Zipline’s drones take to the sky in North Carolina 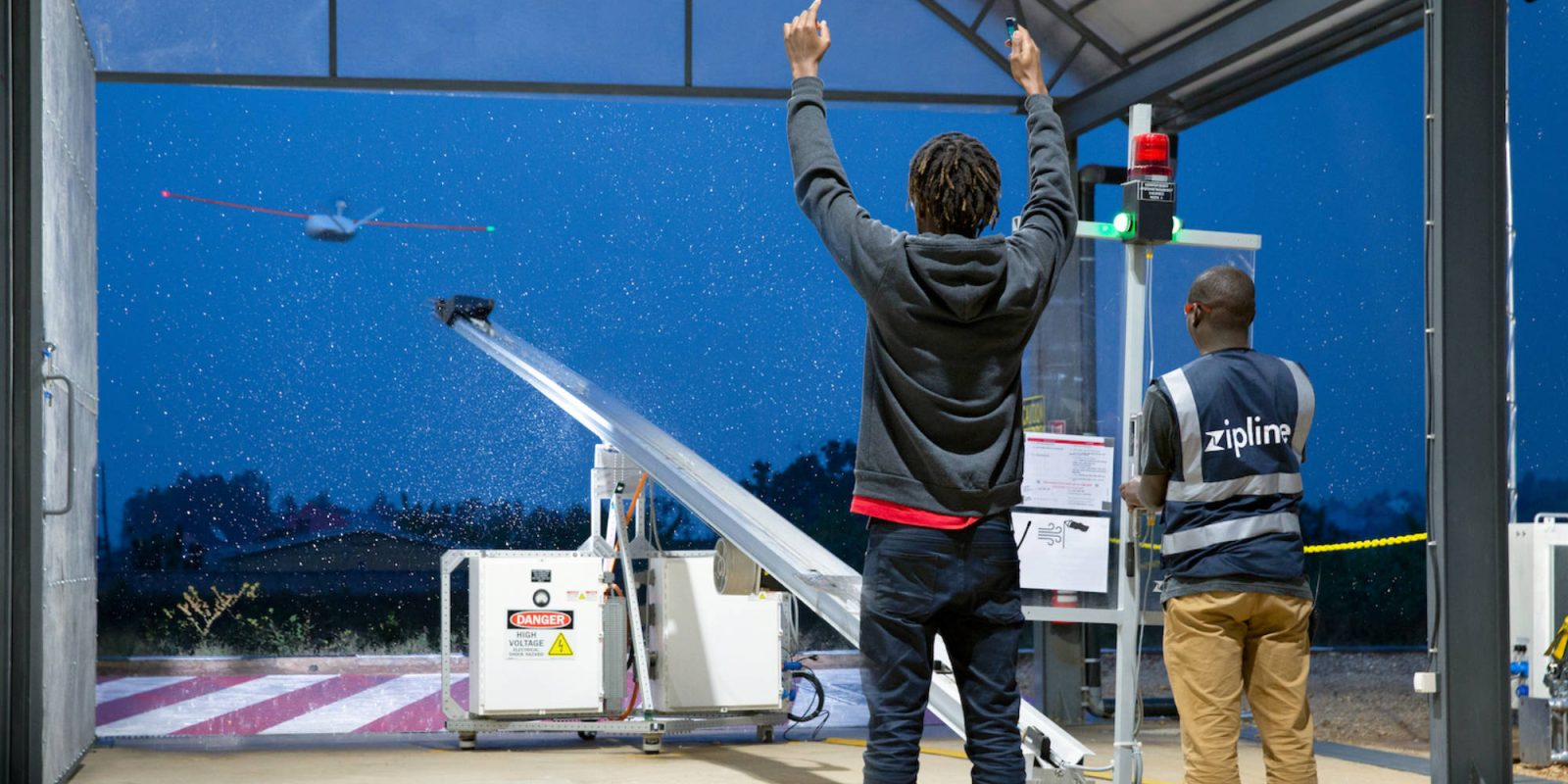 Zipline‘s medical delivery drones have made their first US delivery late last week in North Carolina—six months ahead of schedule. The first drone delivery was pushed forward in response to COVID-19, delivering protective masks.

Zipline took to the sky on Friday, May 22nd to deliver medical personal protective equipment (PPE) to a Novant Health Medical Center in Charlotte, North Carolina. The delivery was fully contactless with the drone dropping the package in a designated spot in the health center’s parking lot.

Zipline now has the ability to deliver medical supplies by drone to Novant Health’s Huntersville location but could have the possibility to service Novant Healths’s 15 hospitals and nearly 700 clinics in the North Carolina area in the future.

To cut down on setup costs, the Zipline drones drop the packages with a parachute system attached to ensure the contents aren’t damaged. As the drones don’t land at the destination, there’s no need for a dedicated team to be waiting to re-launch the drones as they come in.

Zipline was able to get permission from the Stewart-Haas Racing NASCAR racing team who happens to be located next to Novant Health’s logistics center. This meant Zipline has been able to set up a hub that is being used to launch the drones. The hub is capable of handling a maximum of 30 drones but currently only has 10 drones completing dozens of trips each per day. The drones have a round trip range of about 100 miles.

The FAA has given Zipline permission to fly two routes at this time with the maximum distance they can travel being cut down to a 30-mile round trip, significantly lower than the 100-miles the drones are capable of. According to The Verge, if permitted by the FAA to fly the full 100-mile round trips, the drones would be able to reach 30 more Novant Health locations.

Zipline has been delivering emergency health care and vaccines to remote parts of Ghana for the last few years, with the drones making around 30-40 trips per day. That cuts a 4-hour road journey down to only a 45-minute drone flight. The drones are able to complete roundtrip missions of 100 miles and have been able to save many patients with time-sensitive medical issues. The drones mainly carry snake bite anti-venom and malaria medication.