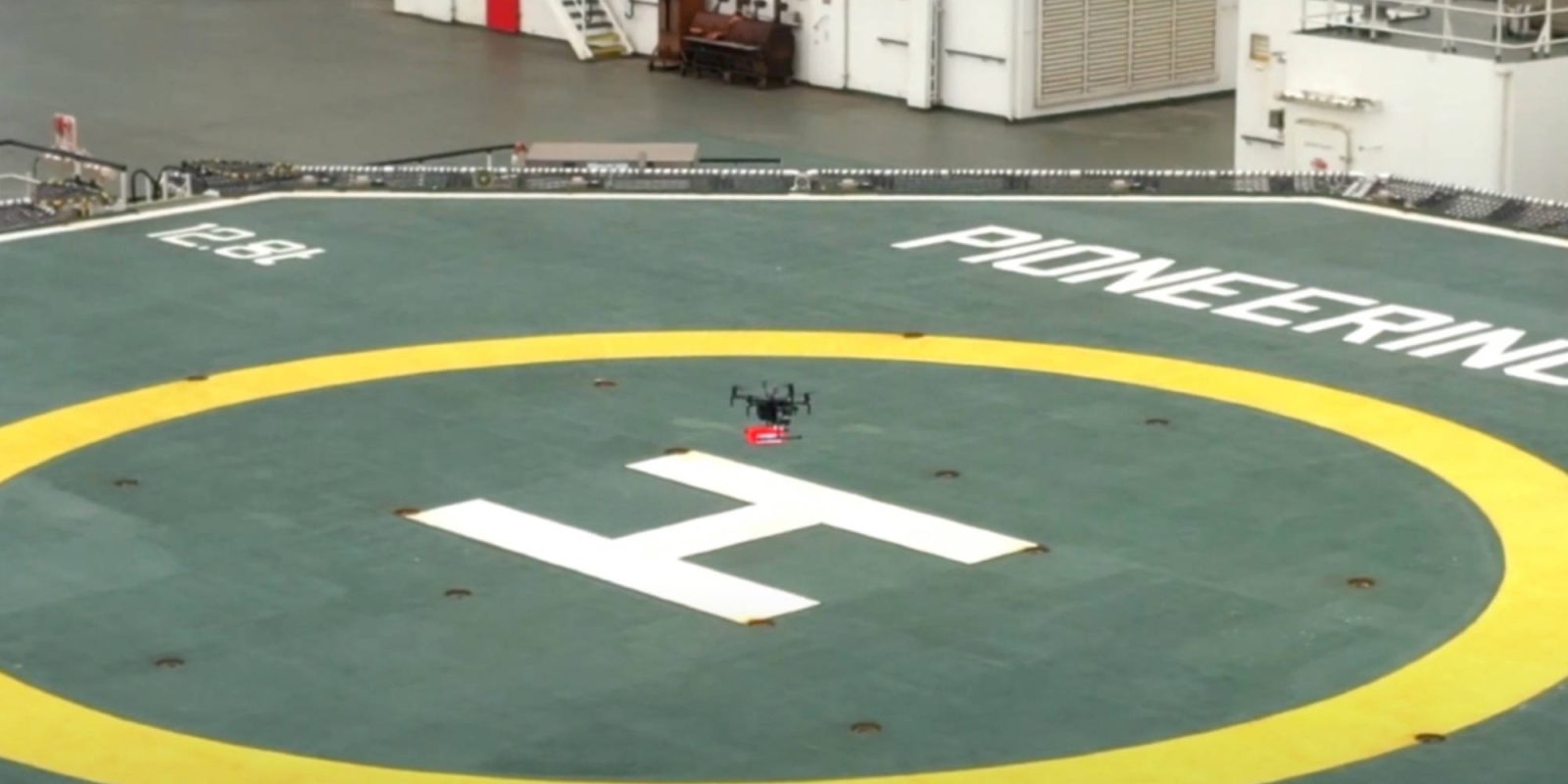 A drone recently delivered a package of parts to the Allseas’ Pioneering Spirit construction vessel, the world’s largest vessel by gross tonnage, making it the first drone delivery of its kind. The pilot project is looking at the usefulness of drones to increase the transport efficiency at the Port of Rotterdam.

Dutch Drone Delta worked with the Port of Rotterdam Authority and Allseas to complete a pilot program in which drones will be sent out to deliver certain supplies needed by ships rather than having a manned boat or helicopter going out to drop off the package.

Over the next few years, the project will focus on preparing the airspace for autonomous drones and ensuring the drone technology is ready to work efficiently and safely in the port’s environment. The first flight was a big step in the right direction, but rather an early proof of concept, as it required the drone pilot to have a visual line of sight with the drone during the flight.

The project’s goal is to have a fully autonomous drone system that is able to deliver cargo to ships over a long distance, with the possibility of using passenger drones to even fly passengers out to ships.

Stephan van Vuren from Dutch Drone Delta commented that the “sky’s the limit when it comes to using drones in the port area.” He noted that drones can be used in incident control and prevention, to reduce water pollution, firefighting, and law enforcement, as well as inspecting the port’s various assets to check for damage or assist in maintenance.

The drones can also be used in a way that is not focused on the port itself, for instance, delivering packages to ships and oil rigs, like it was done in the trial flight, and delivering emergency medicine, equipment, blood, and even human organs. The eventual goal is to also have heavy air cargo drones flying back and forth from ships, along with passenger drones dropping off crew members and passengers.