Drone spotted over the EEOB building in Washington yesterday 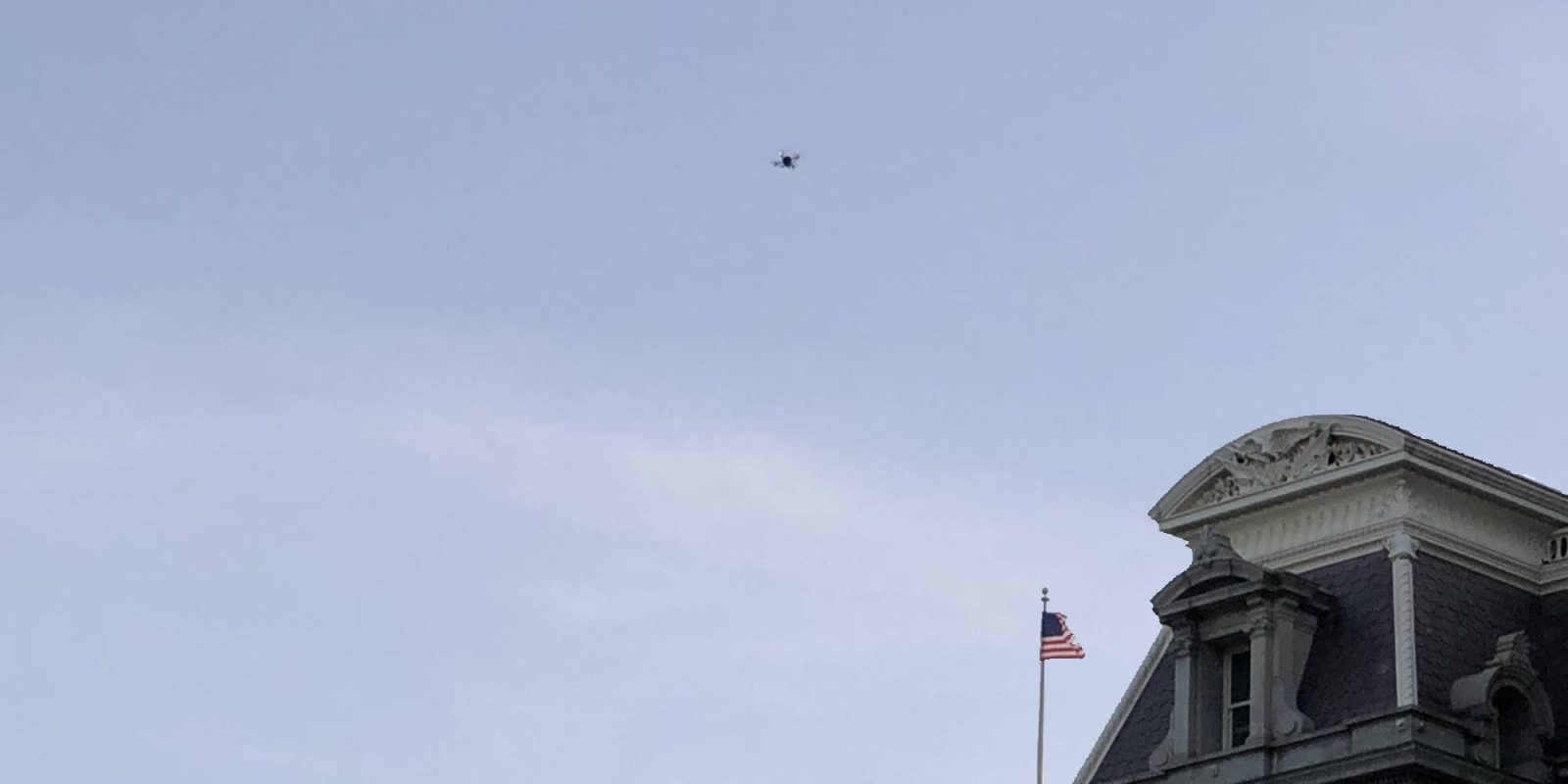 A drone was spotted flying above the EEOB building in Washington last night in use by the Secret Service according to White House Correspondent, Jim Acosta. The drone is likely being used to get a bird’s-eye view of the protestors in the vicinity of the White House.

White House Correspondent, Jim Acosta was able to get a video of a drone flying above the Eisenhower Executive Office Building (EEOB) near to the White House yesterday evening. From the video posted to Twitter by Acosta, we are to see what looks to resemble a DJI Matrice 200 drone.

The video is only a few seconds long, so we aren’t able to get any further information. If the drone is, in fact, an offering from DJI, it is interesting to see the Secret Service using the Chinese company’s drone. As many people within the US government have been suggesting the drones are sending data back to China. We’ve seen some parts of the government grounding all their DJI drones.

Secret service operating a drone over the EEOB this evening pic.twitter.com/X1v3jqqvA7

Drones and the protests

Late last week, a journalist on the ground in Minneapolis spotted what looked to be a U.S. Predator drone circling above. The Predator drone is being used to provide officers in the area with a bird’s-eye view to better understand the movement of the protestors giving them better situational awareness. The predator drone used is, in fact, an unarmed version often used by the U.S. Customs and Border Patrol.

Consumer-level drones have also been in flight around the United States capturing the protests in action and the aftermath caused by the protests turning into riots. The videos show much of Minneapolis is still burning with cars, buildings, and construction sites all being apart of the fiery remains.

What are your thoughts on the use of drones in these contexts? Let us know in the comments below.