Drone flies near to an LAPD helicopter during protests 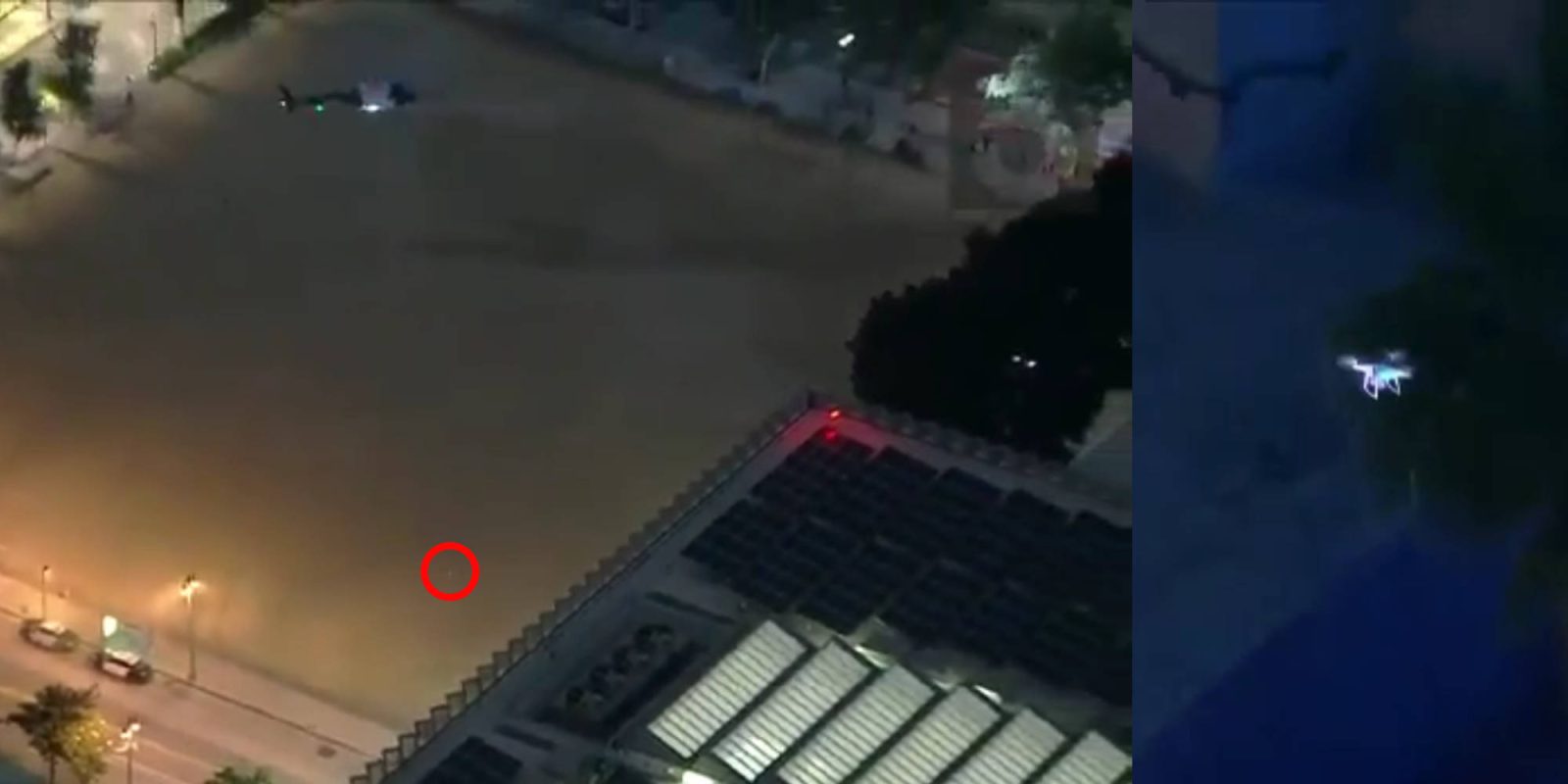 A drone has been spotted flying extremely close to LAPD‘s helicopter during the recent protests offering a good lesson on why to not fly a drone during an emergency.

The video posted to Facebook by Ryan J. Latourette shows an LAPD helicopter hovering over an LA street with what looks to be a Phantom 4 zooming around somewhat unaware of the helicopter above.

From the description of the video, it looks like the pilot did not have a visual line of sight with their drone during the flight, which is currently a must when flying within the rules set out by the FAA.

Here is a visual reminder of why it is imperative that you do not fly your drone beyond visual line of sight and why it is best that you completely steer clear of flying near emergency situations. This was shot last night during the protests in LA. Consider the very serious dangers this drone created.

The video highlights the exact reason why you should always fly your drone within visual line of sight and not to fly in areas that are likely to have helicopters flying low to the ground.

It’s never good to see videos like this involving drones as these sorts of incidents are what ruin it for the rest of us that are flying safely and legally. Unfortunately, with everything, there are those that either don’t follow the rules or are unaware of the laws, resulting in the FAA and cities bringing in stricter drone laws making it harder for people to fly.

What do you think about the video and the dangerous flight the drone pilot decided to take? Let us know in the comments below.