Looters steal $16k worth of drones from DJI’s Manhattan store 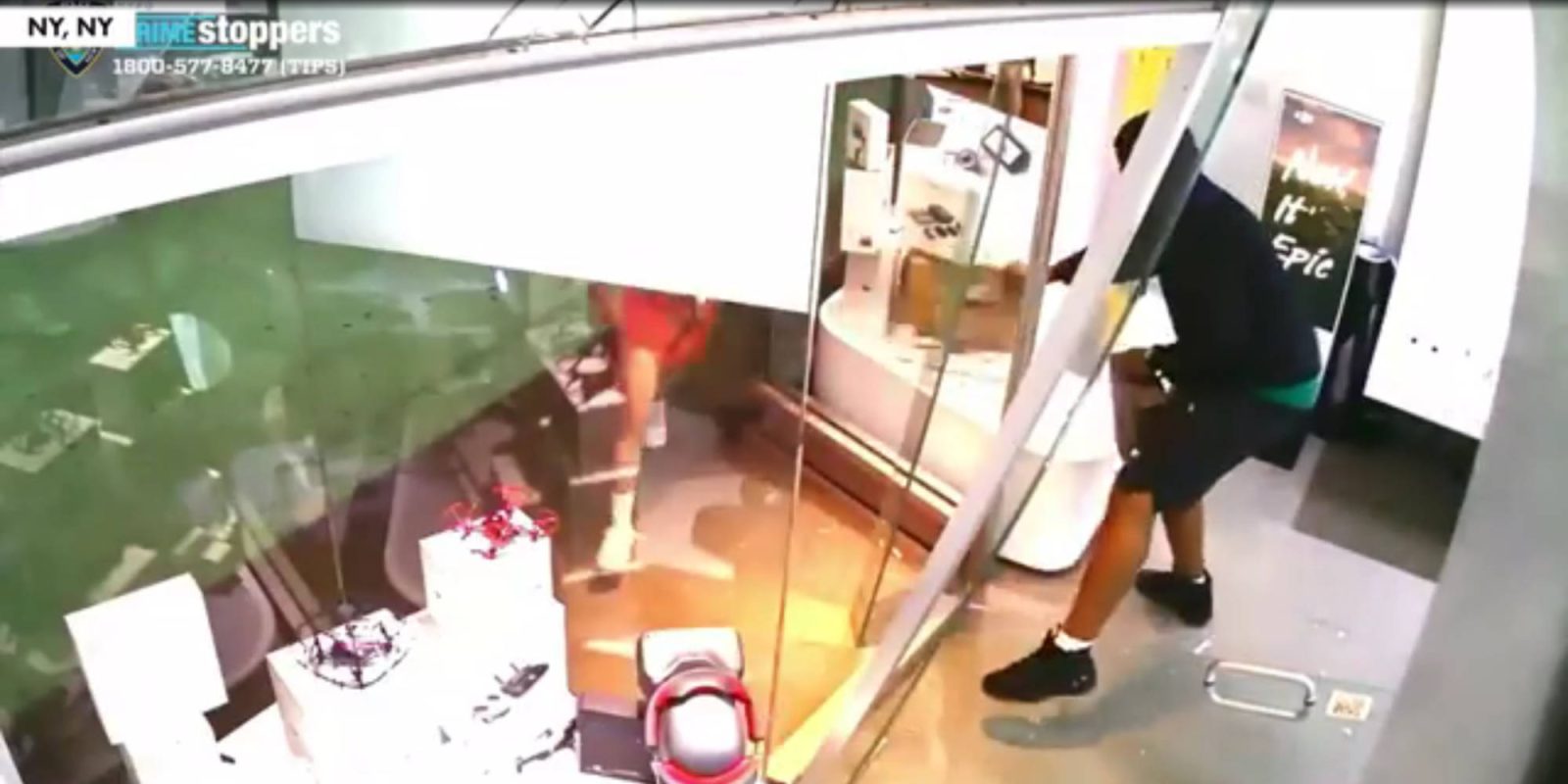 Looters stole around $16,000 worth of drones from DJI‘s Manhattan store last Saturday. Six drones were taken and have not yet been recovered. The incident took place at around 11:25 p.m.

Yesterday Crime Stoppers NY released a video of people apparently robbing the DJI store on Broadway in Manhattan. The group still remain at large at the time of this writing. If you have any tips on the people that are seen in the video you call the Crime Stoppers tip line at 1800-577-8477.

The video shows five people forcing their way through the front door of the DJI store, eventually breaking the glass and entering the store. The video then shows them grabbing merchandise.

From the video, it appears as though the drones stolen were an Inspire 1, an Inspire 2 and its remote, and a Phantom 4 drone. It also appears as though a pair of DJI Racing edition FPV goggles and a Ronin-S or Ronin-SC camera gimbal were taken. We are not sure if the Inspires 2 controller was counted towards the six drones that were reportedly stolen.

Protests around the US

Over the last week or so drones have been present in the protests and riots that have broken out across the US as a result of George Floyd’s killing at the hand of police. Over Minneapolis, a reporter saw what is believed to be a predator drone flying above watching over the protests as they were happening. The predator was sending back information in real-time for law enforcement to better handle the situation.

Consumer-based drones have also been up in the air recording the protests as they happen along with the aftermath of rioting and looting that has seen many business and cars destroyed with firefighters putting out the still-burning fires. A Phantom 4 was also seen flying right under an LAPD helicopter on the night of May 29th.