Over 64,000 turtles spotted by drone at the Great Barrier Reef 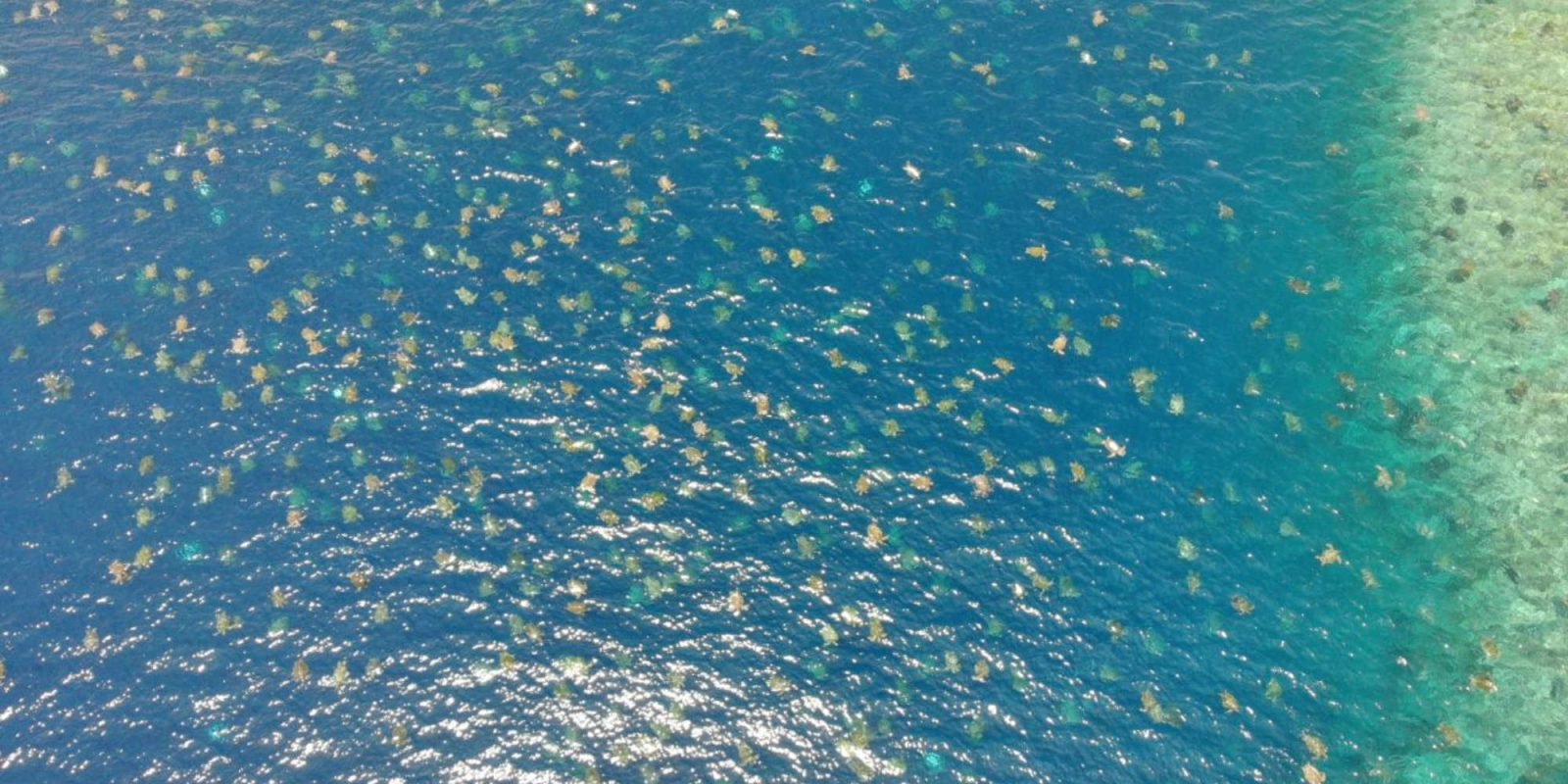 A drone was used to help researchers from the Raine Island Recovery Project track and count the number of turtles migrating through the Great Barrier Reef off the Northeast coast of Australia. Previously the researchers would count the turtles from a boat by painting a white stripe on their shell.

The footage, which was captured back in December 2019 by a drone shows over 64,000 female turtles migrating towards Raine Island where they lay their eggs. While the research team currently counts the turtles manually, they hope to analyze the video footage using AI to automatically count the turtles in the video, making the collection of data even easier in the future.

Dr. Andrew Dunstan from the Queensland Department of Environment and Science had the following to say on counting the turtles and how drones are helping with it.

“Trying to accurately count thousands of painted and unpainted turtles from a small boat in rough weather was difficult. Using a drone is easier, safer, much more accurate, and the data can be immediately and permanently stored. In the future, we will be able to automate these counts from video footage using artificial intelligence so the computer does the counting for us.”

Richard Fitzpatrick from the Biopixel Oceans Foundation added that using a drone to count the turtles has turned a team effort into a one-man operation which can be done in under an hour thanks to the drone.

While drones were found to be the best way to track and count the turtles, the researchers also found that using a GoPro was a great alternative for underwater counting of the turtles. You can view the full journal here with all the findings published in it.

What do you think about the use of drones in helping to count the turtle populations? Should drones be used more in this field of work? Let us know in the comments below.