Police drone and helicopter collide in flight over Canada 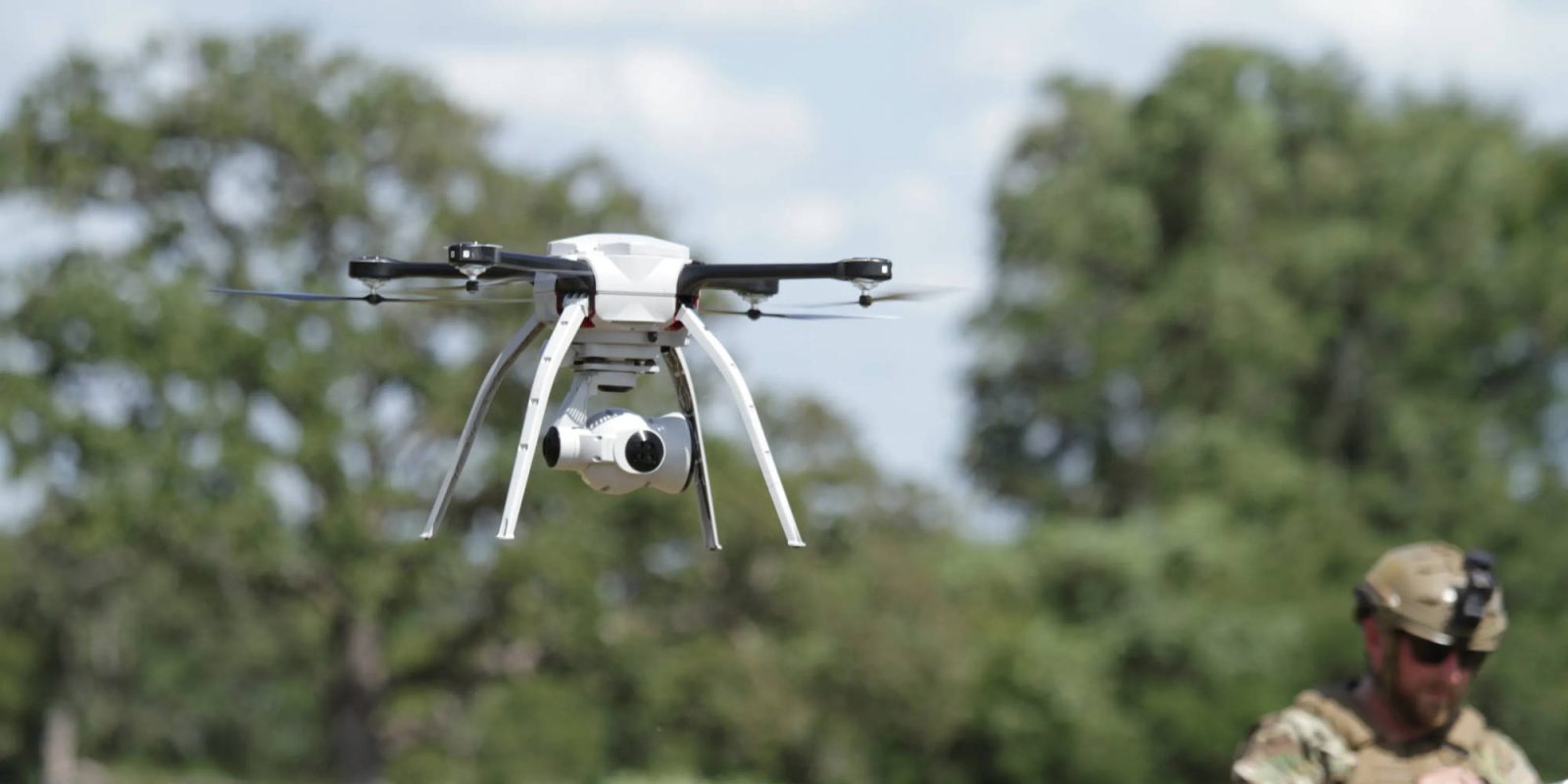 A Royal Canadian Mounted Police (RCMP) drone collided with an RCMP helicopter in British Columbia, Canada back on February 6th. The collision resulted in the drone being destroyed, and the helicopter suffered a small amount of damage to the main rotor.

A UVT FLIR SkyRanger R60 drone which was being operated by the Royal Canadian Mounted Police (RCMP) collided with an Aerospatiale AS350-B3 police helicopter while climbing in altitude. While the incident only involved one drone, two were flying in the area at the same time.

The summary of the collision states there were three people on-board the helicopter at the time of the collision with none of them being injured. The helicopter was reportedly completing a low-level flight (under 300 feet) when the drone collided with it. The pilot noticed some vibrations and decided to land the helicopter on the road. Later on, the maintenance staff found damage on the main rotor blades along with superficial damage to the tail boom and tail rotor. The full summary can be read below:

TSB Report #A20P0019: C-GMPN, an Aerospatiale AS350-B3 operated by RCMP Air Services, was conducting policing activities 24nm SW of Houston (CAM5), BC with 3 persons on board. Also operating in the area were two RCMP operated RPAS units. During low level flight (below 300 feet AGL), the helicopter and 1 RPAS (FLIR SkyRanger R60 – 2.4 kg) collided. The helicopter suffered some initial vibration and the pilot completed a precautionary landing on a road without further incident. Maintenance staff found damage primarily to the main rotor blades along with superficial damage on the tail boom and tail rotor. The effected components were removed as per the maintenance manual for repairs or overhaul as required. The RPAS was destroyed. There were no injuries to persons in the aircraft or on the ground.

As a result of the collision, drones and helicopters are no longer allowed to be in the air together unless the drone stays under 300 feet and the helicopter stays above 500 feet. A similar incident almost happened in Los Angeles the other day with an LAPD police helicopter flying what looked to be below 500 feet with a rogue drone flying closely under it.