Drone helps save father and daughter in the San Joaquin River 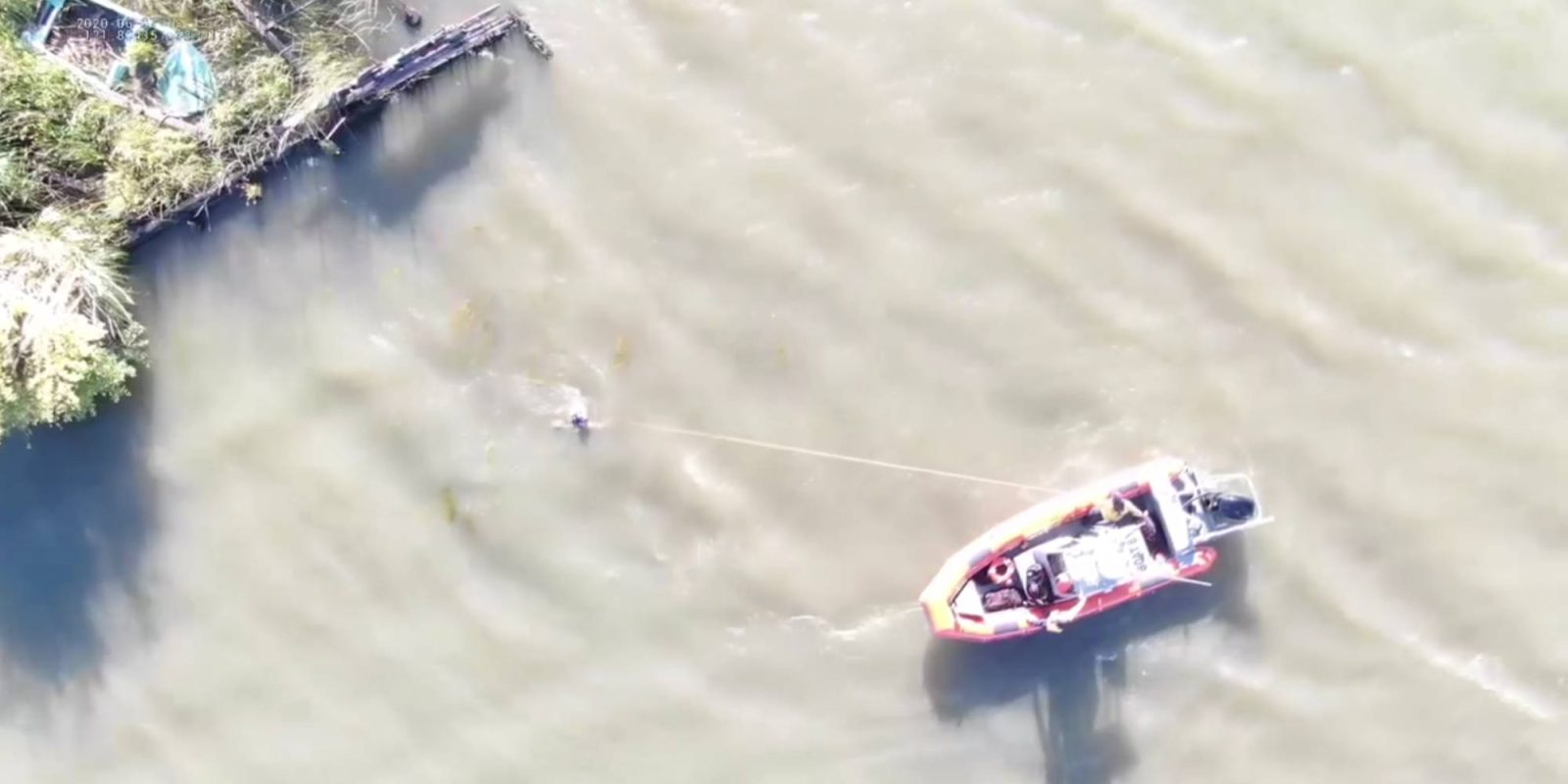 Shane Cole from the Antioch Police Department recently used a drone to help rescue a father and daughter after their canoe capsized in the San Joaquin River, California. The drone was able to locate the two, with Mr. Cole saving the daughter and the Contra Costa Fire department rescuing the father.

At the beginning of the video, were are able to see a fellow citizen reaching the father and daughter, guided by the drone. He picked up the daughter and took her back to land, while the father remained in the water staying against the sunken train ferry.

The drone follows the canoe with the daughter in it for a few seconds before watching over the father who is still in the water. The drone continues to monitor the father while he waited for the Contra Costa Fire department to arrive in its rescue boat. Within minutes the rescue boat arrived and picked up the man.

Police Sergeant Rick Smith also shared in the LinkedIn post that the river takes multiple lives per year due to drownings, and is a good reminder of why you should always wear your life jacket.

Recently, AntiochPD received a call of a father and daughter in the water after their canoe capsized while in the middle of the San Joaquin River. APD Ofc Shane Cole is one of 6 UAS pilots who bring their UAVs on patrol with them. He was able to rapidly deploy and located both victims in the area of an old sunken train ferry. A citizen assisted after being shown where they were. He rescued the child in his canoe. ConFire Engine 81 dispatched their rescue boat and was able to rescue the exhausted father. The Delta claims several drowning victims every year, but not today. Reminder to always wear your life jacket.

What are your thoughts on drones being used in search and rescue situations? Should law enforcement use them more often? Let us know in the comments below.