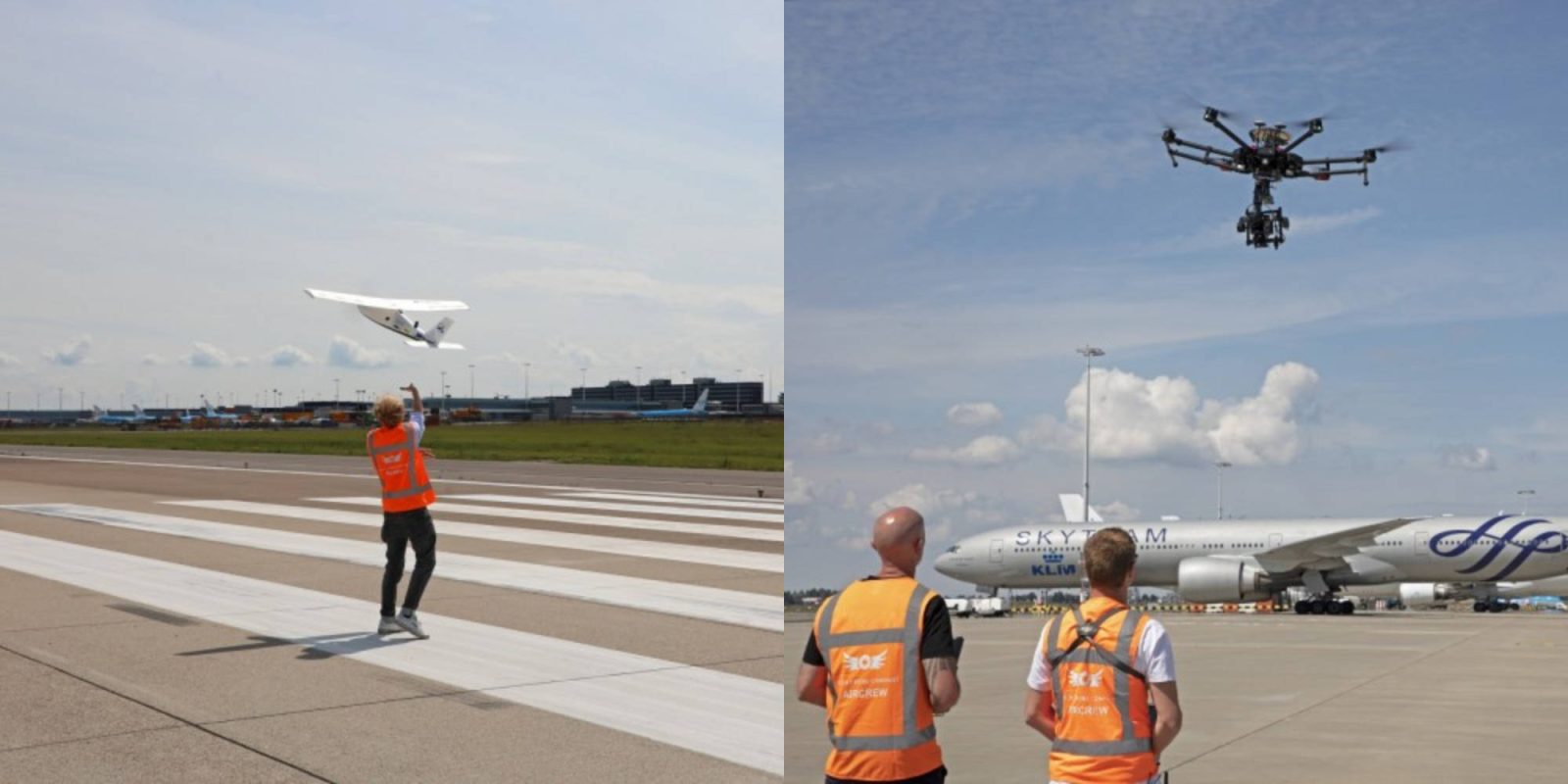 Schiphol Airport in Amsterdam will soon begin a one-week trial of inspection drones that will be used to check the taxiways, buildings, and aircraft. It will also be using drones to transport light goods between different locations within the airport.

The airport will use drones led by Luchtverkeersleiding Nederland (LVNL) with partners Royal Schiphol Group and Dutch Drone Delta. The drones will be in the air until June 24, thanks to a temporary regulation introduced by the Ministry of Infrastructure and Water Management (MIWM), which lifts the ban on drones.

The trial will be taking place far away from active runways. The drones will fly in various locations and at different heights to see how drones are able to function and serve a purpose in an airport environment.

All the drones will be operated by certified pilots that will be working in coordination with Luchtverkeersleiding Nederland (LVNL) who are in charge of air traffic control in the Netherlands. The drone pilots will also be in constant contact with the control tower.

Our plan is to integrate drones into our airspace in the future so that unmanned and manned aircraft can operate safely side by side. That is a challenging task. We see the current, quieter airspace as an opportunity to practice this and test procedures. In this trial, we can gain initial experience regarding how to safely fly both manned aircraft and drones at Schiphol.

Dutch Drone Delta shared that most interactions in the future between manned aircraft and drones will mostly occur at airports, making this trial an important step. Dutch Drone Delta, along with looking at the procedures and techniques used, will also be turning to visitors and staff to see what they have to say about the drones at the airport.

Do you think drones should be flying around airports? Or should alternative methods be used to avoid the risk of collisions? Let us know in the comments below.