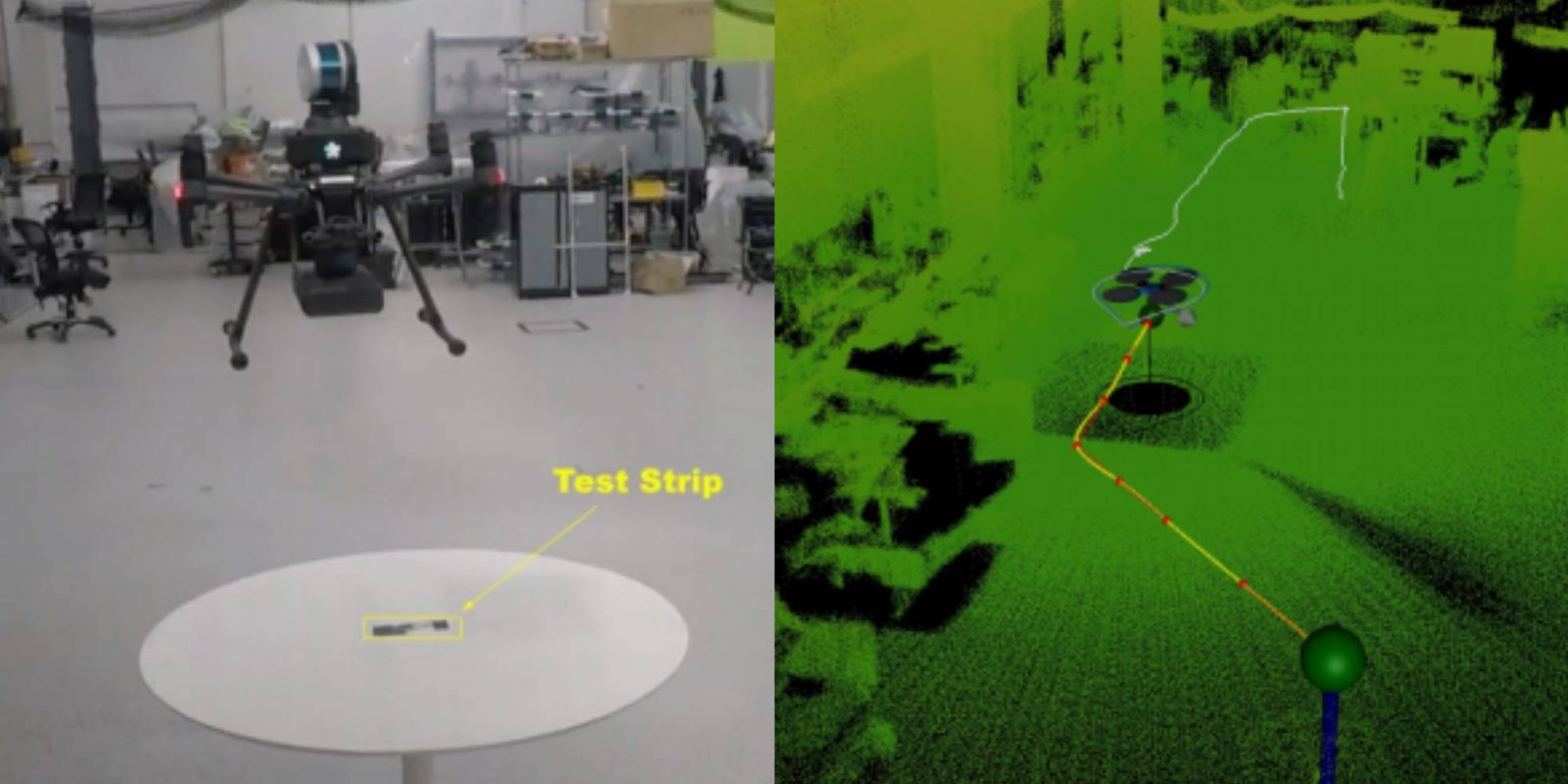 UV equipped drones have been mentioned as a possible way to disinfect large areas of COVID-19. Exyn Technologies explored using drones to do so and found that the time and power required would make it an inefficient solution to the problem.

As the COVID-19 pandemic continued to grow in severity, robots equipped with UV lights were soon deployed to sanitize fairly small hospital rooms. Scaling a ground-based system like this would be efficient in something like airports or sports arenas.

The answer to this was drones equipped with UV lights. The benefits were quickly noted with the drones being able to cover a larger area in a shorter amount of time compared to a ground-based solution.

Exyn Technologies then started experimenting with the UV equipped drones and found that the light was capable of disrupting the virus RNA after a set amount of time. From these tests, more questions arose that needed to be answered.

The team at Exyn got to work and created a device equipped with four nine UV LED engines that are able to cover a five by five-meter area when used at a distance of one meter. The four engines were then equipped below a drone with a 7,500 mAh battery pack.

From these results and flight tests, the team found that the drones are capable of hovering in a specific spot for the required amount of time, but also found that using drones would take too much time and power for the amount of work they would do. The results suggest that an alternative method would be more efficient, which could include using a spray system rather than UV lights.