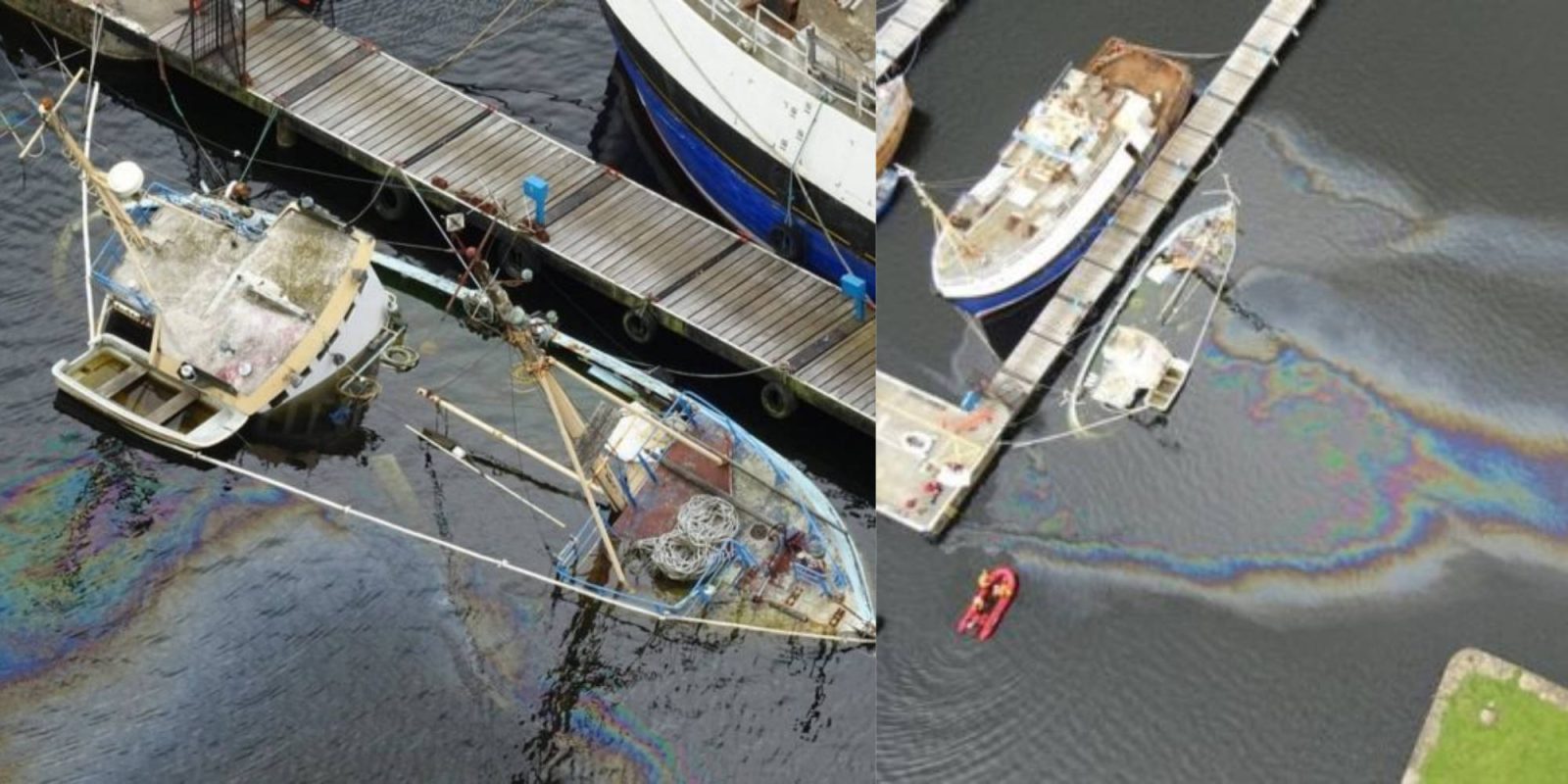 Firefighters were called to a sinking boat at Glasson Dock Marina in Lancaster, UK early on June 23rd with the job of containing its leaking fuel. The firefighters along with a hazmat unit, boat unit, and aerial unit all worked to limit the environmental impact.

The Lancashire Fire and Rescue Service (LFRS) was called to the marina at around 8 am BST to help contain the fuel coming out of the sinking boat. The fire crew used a 150-meter (~490 ft) boom to contain the fuel. The exact reason the boat sank has not been released to the public.

The fire department also had a drone on the scene capturing the full extent of the spill to approximate the size of the boom required to contain all of the fuel. The drone also captured some images of the boat sinking and the fuel glistening on the water’s surface.

The original report from the incident can be found below:

Firefighters from Lancaster were called to assist at an incident in Glasson Dock Marina, Lancaster early this morning (23 June). Reports said that a fishing vessel had sunk and was leaking fuel into the marina. In addition to one fire engine from Lancaster attending, support is being provided by the Hazmat Unit from South Shore, the boat unit from Preston and the aerial support unit. Crews are working alongside multi-agency partners to mitigate the environmental impact of the incident and members of the public are being asked to avoid the areas if possible and keep windows and doors closed as a precaution if you live nearby the incident.

A few hours after the report, at 12:30 pm, the Lancashire Fire and Rescue Service shared an update saying they were still working to get the fuel spill fully contained. The fire department shared another update at 6 pm saying the incident was no longer an emergency and had been handed over to the Lancaster Council.