Is DJI working on an FPV racing drone? 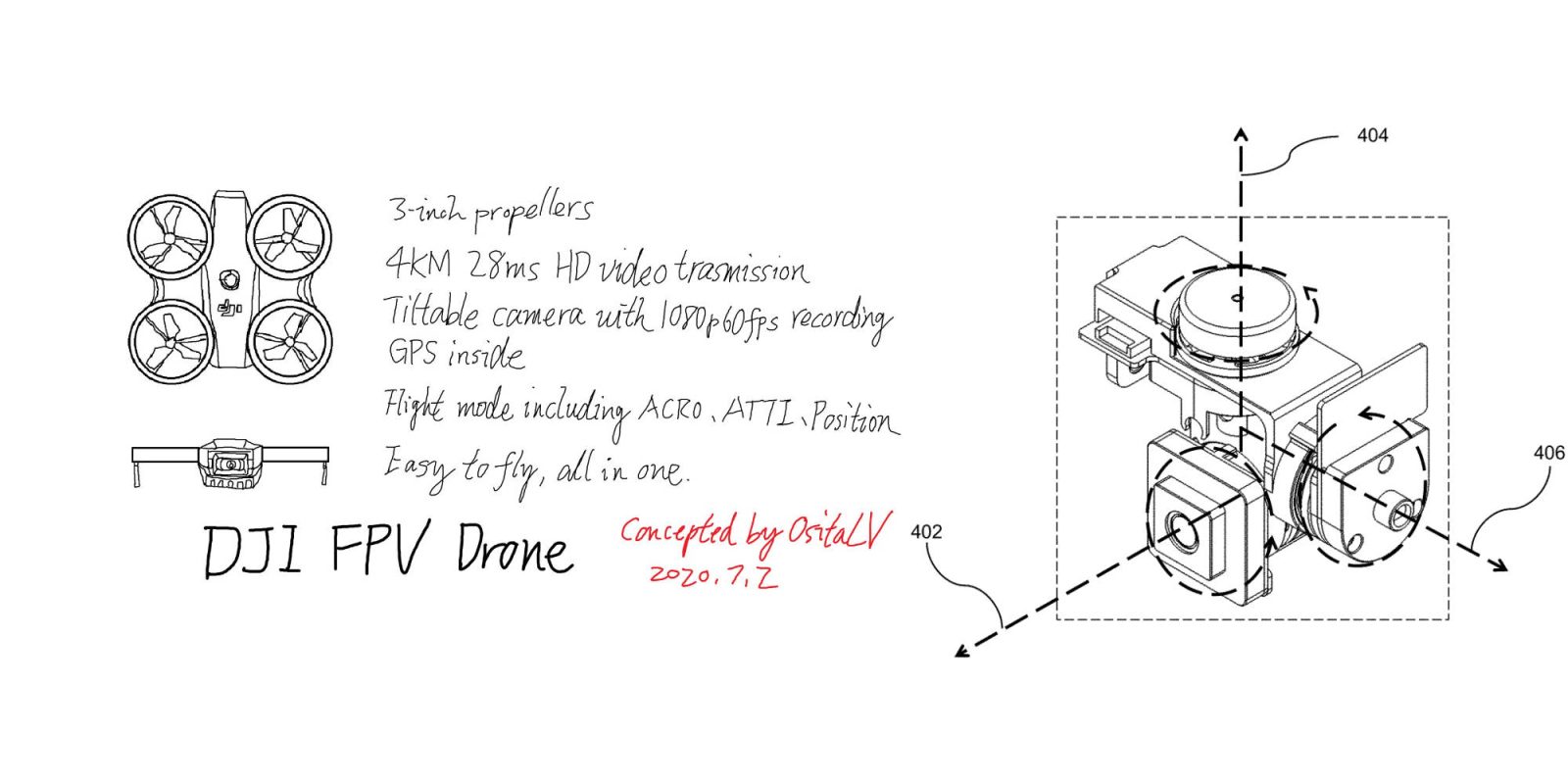 Rumors have spread that DJI is working on an FPV racing drone. Let us take a look at a drawing of the possible drone and a patent filed by DJI. Is DJI working a new drone that will change the FPV world forever, like they’ve done with the Phantom and Mavic series?

In July of last year, DJI released its FPV camera system to the world, featuring a digital link with little lag allowing for one camera to be used for the flying of the drone and recording. When the release was announced everyone was wondering if DJI would bring out a full racing drone.

Yesterday, OsitaLV on Twitter shared a drawing of what looks to be the DJI FPV Drone with a few of its features listed. The drawing shows the drone, which looks to be like the Mavic Mini when looking front on but with a slightly different style when looking from above. The propellers looked to be enclosed with a guard with a support arm joining the front and rear propellers together.

The front view looks to have a camera like the Mavic Mini and could be the patent shared below. The camera looks to be gimbal stabilized and fully enclosed within the drone to prevent damage that can be caused in a possible crash.

The drawing also shares that the drone is likely to have 3-inch propellers, a 4km HD video transmission with a latency of 28ms, the same the DJI FPV System. It also suggests the drone is equipped with a tiltable camera capable of 1080p 60fps recording. The drone also includes GPS with ACRO, ALTI, and position flight modes.

A patent from DJI’s gimbal division, SZ DJI OSMO TECHNOLOGY CO LTD, was publicly released earlier this year with what looks to be a new gimbal for an upcoming drone. The camera is underslung, so it is likely not for a handheld gimbal such as the Osmo Pocket. From the drawings, we can see the camera looks to be small with a compact design that could fit into an FPV drone.

DJI also shared a patent of what looks to be a tiltable camera module. The module is fully enclosed and uses a servo to tilt the camera up and down. The system looks like it can be opened by the user suggesting that the camera could be replaced at a later date if it gets damaged in a crash. The servo-powered tilt could mean DJI is working on a system that will keep the camera horizontal no matter the angle the drone is, removing the need to angle the camera up before flying.

It is likely that DJI will make an FPV drone — they have already shown interest in the FPV market with the release of the DJI FPV System which can be added to third-party FPV drones. It would make sense for DJI to create an all-in-one solution like it has with the rest of its drones.

It would also make sense for DJI to enter the FPV market, as it is continuously growing, thanks to the sport going mainstream with the Drone Racing League. DJI would also be able to design a drone to its standards and implement its impressive technology to make the drone the best it can be.

What do you think about the drawing from OsitaLV and the patents from DJI? Let us know your thoughts in the comments below.