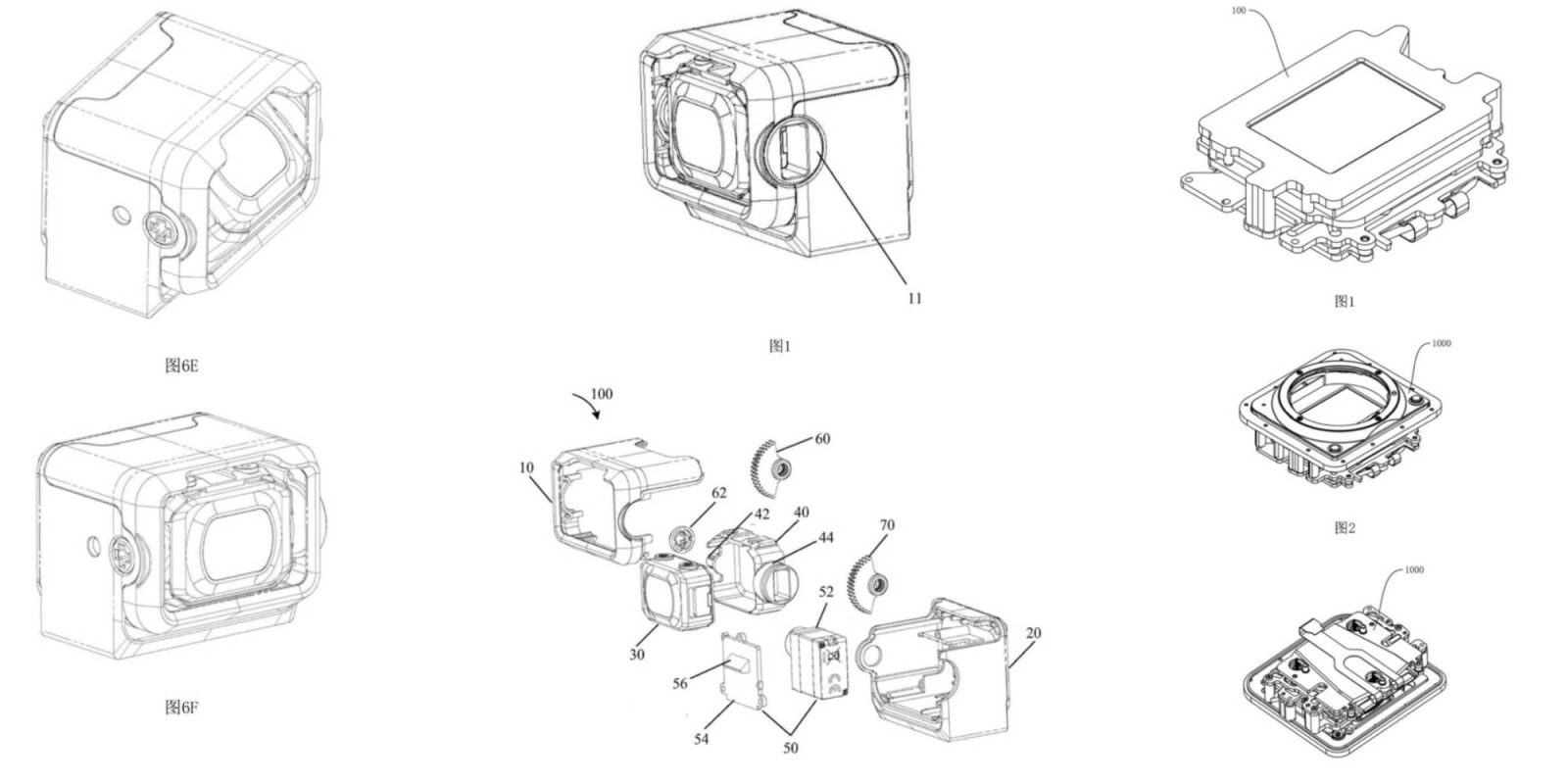 New patents from DJI have shown off what looks to be a new camera module and an optical image stabilization (OIS) system for a possible upcoming DJI product. The new camera module is rumored to be a modular system that can be equipped on various products.

A few new patents have recently surfaced online via OsitaLV on Twitter. The new patents point to a camera module that can be swapped out and used on various DJI products along with the internals of what looks to be an optical image stabilization (OIS) system for the camera module or another camera DJI is working on.

From the images and a rough translation of the write up on the patent, it looks like the camera module can tilt up and down using a gear system and servo. The camera also looks to be enclosed is some sort of casing, which could suggest it has been designed to take impact, possibly for a DJI racing drone. The camera itself looks to be replaceable as the housing is able to be popped out with ease, allowing for camera upgrades in the future. The tilt functionally could be DJI solving the issue of having to angle your FPV camera up when flying at high speeds by automatically tilting the camera to stay in line with the horizon.

Patent is patent, can be a future product or paper.
There is only one true OsitaLV. pic.twitter.com/WWQKjV72Y2

The next patent is for an optical image stabilization (IOS) system with a sensor and lens mount on the same unit. The module looks to be fairly small and could be a similar size to the Mavic 2’s camera package. The patent could suggest that DJI is working on an optically stabilized sensor with interchangeable lenses most likely for the Mavic 3 or the Phantom 5 (if it’s ever released). Unfortunately, we do not have any more information for this patent and do not have access to the write up for it. We will share an update once we learn more about the module and exactly what it could be for.

DJI is developing their own OIS system. pic.twitter.com/DhtaTU3fGS

What do you think of the patents? Do you think they are related to one another? Let us know your thoughts in the comments below.