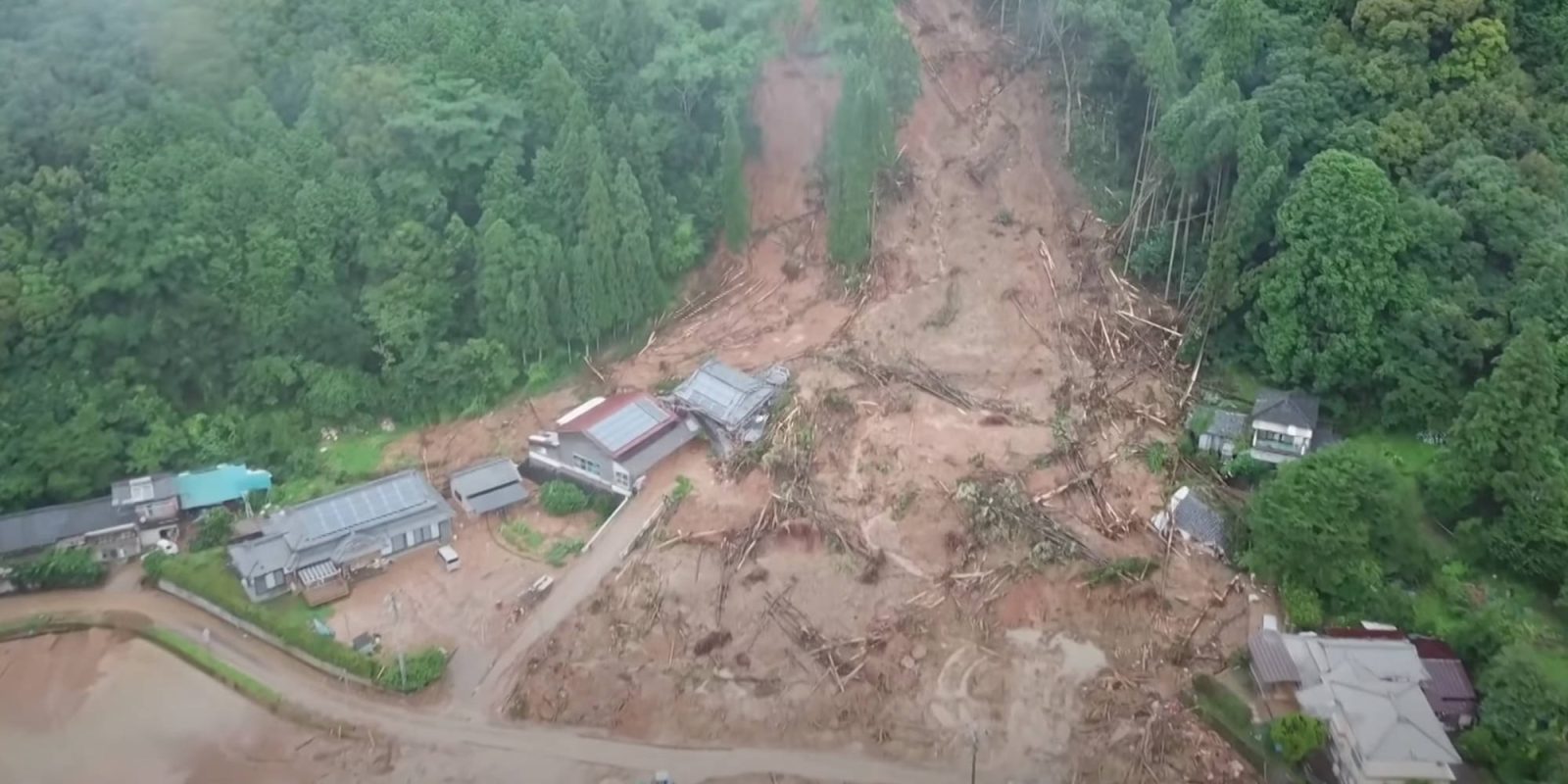 Drone footage has captured the aftermath of recent heavy rains in Japan that have caused landslides and flooding throughout Ashikita, a city in the Kumamoto prefecture. The flooding has reportedly taken the lives of 58 so far.

For more than a week Japan has faced flooding caused by large amounts of rainfall in various areas. The hardest-hit towns have been along the Kuma River as it links in with another river often causing it to flood.

More than 3 million people living in affected areas were told to evacuate as soon as possible. Some stayed put and didn’t make it out in time. To help with the cleanup, 10,000 soldiers will be deployed along with emergency food, water, and medical supplies.

Japan’s Land Ministry has recorded 71 landslides across 21 prefectures and plans to increase the rescue and relief personnel to 80,000. According to Reuters, companies like Toyota, Mazda, and Panasonic have ceased operations due to the heavy rain.

In the video below, we are able to see a clear path where the rain has caused the ground to loosen enough for it to rush down the side of the mountain taking down trees and, unfortunately, people’s homes as well. The second shot in the video gives us a clearer look at the mudslide, which has gouged out a large chunk of the mountain.

The final shot of the video shows the damage caused to the houses but also to what appears to be rice fields. You can watch the full video below or via this link.

Let us know your thoughts on the devastating floods in Japan. Will drones will be deployed to help with the search and rescue and the rebuilding efforts?