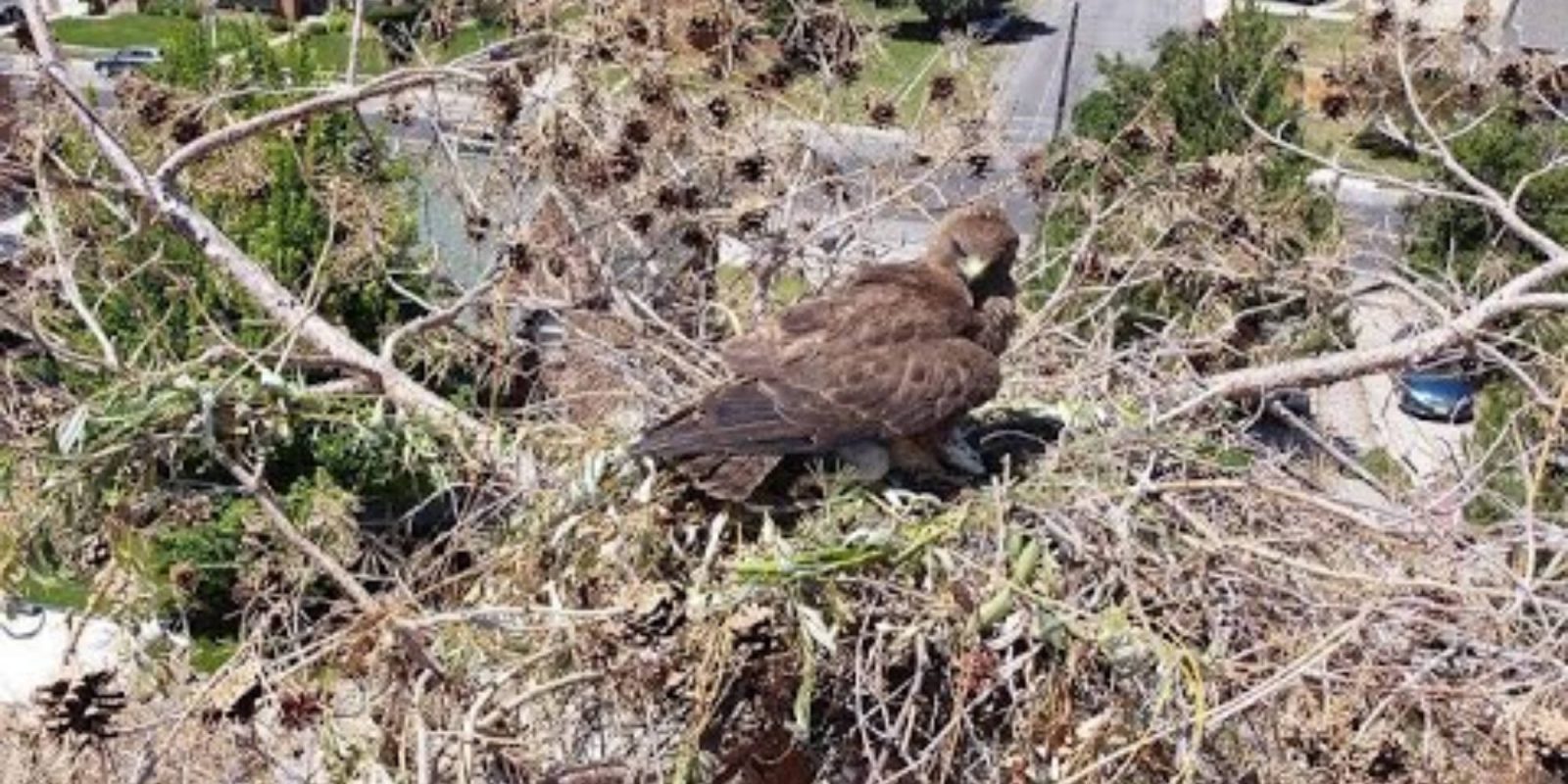 A drone video shared by David Johnson shows a hawk nesting with two babies at the top of a dead Ponderosa pine tree in River Heights, Utah. Johnson was alerted to the bird on his rental property after the tenant let the tree-cutting company know they were there.

Once Johnson was made aware of the nest in the tree that was about to be cut down, he arrived to the property with his drone and sent it up to see the hawk protecting its young.

Johnson called the Utah Division of Natural Resources to see what he could do regarding the birds. The hawks are protected by the Migratory Bird Treaty Act that stops anyone from cutting down a tree while a bird species protected by it is in the tree.

It’s believed that the hawks in the video are Swainson’s hawks, which are known to migrate over massive distances. They migrate to South America during the winter and have been known to go as far as Argentina.

The hawks (and tree) were left alone, and Johnson later added that he will check back in a few months with his drone to see if the hawks have left. He was also happy to have gotten some cool shots of the nesting hawk and its babies.

What do you think about the use of the drone in the above video? Do you think tree-cutting companies should purchase drones as an added layer of safety? Let us know your thoughts in the comments below.