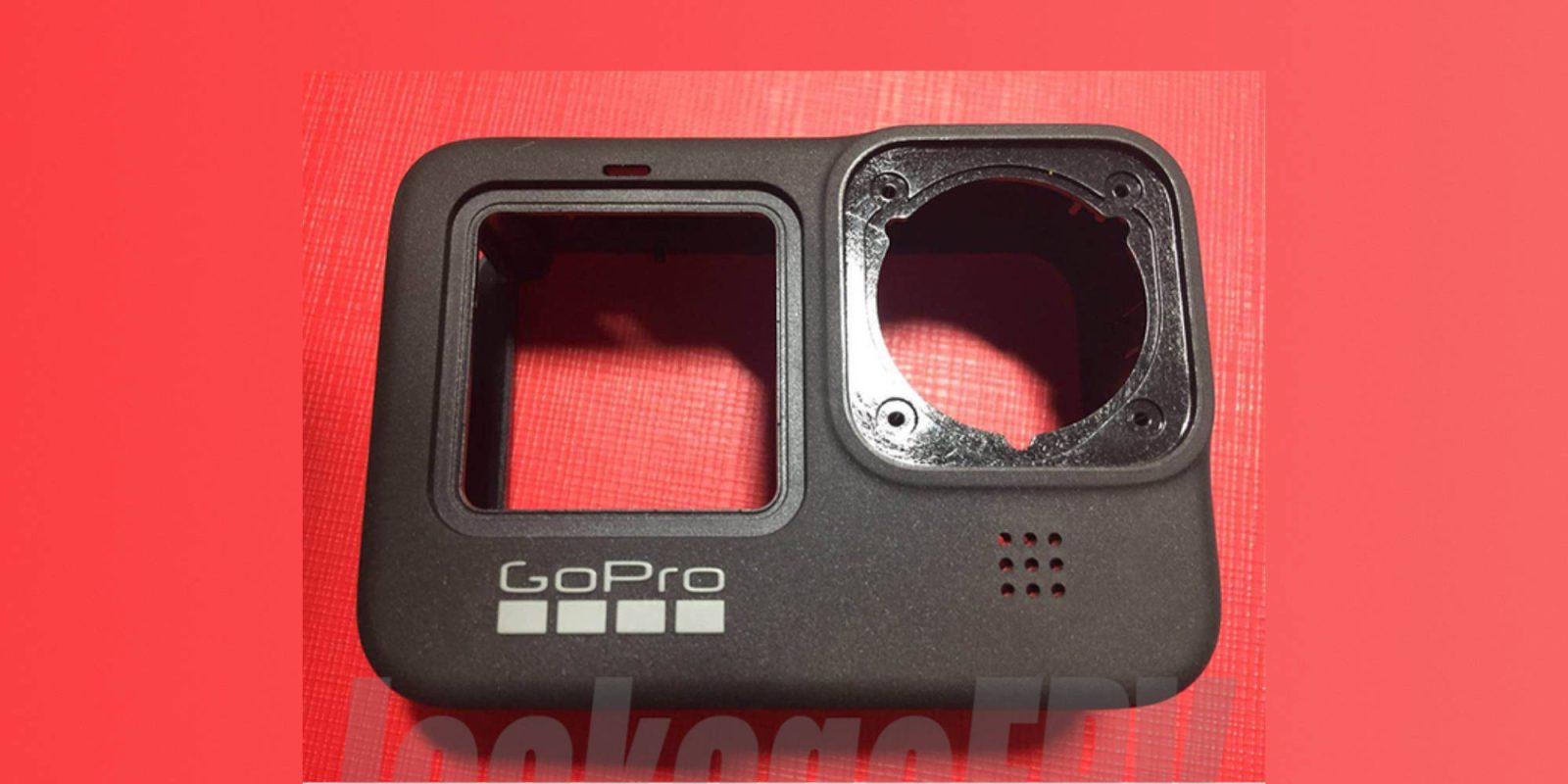 We have come across what is believed to be the front shell of the upcoming GoPro Hero 9 action camera. With a larger front display cut-out, the appearance hints at a look similar to the DJI Osmo Action.

A few months ago a new camera from GoPro hit the FCC’s test bench where we learned a few facts about the upcoming camera. A big feature was a new menu option titled “Display” – suggesting the camera will be equipped with two screens.

Today, a new leak from a Reddit user has made it even more apparent the upcoming GoPro will have a front display. The leaked image shows a GoPro shell with an abnormally large front display cut out in comparison to previous GoPro cameras. The cut out looks to also match the menu option found in last month’s FCC leak.

The display looks to be a similar size to the DJI Osmo’s front display and will likely not be a touch screen, instead, more of a display that can be used to frame a shot without having to look at the back of the camera. We can also see the Hero 9 will have a similar microphone setup to the Hero 8 and hopefully a removable lens.

Since the launch of DJI’s Osmo action camera, GoPro has seen a cut in its market share due to the Chinese tech company’s impressive build quality, matched feature set, and the inclusion of new features such as the dual screen. During this time GoPro has also seen a few negatives. There was the expensive fail of the GoPro Karma drone along with various company layoffs. In April, 200 employees or 20% of the company was let go in what is believed to be a structure change.

From this point, it certainly looks like GoPro will be playing a game of catch up with DJI for its future cameras. I am sure GoPro will add a new feature here or there but for the most part GoPro seems to be one generation behind DJI. Now that GoPro is adding one of the Osmo Action’s best features, the dual screen, it seems likely the catch-up game will continue.

What do you think about GoPro’s upcoming action camera and the game of catch up it looks to be playing with DJI’s Osmo line? Let us know your thoughts in the comments below.