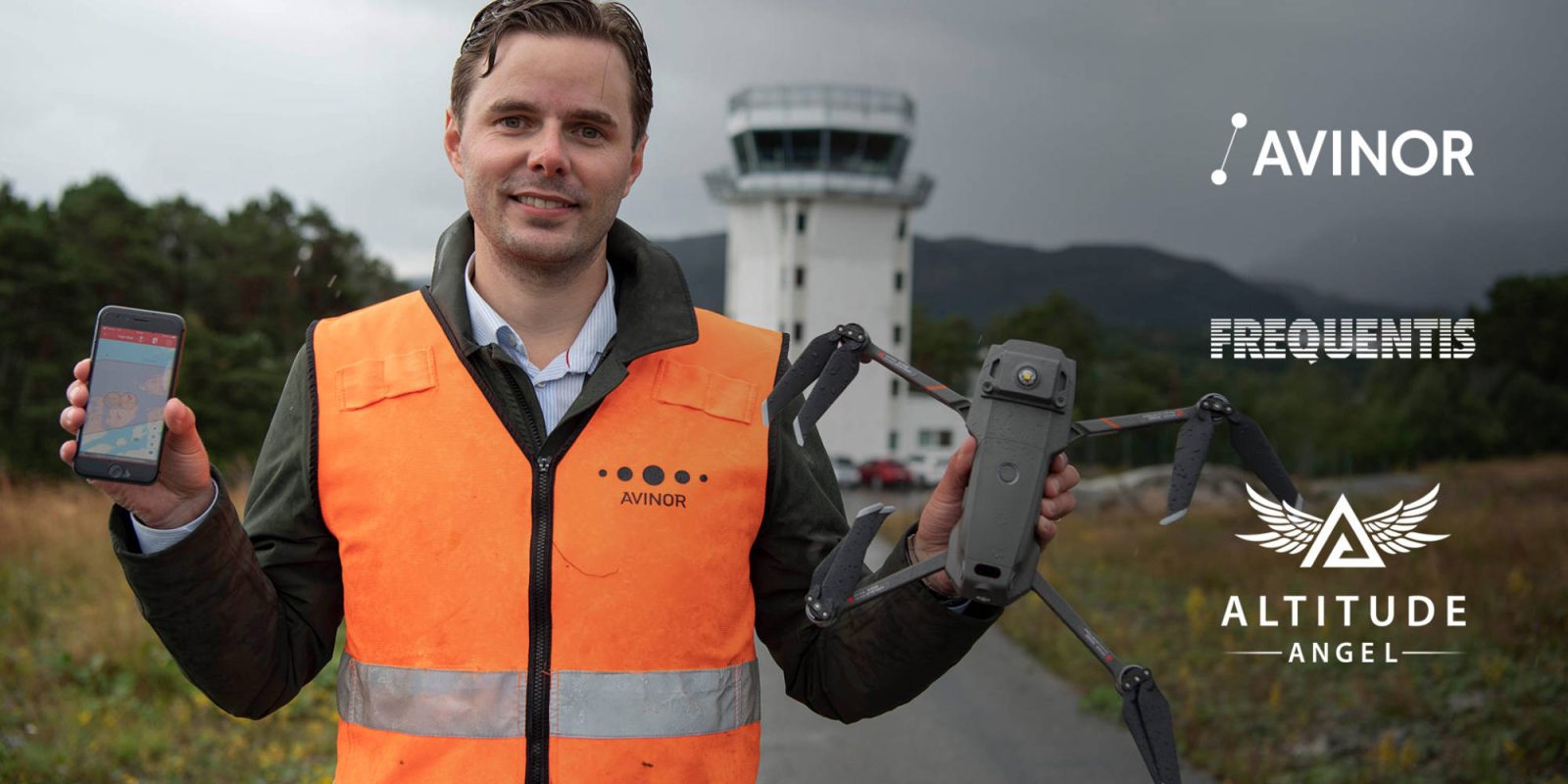 Norway’s state-owned airport operator Avinor is rolling out the first Nordic UTM drone system, and Frequentis and Altitude Angel are providing hardware and software support. The system will be placed on two airport towers in support of the Norwegian government’s drone strategy.

The unmanned traffic management (UTM) system is first being tested at two airports before being rolled out nationwide. The UTM system allows for an overview of the airspace and communication between air traffic control and drone operators.

The system is in support of the government’s drone safety strategy due to the increase in drone usage and rise in reported incidents involving drones. The country’s Air Navigation Service Provider (ANSP), Avinor ANS will now watch over the drone flights and ensure they are done in a safe manor.

To manage the increasing number of requests from drone operators we require a digitalized system to replace as much of the manual operations as possible. The ability to implement real-time no-drone zones, provide geo-awareness, flight approvals, and easy access to drone operator contact information will improve safety for both Avinor ANS and all airspace users. This phased rollout of UTM at the first two airports will allow the local drone community to use the applications and provide feedback ahead of a nationwide rollout.

The UTM system is now operational at Bodø Airport and Kristiansund Airport. We are pleased to be working closely with Avinor ANS on their goals for commercial drone use, shaping the future of UTM together. By providing an advanced drone management environment that integrates both manned and unmanned traffic, we ensure information flow between all relevant stakeholders in real-time.” The Application was delivered fully cloud based during COVID-19. Meetings were held entirely virtually. The complete solution is operated from a cloud environment.

We’re excited to see the first phase of the project, and the Ninox Drone app, go live. This is the first of what we envisage being many important milestones as we support, with our partners and Avinor ANS, Norway’s drone ecosystem. The potential for Unmanned Ariel Vehicles (UAVs) to facilitate new possibilities, new industries, and new businesses is immense. Avinor is leading the way in deploying Ninox Drone to serve — and catalyze — the emerging drone economy.

The news comes after Altitude Angel announced a partnership with Sky-Drones that allows its unmanned traffic management (UTM) platform, Pop-Up UTM, to be quickly set up when and where required, removing the need for building ground-based infrastructure. A few months ago, Altitude Angel welcomed its first partner to the program, Spark Mobility, and later added Sugu Drones.

The system will specifically be deployed where a Beyond Visual Line of Sight (BVLOS) drone flight is taking place and removes the need for infrastructure on the ground to be built. Pop-Up UTM also utilizes Inmarsat’s global network of satellites, meaning the system can be deployed around the world.

GuardianUTM O/S allows airports to define rules for the airspace easily to ensure drones and manned aircraft can share airspace in the best way possible. The airport also has direct access to the pilots through the system.