What’s so good about Mavic 3? 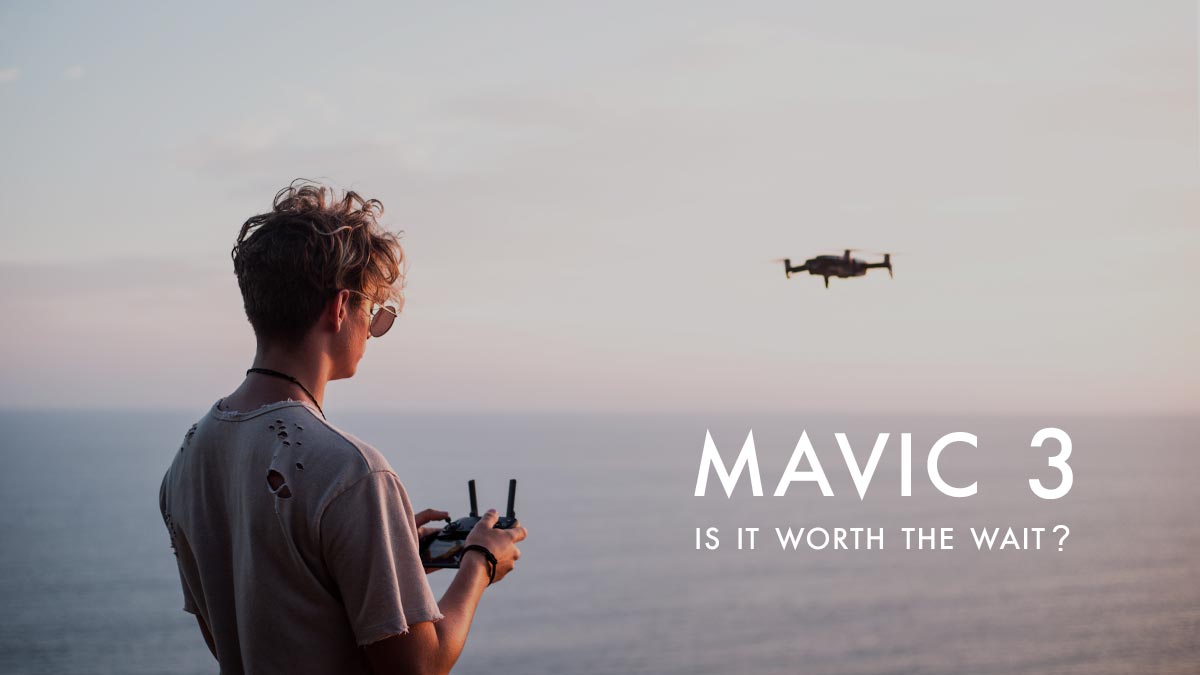 In September 2016, DJI released the first foldable camera drone. The Mavic Pro was a huge success and has been one of the most popular drones on the market ever since.

In August 2018, it was time for an update with Mavic 2 Pro and Zoom. These newer versions topped the original Mavic in a few ways. One version with a larger, 1” Hasselblad sensor and another with a 24-48mm optical zoom lens.

Although the Mavic 3 is not yet out, there have been plenty of rumors about its specs. This will not be your typical article going over potential tech specs of the new drone. Instead, I am going to explain that having the latest, greatest equipment doesn’t necessarily make you a better creator.

During my time with Phantom 2 Vision +, Phantom 3, Mavic Pro, Mavic Air, Mavic 2 and Inspire 2, I have produced some incredible images. Taking photos on every drone listed above, there are photos from each that I still love today. My point here is that although the technology is improving and the megapixels are getting higher… it’s not the drone taking the picture!

In this article, you’ll find a few images I’ve taken with some of the tools mentioned above. These pictures are among my personal favorites, yet some were shot on just a Mavic Pro (and some have even been published in Eyes Over the World).

Every photo you see in this article was thought out before going to shoot. I chose the time of day, checked the weather, and traveled to a place where I could photograph these things. Whether the image was taken on an Inspire 2 or a Mavic Pro, the final result is essentially the same when it comes to posting online. The goal is to find things you want to shoot and have fun creating.

I have been flying the Mavic since it was first released. I love this drone for its portability and stealth to fly almost anywhere you want. My original Mavic Pro had plenty of problems, but at the same time, it showed me what true freedom was when droning. Both these drones stood up to some really intense conditions. Though my Mavic Pro had occasional minor problems, it was my go-to drone.

When the Mavic 2 was released, I wanted to upgrade so I could have a smaller drone that still produced a great image. I purchased the Mavic 2 Pro with a 1” Hasselblad sensor. This drone would be putting out similar image quality to my Inspire 2 & X5S, only in a much smaller, cheaper package.

So far, this has been my new favorite drone. My go-to for traveling everywhere. This Mavic 2 Pro has also proven time and time again to be the most reliable and trustworthy DJI drone when taken care of. I am not here to hype this thing up, but after flying all other drones and even FPV, you can’t beat this tiny, powerful tool. Sure things can get “better” than this but how much better do you want the technology to be?

You Are the Creator

The truth is, no matter how good the next drone is, you come up with the ideas. I wanted to write this article to help you understand that whatever new technology comes out, you are the creator. Your drone does not take better pictures, it is your imagination and creativity that does that.

If you are one of those people thinking about getting a drone but want to wait for the “next” one to come out. Wake up and take a look at what’s out here! Between DJI with Mavic Mini & Mavic Air 2 or Autel Robotics with the Evo 2 and Parrot with the Anifi, there are more than enough options to get into creating with drones.

It’s 2020 and drones have never been better or more reliable than they are now. Stop worrying about the money or cost and start focusing on why you want this tool. What do you want to create with it? How will it benefit you?