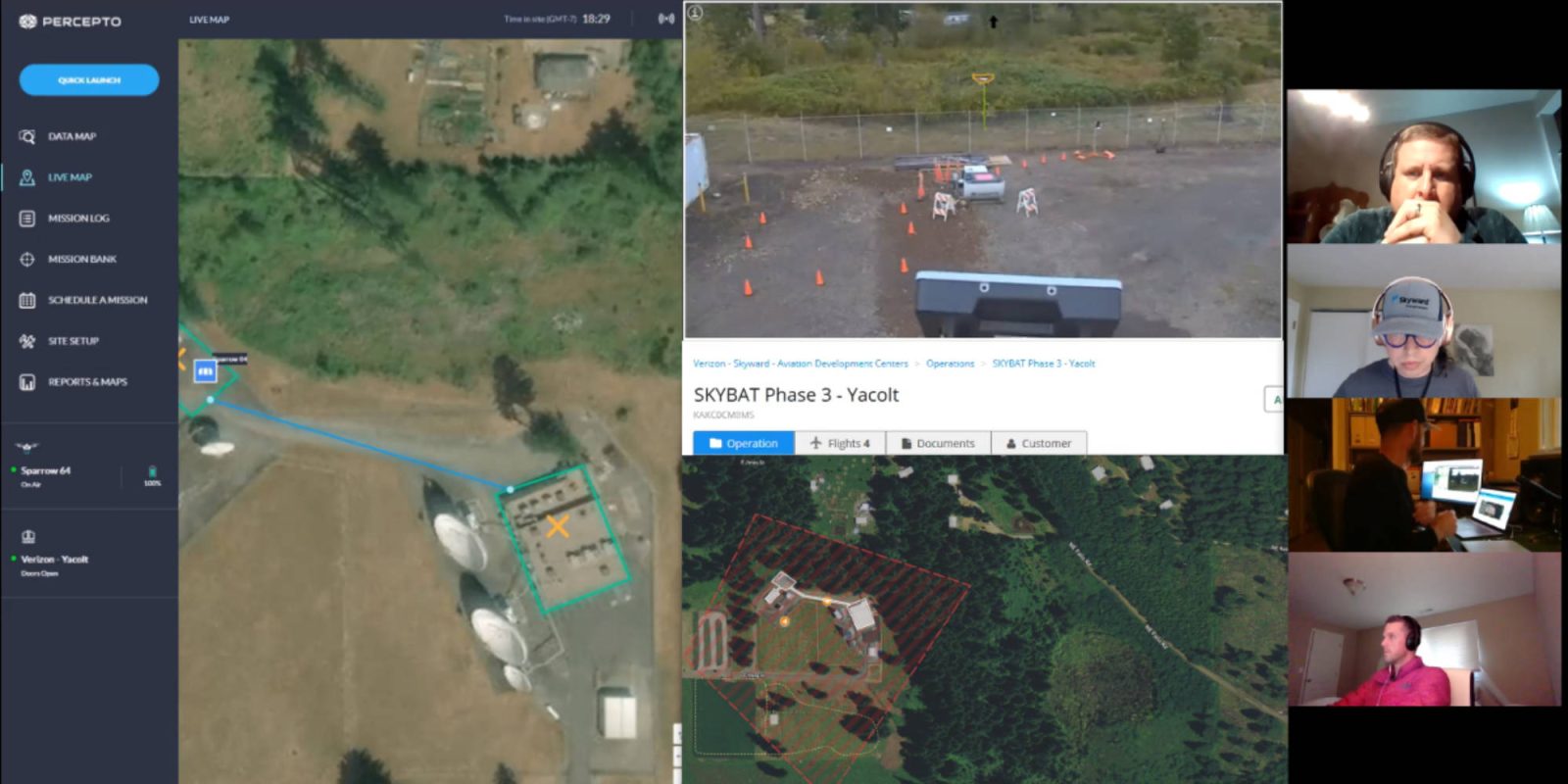 The FAA has granted Verizon Skyward a temporary waiver that allows its pilots to inspect critical communications infrastructure near the Big Hollow wildfire in Washington from home using network-connected drones. The pilots are allowed to operate 24 hours a day with less than three miles of visibility and no person onsite to monitor the operation.

The special waiver granted by the Federal Aviation Administration (FAA) allows pilots from Verizon’s drone company Skyward to fly Percepto Sparrow drones from the comfort of their homes. The decision was made after Verizon found it to be safer for the drone pilots to work from home during a pandemic and wildfires.

The waiver was granted via the FAA’s expedited Special Governmental Interest process, as the drones are inspecting critical infrastructure that allows firefighter and other emergency workers to stay in contact with one another. The waiver is active until September 25.

At a moment when we are facing dangerous consequences of climate change and coping with a global pandemic, maintaining the Verizon Network has never been more important. Innovations in airborne technology have enhanced our ability to inspect our sites without putting engineers in harm’s way and provide our first responders with reliable communications. We appreciate the FAA’s swift action in granting the waiver, which allows us to deploy a network-connected drone and provide critical services, safely and effectively.

The waiver is different from the normal ones given out by the FAA as an onsite pilot is required to fly drones beyond visual line of sight (BVLOS). The waiver Skyward managed to get removes this need and allows for a single pilot to fly the drone from a remote location. For this to be a reality, Skyward spent around a year testing and proving to the FAA that it could fly drones safely from a remote location without someone onsite.

On a bigger scale, the allowance of a waiver like this is a big win for commercial drones around the US. As this was an emergency scenario, it’s unlikely that day-to-day drone deliveries would get the same treatment, but emergency medical deliveries, organ deliveries, emergency inspections, and other drone operations could soon benefit from the same type of waiver.

Skyward’s director of aviation development centers, whose name is X, followed with:

We’ve built a BVLOS capability consisting of a remotely deployable drone system, weather monitoring systems like those used at airports, Skyward’s Aviation Management Platform, and state-of-the-art airborne safety systems that allow us to check the surrounding airspace for other aircraft. Verizon’s 4G LTE network connected these systems, giving the team’s operations lead in Alaska a near real-time picture of the operation from 1,600 miles away.