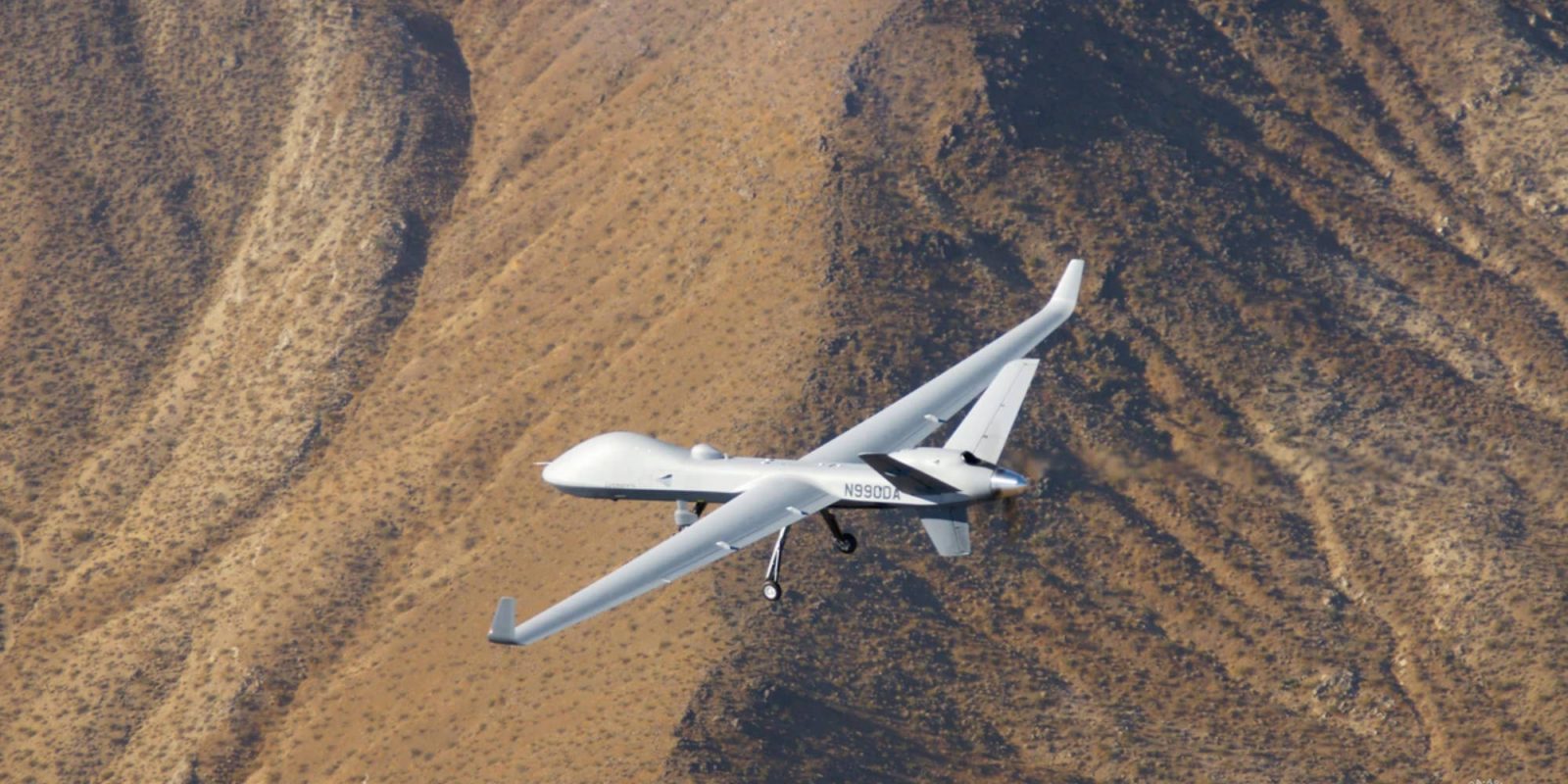 Britain’s latest drone, the Protector RG Mk1, has hit a major milestone by completing its first flight before its 2021 delivery date. The drone, internally known as GA-ASI, will be delivered to the UK Ministry of Defense and provide intelligence, surveillance, target acquisition, and reconnaissance support from above.

On Friday of last week, General Atomics Aeronautical Systems completed the first flight of the Protector RG Mk1 drone in collaboration with the UK Ministry of Defense and the U.S. Air Force. Once the initial testing phase is complete, the drone will stay in the U.S. for Royal Air Force testing before being sent to the UK for delivery in 2021.

“Protector will be deployed in wide-ranging Intelligence, Surveillance, Target Acquisition, and Reconnaissance (ISTAR) operations where its ability to fly consistently for up to 40 hours will offer a vastly improved ISTAR capability. Given that it is designed to fly in non-segregated, civil airspace, the Protector RPAS will be able to respond rapidly and offer flexibility, delivering many types of military or civil authority support missions, including search and rescue.”

The Protector drone is a custom variant of the MQ-9B made to order. The exact specs of the custom version are unknown, but we do know the specs of the base variant.

The MQ-9B began development back in 2014, funded by the company itself, to produce a drone to meet NATO’s stringent airworthiness type-certification standard (STANAG 4671). The STANAG certification will allow the company’s current drones, the SkyGuardian, SeaGuardian, and other MQ-9B variant drones to safely operate in civil airspace and better perform border patrol, fire detection and firefighting support, maritime patrol, and resource monitoring missions.

“It was exciting to see the first flight of MQ-9B in the Protector configuration. The Royal Air Force has been a great partner for GA-ASI for more than a decade. We’re thrilled to see this first customer aircraft completed and we look forward to delivering their Protector fleet and gaining more MQ-9B SkyGuardian customers in NATO and around the globe.”

The MQ-9 Reaper, commonly known as the Predator B, has a maximum flight speed of 300 miles per hour and a cruising speed of 194 miles per hour. The drone can stay in the air for up to 14 hours when fully loaded thanks to the Honeywell TPE331-10 turboprop engineer pumping out 900 horsepower.

The Reaper is capable of holding a combined payload weight of 3,800 pounds, with 800 pounds of it being stored internally and the other 3,000 pounds external. The drone has seven hardpoints that allow various ammunitions to be mounted to it and can accommodate a maximum of four Hellfire missile and two Paveway 2 laser-guided bombs.