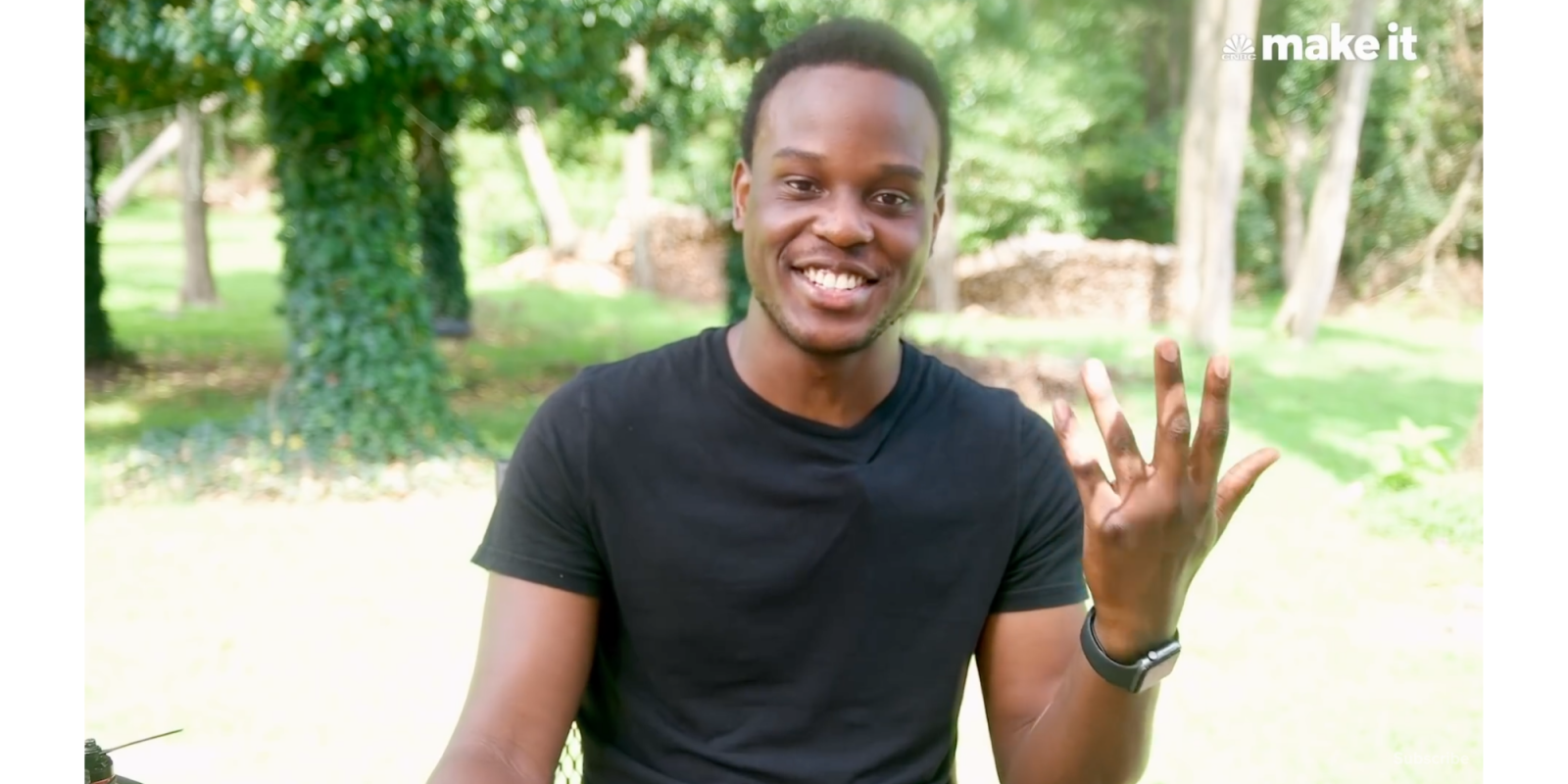 Ever worked at a startup? I have. It involves long hours, major milestones, and relentless drive. And that’s just when you’re an employee. It’s an even bigger responsibility when you’re a founder with a vision. Now, a new CNBC video takes a look behind the scenes with the founder of Beagle Drones, a New Jersey company that sells FPV racing drones in a complete kit. It’s a great video, and it led to us having an interview with the founder.

Dwight Neptune wanted to learn how to build and fly an FPV drone. But he soon discovered — as do the rest of us — that it’s not necessarily smooth sailing. In fact, a wiring mistake on one of his first drones led to the quad catching fire. We can sympathize. Not because we’ve set anything on fire (though we’ve been there when it’s happened), but because of the huge number of steps involved in getting a newbie from a pile of parts to a well-tuned flying machine. And it’s not just the number of steps, it’s the fact many of them are actually pretty complicated. (As someone who’s having issues with updating firmware on his Taranis QX7s right now, I can tell you there are only so many Wikis and YouTube videos you can go through before your eyes start glazing over.)

Enter Beagle Drones. The company was founded on a great idea: To make simple, user-friendly FPV drones that come as nearly ready-to-fly. Beginners don’t want to spend endless, frustrating nights wondering why they can’t get their drone to bind properly, or to have a polite dialogue with their radio. Creatives want a product they can get in the air and start creating with. Beagle Drones aims to fit that bill.

Dwight Neptune thought there should be a better way. And so he and his partners built it. They’re currently selling their Drone Kit 2X, featuring a drone, battery, radio, charger, and features designed to help pilots get in the air – and keep it there. Though it can fly @ 99 mph, it’s not meant as a competitive racing drone. It’s built specifically for those who are new to this field.

The way we design everything is to start by thinking: ‘What does the end-user want?’ And we build the tech to fit that. And we also trial everything ourselves, we even have younger brothers and sisters and have them test the products. We also test everything ourselves. But we work backwards from what the user would want and we don’t assume everyone is a hobbyist.

Neptune, who is now 22, studied electrical engineering in high school. And Beagle is keen to pass along the thrill of learning by promoting STEM at high schools. In fact, the Beagle team offers to help local high schools with a program where students assemble the Drone Kit X2.

Beagle has also created its own software for tuning drones. It’s called Omnitune.

If you fly FPV, think back. Remember the first time, trying to not only assemble the thing but also to get everything right with the software? Maybe it’s second-nature to you now, but that first time? It can be a bit like being thrown to the tigers unless you’ve had a background with similar software. It’s intimidating for some people. And others may not want to spend hours on YouTube learning how to tweak the various parameters. Omnitune is an optimized file that can be loaded and updated in BetaFlight to ensure that your Beagle Drone is always flying at optimal parameters. Beagle Drone updates the software from time to time; owners can easily access and update the files.

Here’s the CNBC “make it” video, where Dwight Neptune explains the business model and what it’s like to be a founder:

Beagle Drones has incorporated some very nifty features into its Omnitune package, including a Return-to-Home function, a Cinema Mode for smoother video capture — as well as an action mode for more aggressive twists and turns while capturing video. The RTH function is, in our view, a fantastic feature for someone starting out. Even experienced pilots can still lose quads, and I personally have experience walking along muddy creekbeds helping someone to find their RPV quad.

On the video front, the Drone Kit 2X allows you to fly with a variety of proven cameras:

Beagle Drones is taking off. The company is on track to sell $100,000 in drones this year. For a startup, it’s proof there’s a market for its product. Neptune says the response to its latest 2X kit has been very good.

Up next? A new drone, to be released very soon. Neptune describes it in the video as having a bit of an alien-like design. There’s word this could be a CineWhoop style drone, which would be awesome. Given that Neptune says the company loves to serve creatives who simply want to get flying, that would seem like a really sensible move.

As a founder, Neptune says he’s often working from 7:00 a.m. through to midnight. Long hours, pushing his company to the next milestone. We really look forward to the NOVA launch!

When we started this article, it was really due to that video. We wanted to highlight a cool startup and a young person with a vision.

Well, that changed as we spoke with Dwight Neptune. We realize that people looking for a no-fuss FPV experience might be drawn to a product like this. Neptune offered a generous $50 discount to anyone coming from DroneDJ to purchase.

Interested? Have a look at the Drone Kit 2X here. If you decide to purchase it, add the code “DRONEDJ” when you check out. A $50 discount will be applied. If you are totally new to this field, you may want to consider adding Beagle Care, which will offer you some protection in the event of (inevitable) crashes.