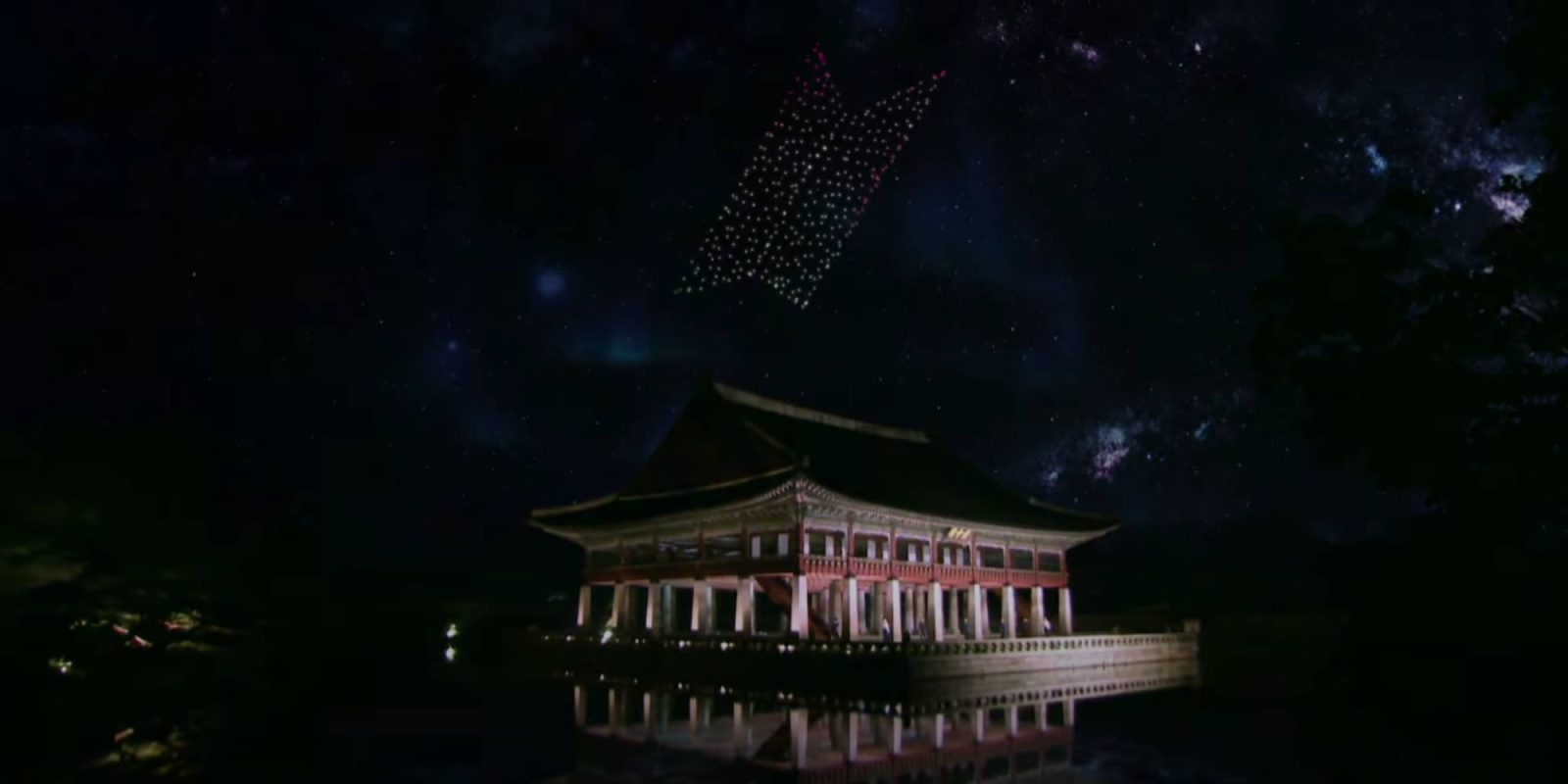 Korean boy band BTS, commonly known as the Bangtan Boys, lit up the sky with drones during their latest performance of their song “Mikrokosmos” on The Tonight Show Starring Jimmy Fallon. This is just one of the many times the group has used drones to enhance its performances.

The performance premiered on YouTube in the early hours of the morning as a part of the weeklong #BTSWEEK special on The Tonight Show.

As the performance starts, we begin to see the reflection of the drones in the water before we can see them flashing and creating a star-like effect in the sky.

Be sure to watch the full performance below to see the drones and BTS in action, creating an amazing video.

BTS has performed with drones many times before with the drones putting on a light show during a performance, but now we are taking a look at a drone carrying the camera. It’s a cinematic FPV drone, commonly known as a CineWhoop.

Specifically, I’ll be taking a look at BTS’ ‘ON’ Kinetic Manifesto Film: Come Prima. 54 seconds into the video, we see the first drone shot swooping past one of the members, RM, as the drone begins to close in on him. The next drone shot is at the 1 minute, 30 second mark where the drone quickly flies over the group, creating a fast-paced shot that’s hard to get without a drone.

A second or two later the drone is used again, creating a cool and unique angle that introduces movement into the video while allowing the camera to get right in front of the action. You can watch the full video below. If you want to see the drone flying, you can view the behind-the-scenes video here.