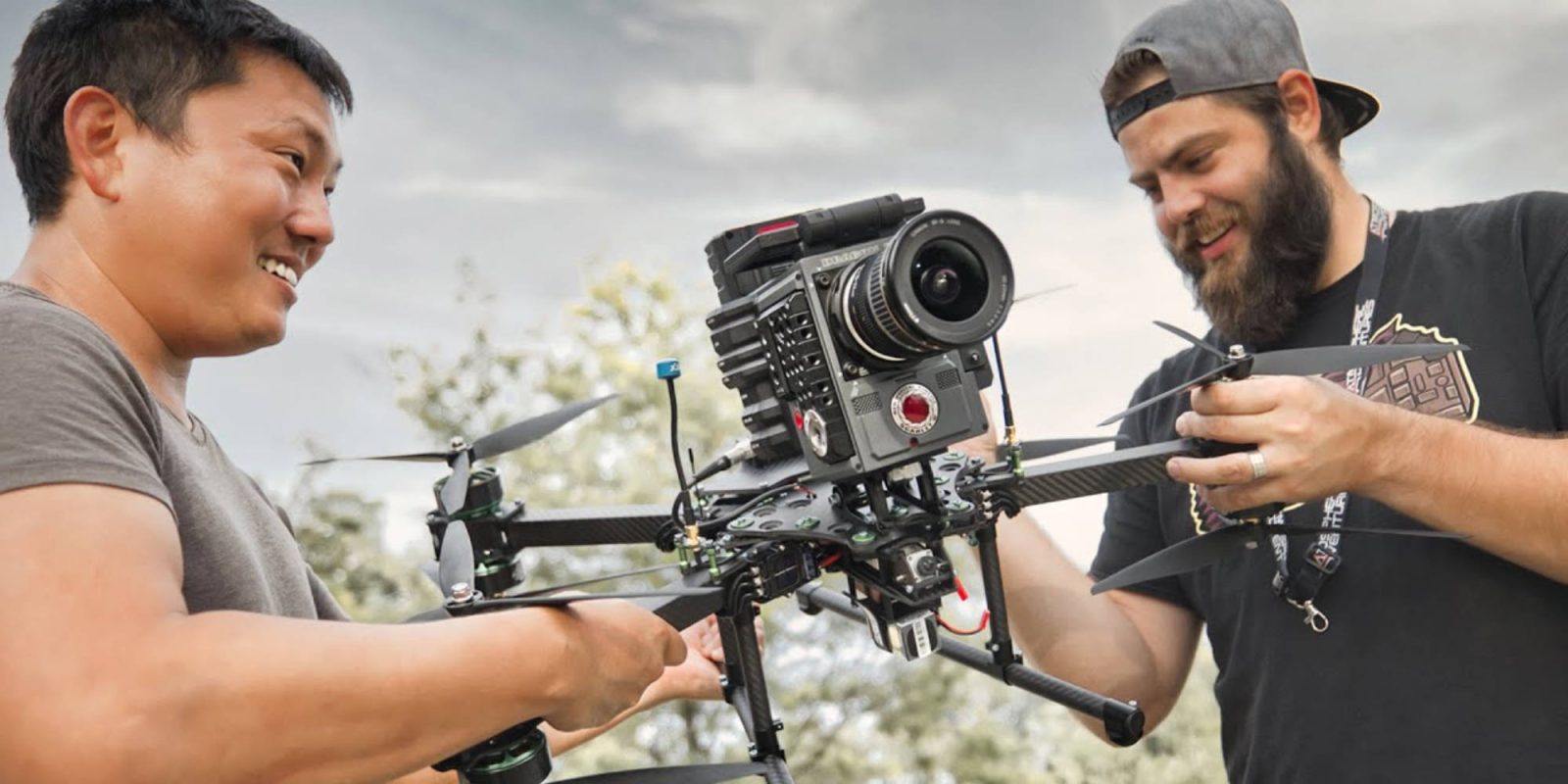 After NURK first flew a RED cinema camera on an FPV drone a few months ago, YouTuber Potato Jet has wanted to get NURK to fly his own RED camera, and the video is finally here.

The first part of the video goes through the types of FPV drones that carry cameras explaining what people do to make them as small as possible while getting the best quality out of them. NURK takes this to the next level by equipping Potato Jet’s RED cinema camera.

Skipping ahead a little bit, the video shows NURK’s car for a few seconds, giving us a glimpse into the setup in the trunk of the car, which is filled with smaller FPV drones and batteries to keep him in the air for longer. NURK also takes us through one of his most used drone setups, that you can build yourself!

Now for the part we have all been waiting for: the Money Shot drone with a RED camera on it. Straight away you can see the massive improvement in camera quality compared to the normal GoPro camera on FPV drones.

Be sure to watch the full video below to get the full Potato Jet experience and see the footage captured by the RED camera.

NURK is no stranger to do some pretty cool things with drones, he previously strapped a RED cinema camera to an FPV drone and bombed it down the side of a building and then flew it next to a Bugatti Chevron for Catalyst Machineworks’ Money Shot drone, designed to carry larger cinema-grade cameras.

Before that, NURK teamed up with the man behind the drone flamethrower maker, Throwflame to fly an FPV drone through the fireball. The video is pretty cool as the drone manages to keep up with the flame in some shots showing it slowly coming out of the nozzle.

On top of that NURK has appeared on Neil deGrasse Tyson’s StarTalk Sports Edition podcast twice, first discussing FPV drones and Insitu’s RQ-21 Blackjack combat drone. In the next episode, he spoke about the similarities between drone racing and NASCAR relating to the fast reaction times both sports require.

NURK is probably best known for his win in the 2018 Allianz Drone Racing League Championship where he managed to outshine the competition to become one of the best drone racing pilots in the world.