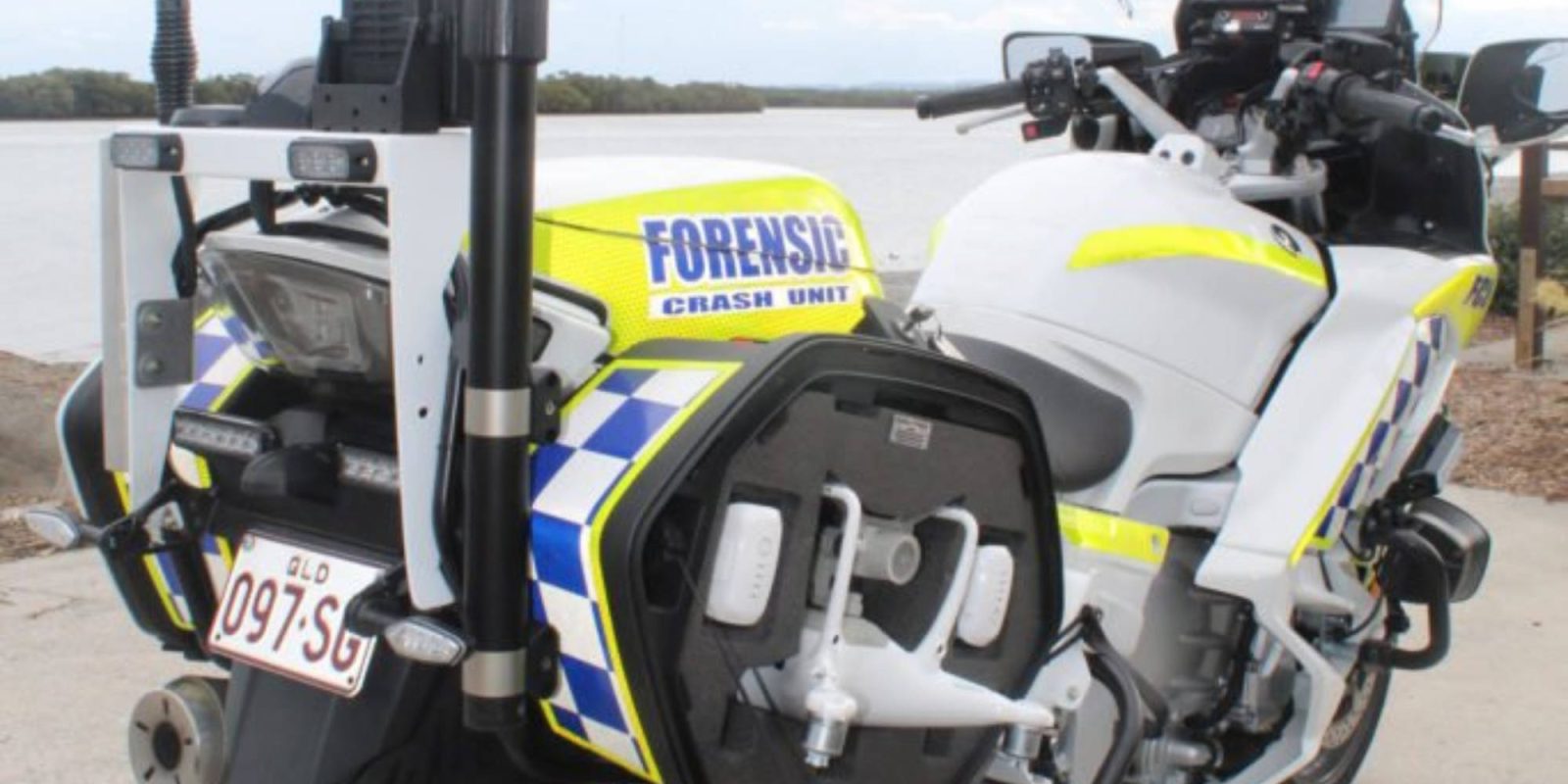 The police in Queensland, Australia have shared that they are now equipping officers’ motorbikes with DJI Phantom drones to aid in forensic crash investigations. The news of the high tech inclusion was shared during AUVSI Xponential 2020.

Queensland, I would say, is the hub of drones in Australia, with Google’s Wing performing drone deliveries, the state government working with Boeing to start producing the Loyal Wingman combat drone, and the annual drone conference taking place in the state.

It makes sense for the police force to join the growing trend and use drone technology to benefit its operations.

Queensland Police Sgt. Carl Cutler shared how the state’s forensic crash unit has been using drones to map out crash scenes over the last few months during a speech at the DRONERESPONDERS public safety talk at AUVSI Xponential 2020.

The Queensland Police force currently uses DJI Phantom 4 RTK drones paired with Pix4D to map out vehicle crashes. While using the drone and software together the police found that it was just as accurate as measuring by hand. “We found that our measurements on the ground were coming in bang on to the processed data from Pix4D.”

“Everyone can relate to being stuck at a road closure…it’s frustrating. But from our thinking, if a person was lying there with gunshot wounds, there would be a team of detectives there… With a fatal road crash, you’re going to get one crash investigator, who has to capture all that same information. That investigator has to be able to relay that victim’s end of life story to their next of kin, to the courts, to the tribunal. That takes time.”

Cutler went on to explain how drones ended up on police motorbikes. A story of being in the right place at the right time.

“This particular product came about from 2 projects. The first was putting a fully qualified crash reconstructionist on a motorcycle so they could get to the scene quicker through traffic: get to the scene and mark, photograph, and move; so that the scene could be cleared but the evidence was captured. At the same time, we started developing our Remotely Piloted Aircraft (RPA) program.”