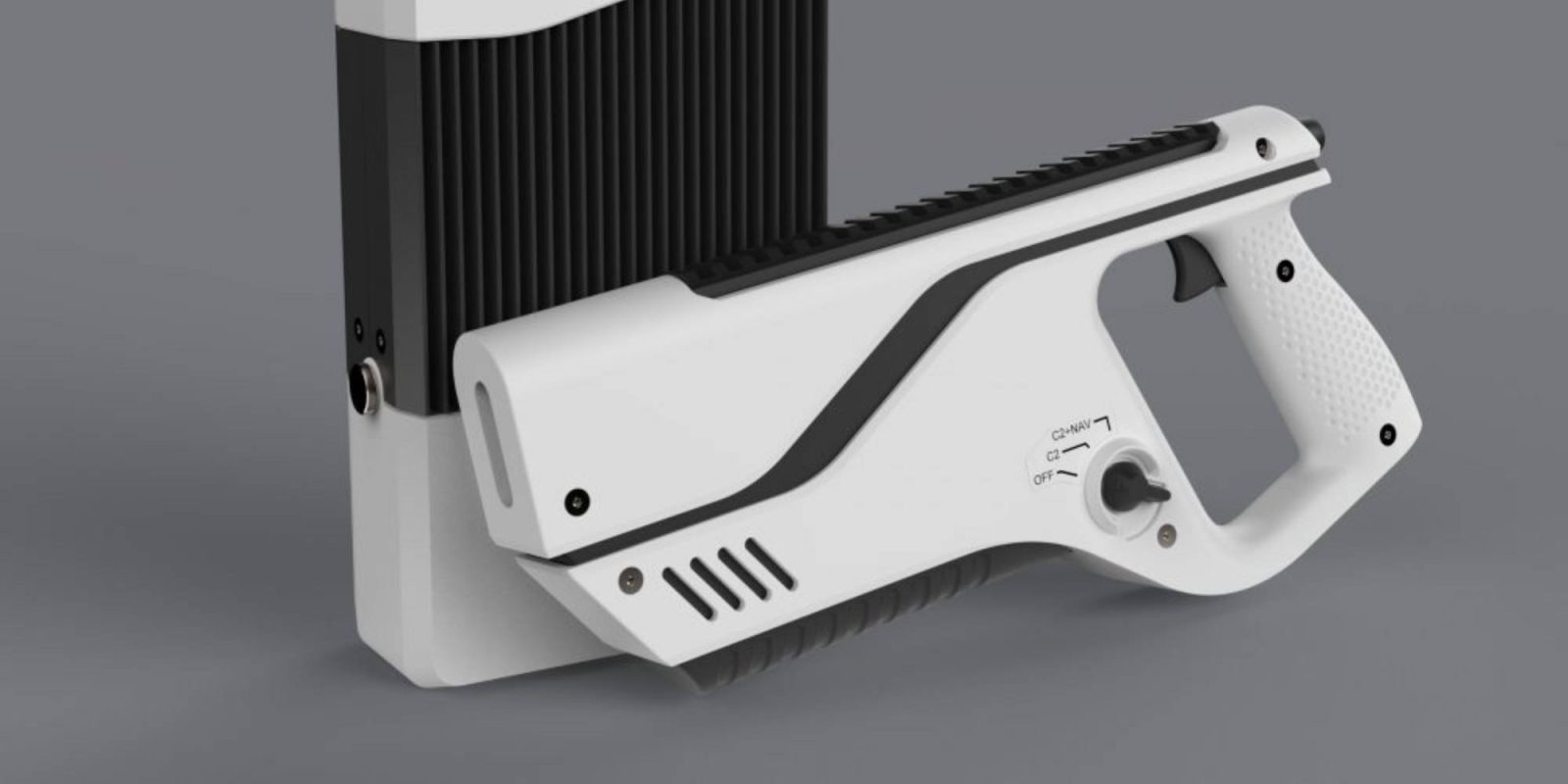 UK anti-drone company Drone Defence released its latest product earlier this month, Paladyne E1000MP, a pistol-sized drone gun with a 0.62-mile range. The drone pistol does require a similar-sized control box for it to work correctly.

The Paladyne E1000MP is a highly portable drone jammer that is capable of disrupting command, video, and navigation signals on the majority of commercially available drones. Once the drone is jammed by the signal, it automatically returns to its home point.

Due to the small size of the gun, it can be mounted to a larger rifle with the control box able to go into a small backpack or pouch on the user. You can pick it up in a variety of colors as well as a night mode version to keep it hidden.

You can select an omnidirectional or directional antenna depending if you want to protect a large area or just a specific direction. The E1000MP has a battery life of two hours with a standby time of over 12 hours. The device can be fully charged within four hours and works in temperatures between -4 degrees Fahrenheit to 140 degrees Fahrenheit.

The drone gun can take down drones on the standard 2.4GHz and 5.8GHz operating frequencies, as well as the satellite, backed GNSS L1 frequency. The gun weighs 7.7 pounds and comes with a 12-month warranty.

In some cases, the drone is destroyed by the system. A low-tech solution has also been in use which consists of another drone equipped with a net shooting the rogue drone causing it to become tangled.