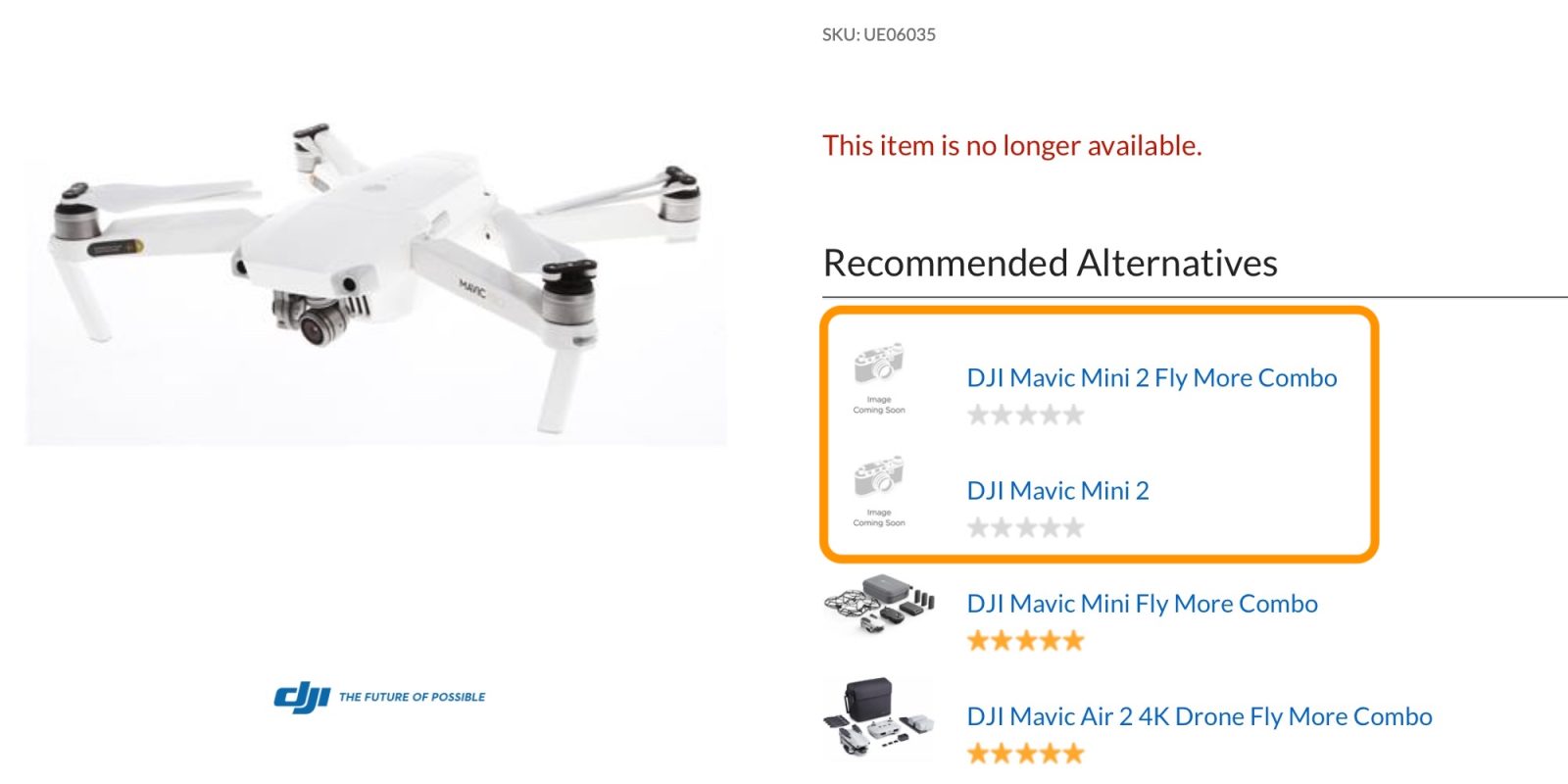 It’s no secret that DJI has been spinning up an all-new Mavic Mini 2 this year after the successful launch of their cheapest drone in 2019. Now DroneDJ has a solid preview of how much you should expect to pay for the successor to the affordable everyday flycam. DJI’s Mavic Mini 2 appears to cost a little more than the original, but the upgraded hardware will still be competitive with mid-range model prices.

DJI launched the original Mavic Mini and Fly More bundle for $399 and $499, respectively, last year on October 30. A feature-packed flycam from a drone maker with DJI’s reputation is hard to resist, of course, so the Mavic Mini has been a go-to recommendation for amateurs and beginners.

Now DJI is expected to crank up the camera resolution to ultra high definition with the DJI Mavic Mini 2, and that upgrade to your flight footage will likely come with a slight price bump. Based on early price leaks spotted on Adorama’s online store, DJI appears to be retailing the upcoming Mavic Mini 2 drone at these prices:

The price leak also suggests the launch of DJI’s Mavic Mini 2 is extremely imminent as retailers are already preparing to sell the unannounced drone.