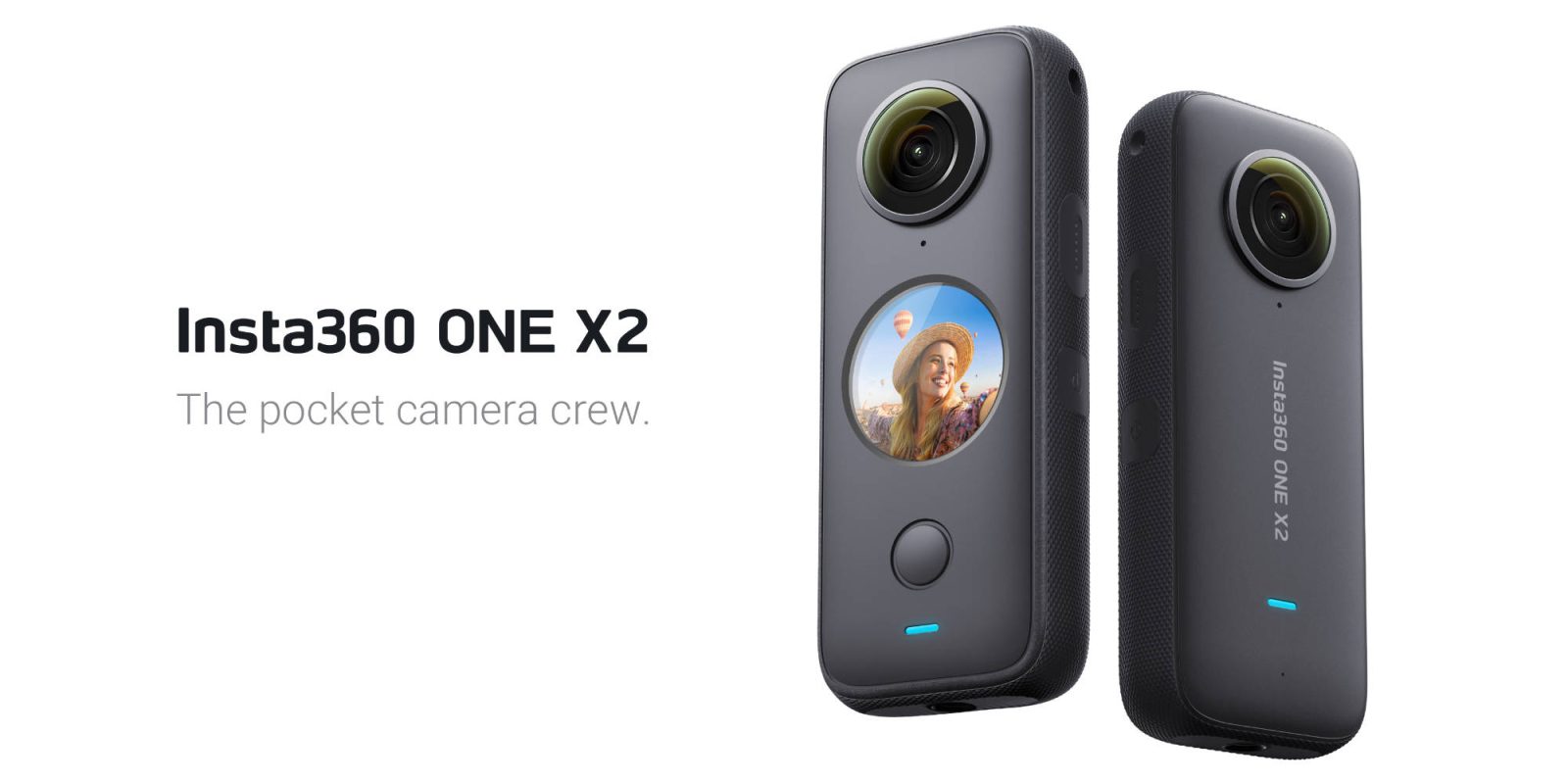 Insta360 has released its latest camera, Insta360 ONE X2, with a larger battery, a new touch screen display, and an improved microphone array. The Insta360 ONE X2 looks to be more of a version 1.5 with no additional video or photo resolutions added to the camera.

The new Insta360 ONE X2 looks to be focused on families and people wanting to capture every angle of a moment or event while not caring about having the highest quality or best-looking footage. This is also evident by the lack of improvements made to the camera regarding resolution and frame rates.

Rather than taking a similar route to GoPro, Insta360 focuses on improving the device’s experience and making it easier for everyone to use. The new touch screen, waterproofing, and AI features are evidence of this. This approach can also be seen in the camera’s marketing materials as it states it as being, “The pocket camera crew.”

Using the camera with a drone is 100% possible and would create some great footage, so much so that the teaser videos show it on a drone. I don’t think its a good choice when other cameras on the market are better suited to the job. Not to mention, the ONE X2 weighs 149 grams, which isn’t the best when keeping the weight down on an FPV drone is important.

Insta360 already has a mount that allows the ONE R to be added to the DJI Mavic 2 and the much smaller Insta360 GO, which works so well on a drone that it partnered with BETA FPV to create an FPV drone for it.

The battery capacity has increased around from 1050 mAh to 1630 mAh, allowing the ONE X2 to record continuous 5.7k 30 fps video for 80 minutes. The original ONE X was only able to do this for around 60 minutes.

Much like the touch screen display on the Insta360 ONE R, the new ONE X2 will feature a circular display that allows you to preview what the camera sees and control certain settings without the need for the mobile app.

The ONE X2 has been beefed up with an IPX8 rating to remove the need for a waterproof housing down to 33 feet. You can go down even further to 145 feet.

Insta360 has improved the audio produced by the camera with a quad microphone array that automatically uses the microphone that picks up your voice the best. You also have the option to capture stereo audio and full 360-degree audio for a truly immersive experience.

The benefit of capturing 360-degree video is the ability to smooth out your footage to mimic a gimbal. All footage captured by the Insta360 ONE X2 comes out of the camera stabilized and keeps the horizon level.

A big focus this time around is the AI-powered editing features that come with the ONE X2. You can now get the Insta360 app to automatically edit your footage, add sound, and cool transitions, without the need to do anything, making it a great camera for families and social media creators.

The Insta360 ONE X2 can actively track subjects in the frame no matter which side of the camera they are on. This feature also allows the frame of the video to follow the subject, so they never go out of frame. A cool feature to have for sure!

Insta360 has improved the low-light performance of the camera with the PureShot mode, which increases the dynamic range to better capture all that’s in the shot. AquaVision has also been added to the camera allowing it to capture accurate colors underwater without the need for filters.

Along with the ONE X2, Insta360 has released a few new accessories to complement the 360-degree camera. At launch, you will be able to pick up spare batteries, a lens cap, a microphone adapter with a USB-C pass-through, a three-bay battery charger, and a bullet-time cord.

The Insta360 ONE X2 can be picked up right now from Insta360’s online store for $429.99. You can also pick up the ONE X2 from authorized retailers, including Adorama, and Amazon. The new accessories are also available for purchase.