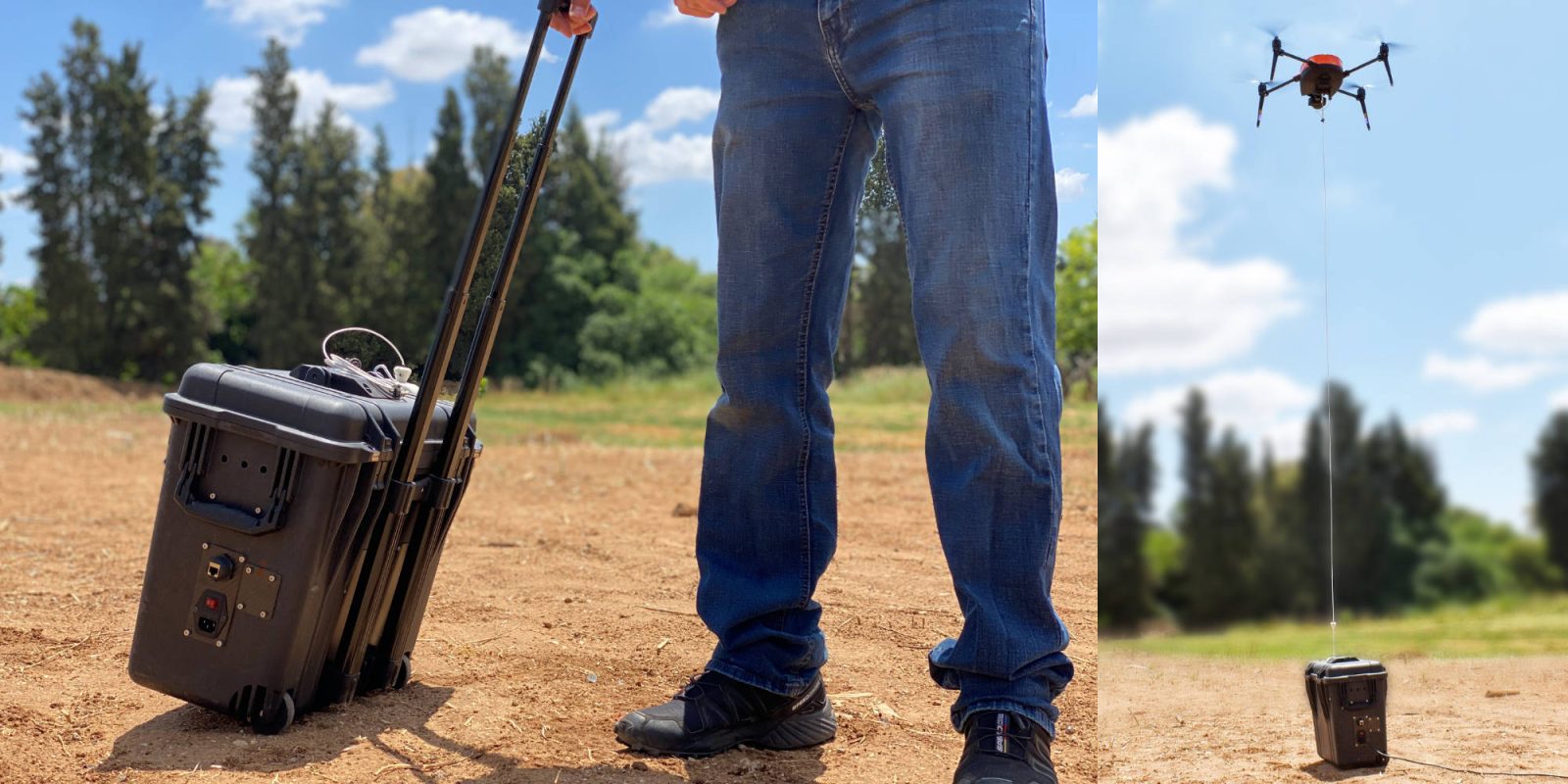 Easy Aerial has just launched its Smart Aerial Monitoring System (SAMS) T-MINI, a tethered drone in a box solution for enterprise and government customers. The new smaller system was created after customers wanted a smaller system.

The new mini Smart Aerial Monitoring System (SAMS) has a 320-foot data-over-power tether allowing for constant and unjammable data to be sent back to the ground at a rate of 200 Mbs.

The drone can stay in the air for up to 24 hours, with a total overall weight of just 35 pounds and support for 15 different payloads, including a 30x zoom camera and a 360-degree camera.

Thanks to the compact size, the SAMS-T-MINI can easily be carried by one person and transported on small vehicles such as ATVs. This also means a tethered drone can now be deployed in more areas that can only be reached on foot or by small vehicles.

Our customers made clear that they needed a compact, portable, affordable, and versatile autonomous security solution. The SAMS-T-MINI answers this need by providing constant and customized eye-in-the-sky surveillance for extended periods of time, allowing them to obtain aerial imagery and situational awareness.

Based in the US, Easy Aerial creates aerial solutions that allow the autonomous use of drones and tethered drones that receive a constant power source while in the air. The company currently has two drones, the Falcon and Osprey. The Falcon drone is used with the Easy Guard system that allows the drone to be autonomously charged, land, and take-off, removing the need for a person to be involved in the process altogether.

Easy Aerial also produces its SAMS tether drone-in-a-box system that keeps the drone connected to the box to improve safety and reliability. The system can be placed in the back of a pickup truck and sent up anywhere the truck can go, making it great for event security and fire management. There is also an option for the tethered drone to receive power while in-flight using the Power Guard system to keep the drone in the air for 12 hours.