The biggest and best drone show you’ve seen… yet 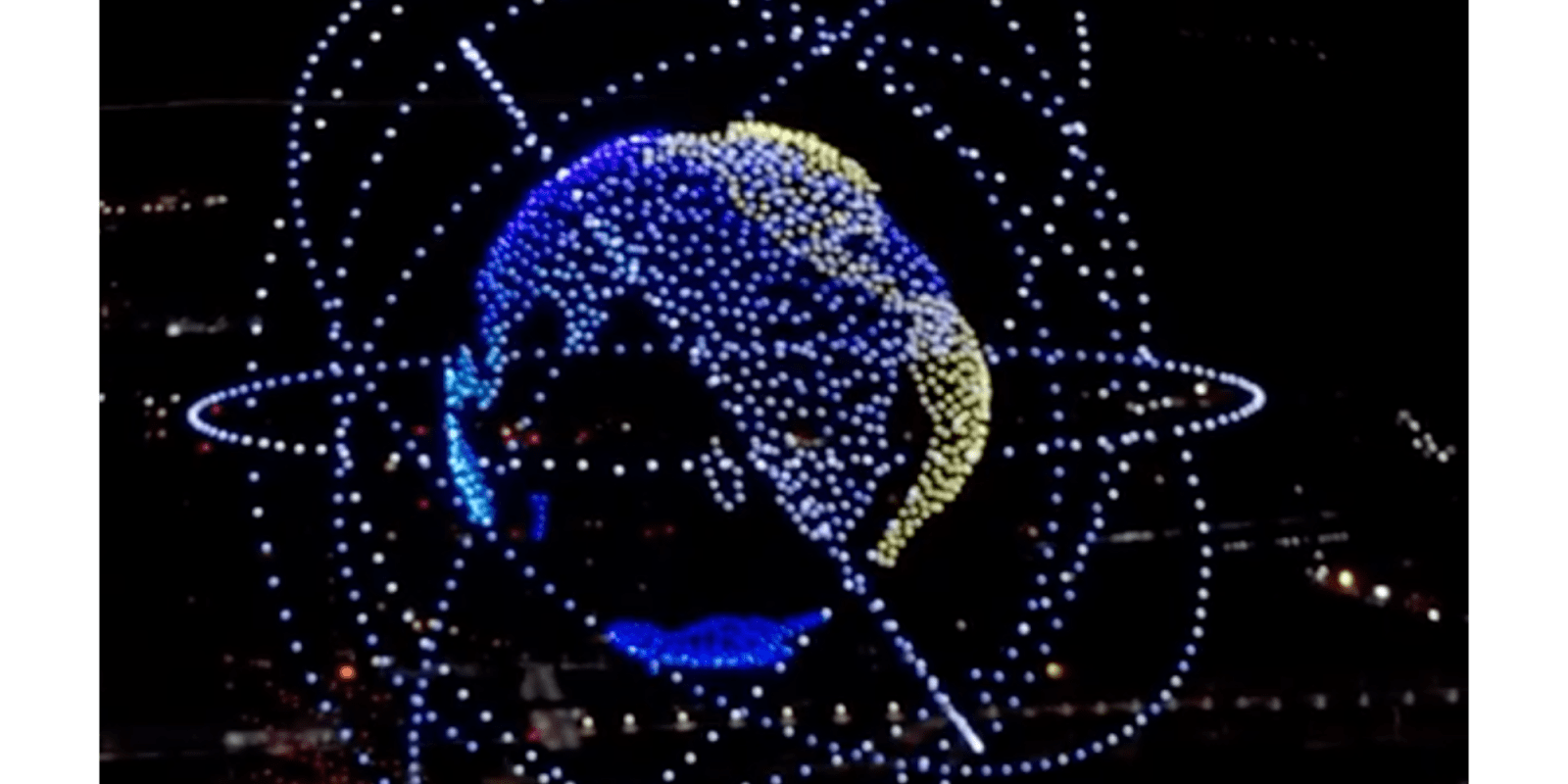 Drone shows are great. And generally, the more drones there are, the better the show. And at least so far, they don’t get bigger than this show.

Over the past few years, the phenomenon of drone shows has been on the rise. Spectators seem to love them, and drone shows dispense with the noise and smoke pollution caused by conventional fireworks. With a small number of drones, you can produce basic shapes. But the more drones you have, the greater the complexity of the imagery that can be created. If you think about it, they’re really like flying pixels, creating an illuminated image. And the greater the pixel density, like a camera, the greater the resolution.

And that’s what makes this show so spectacular.

We remember when 1,000 drones lit the sky in China. We watched when Intel’s Shooting Star drones augmented ODESZA’s light show at Coachella. And we will certainly remember the show you’re about to watch. Why? Because it featured 3,051 drones. And these aren’t just tiny little drones, either.

Ready? Pull up a chair:

Who put this on?

Thanks for asking. It was the Shenzhen Damoda Intelligent Intelligent Technology Control Company LTD. And this was put on specifically to try to snag a Guiness World Record.

Another reason this looks so great

You can tell from the opening shot that these are more conventional drones, albeit equipped with bright LEDs. But the other difference here is that they have more mass, and are more powerful, than the typically small and very light drones used in these shows.

What does that mean? That the drones can move more quickly, creating and dissolving shapes at a really snappy clip. Many of the shows we’ve seen with lightweight drones tend to move r..e..a..l..l..y s..l..o..w..l..y. In fact, many of the videos on YouTube of these events are ramped up so that people won’t get bored and bail.

No danger of that happening here.

This show really ups the ante. And the big Chinese companies in the drone sphere just love to compete.

Now that the bar has been raised, expect that someone else, likely in China, will come along with something even bigger and better. Our bet? We’ll see something this Chinese New Year that will blow our minds. Again.