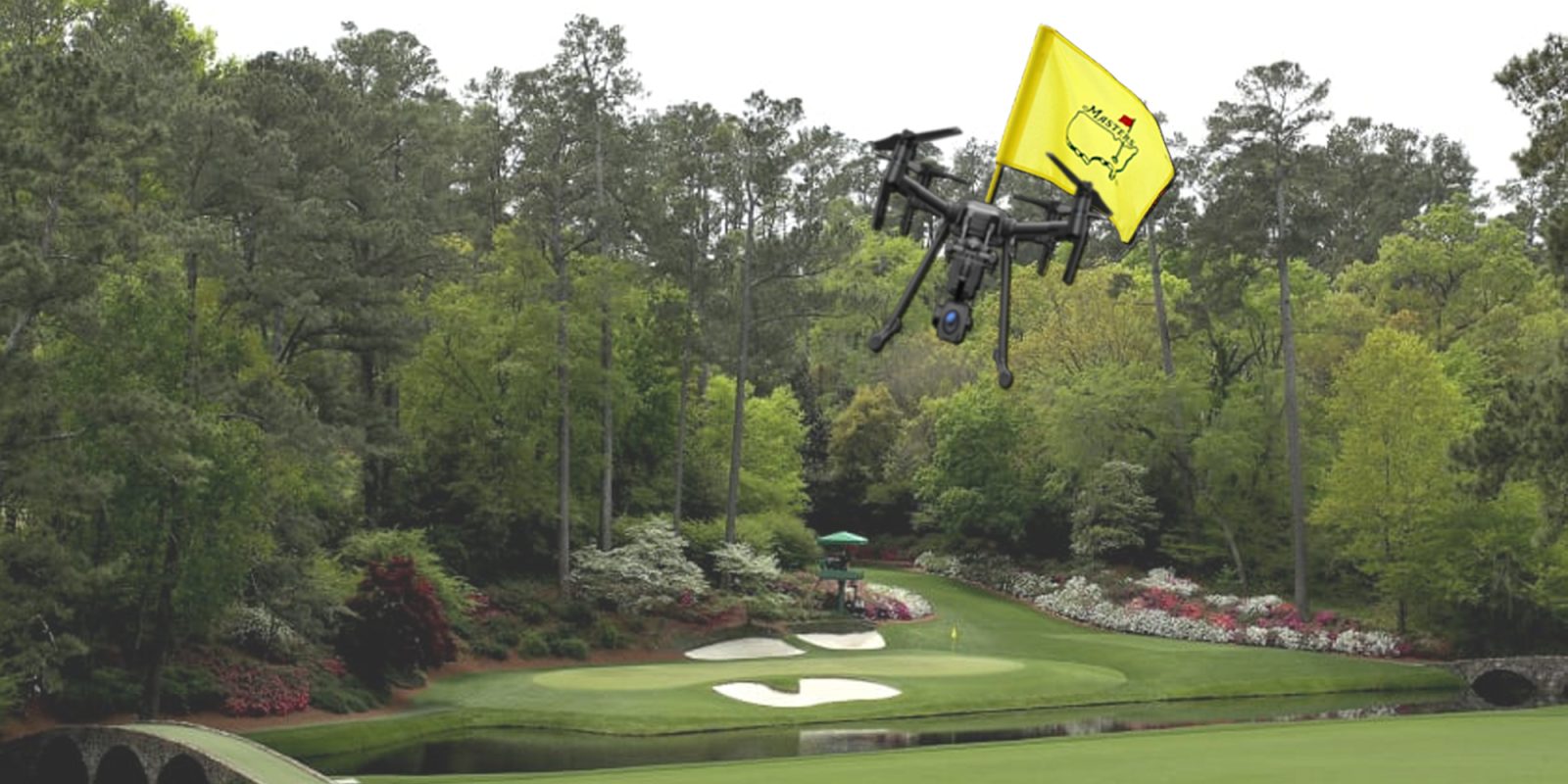 Thanks to COVID-19, not only is the 2020 Masters Golf Tournament late this year, there’s no polite applause from spectators — because there are no spectators.

Nevertheless, fans are seeing the game in a way they’ve never seen it before: from a golf ball’s perspective, thanks to drones.

CBS Sports is trying out two drones, and fans are practically swooning.  Drones really seem suited to this most languid of sports, offering really cinematic shots of the Augusta National Golf Club.

“The first time I saw those shots it was like, ‘Whoa, what is that,’” ESPN broadcaster Scott Van Pelt told Golf.com. “It’s like seeing photos of your house from a helicopter — you recognize it even though it looks so different. What a cool perspective.”

With no audience to quietly cheer them on, golfers remain aware they’re being watched. The Star Courier reported golf’s most famous player feels things are really different this year.

The quiet whine of drones

“There’s no patrons, no roars,“ Tiger Woods said on Thursday. “There was a drone flying over the putting green. Down one (fairway) you could hear the drone over there. You don’t hear drones here.”

The drones were flying much higher on Friday, and there was less whining all around.

It’s not clear exactly what kind of drones were used. Augusta National wouldn’t say. Golf.com says a security guard saw them arrive on a flatbed truck and called them “big ol’ things” with a diameter of 5 or 6 feet.

CBS hasn’t said if the drones will be back at the next Masters or if they will become a regular part of future coverage.

And don’t be fooled; there’s something called a Fly Cam at the 16th hole. It’s not a drone. It’s apparently just a camera on cables. Nice though.

If these shots are too slow for your taste, try out these drone shots. We’ve followed racing drone wizard Ross Beck before as he follows the ball with hair raising success.

Beck told racing.drone.life he averages about 60 mph on the approach and then throttles it up to about 85 mph to follow the ball.

Lots more of his videos on his Instagram feed.

David MacQuarrie is a 35 year+ veteran of the Canadian Broadcasting Corporation. He worked in St. John’s, Ottawa, Toronto and Beijing where he worked as a news writer,reporter, producer for the national and local television and radio networks. His stories on science and technology won ACTRA and Columbus awards. Before retiring he was the show writer for CBC Radio’s The Current.