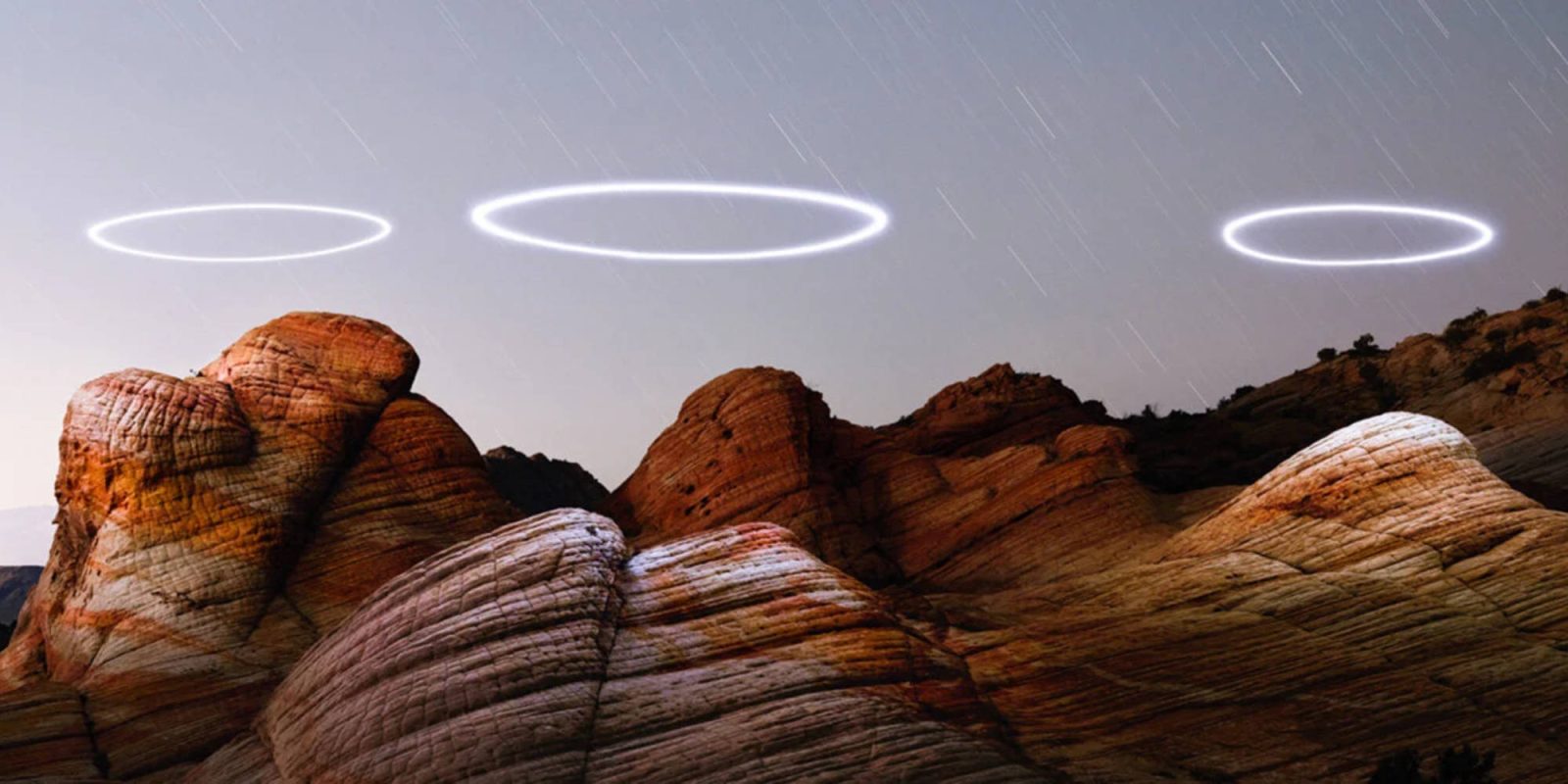 Jack of all trades Reuben Wu has released his latest series, Light Storm, which incorporates a drone to create ghostly lights and illuminate the eroding Utah landscape. Wu has created the photos for the clothing brand Vollebak.

Reuben Wu has come back with another amazing project that uses drones to show off nature in its true beauty. The shots are inspired by “ideas of planetary exploration, chiaroscuro paintings, and science fiction.”

Wu has always had a love for traveling and discovery and has been able to blend those two things for his love of new technology to take storytelling to the next level.

In some photos, Wu features the drone itself in what appears to be long exposures to create floating rings that mimic extraterrestrial life. In the other images, he uses a drone with a massive spotlight to illuminate the land below. This method also creates highlights and shadows that mix perfectly with the rocks’ colors to create awesome images.

I have to say my favorite photo is the one that uses this mix of highlights and shadows that almost makes the rocks pop even more and brings the earthy colors out of it even more.

Wu has worked with many companies in the past and is no stranger to creating art with drones. Wu is a go-to for DJ Zedd, who has had custom photos done for a few of his song covers. Wu has also worked with Apple, Samsung, Audi, Google, IBM, GE, and Land Rover.

Rather than sticking to just photos, Wu also creates videos and produces his own music for various companies. Wu also happens to be a member of the electronic band Ladytron, where he plays the keyboard, produces, and comes up with songs, making him a true jack of all trades!

You can check out a few of the photos from his latest work below, and head over to his website to see and learn more about the projects he does.