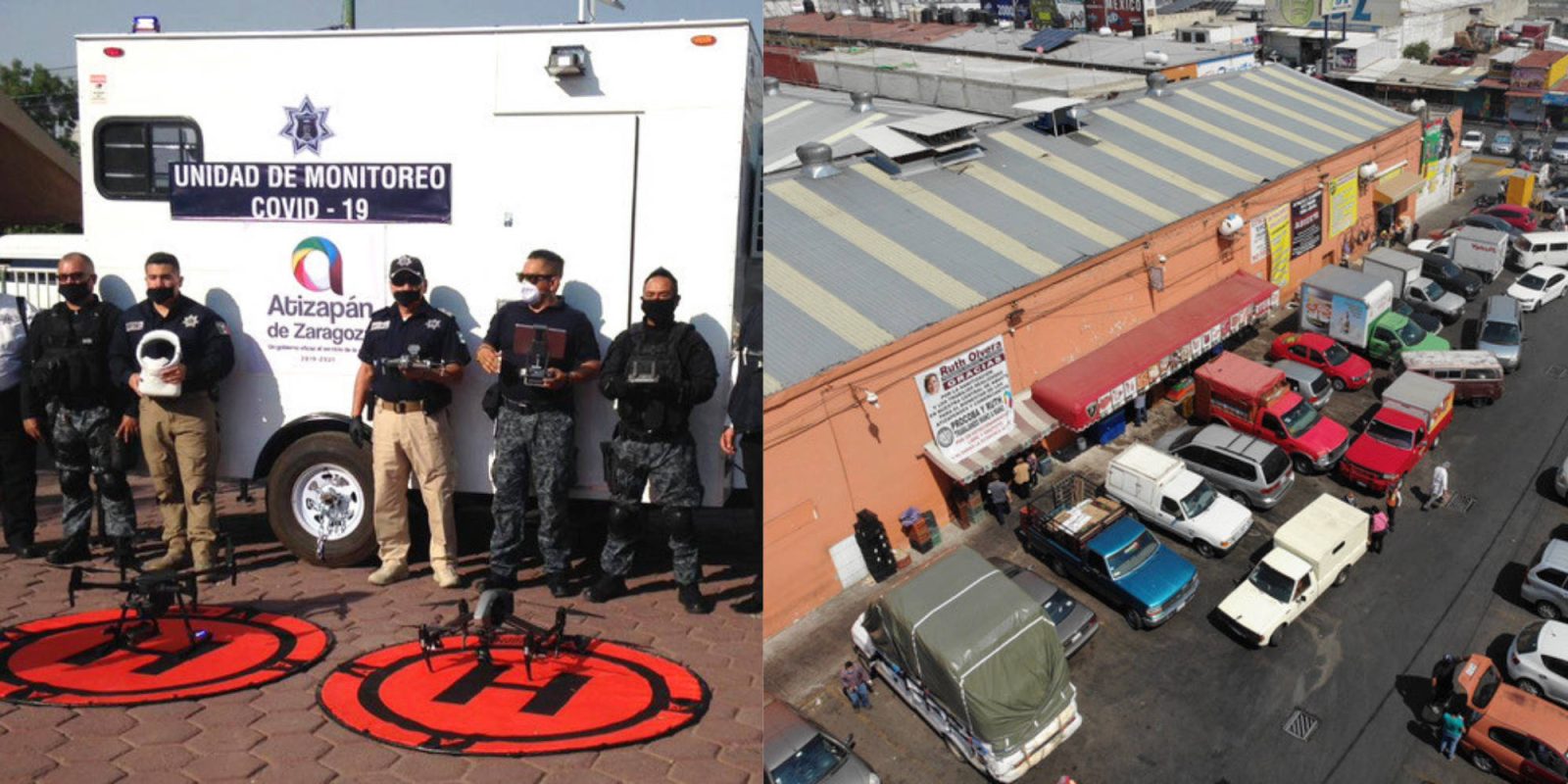 The city of López Mateos, Mexico has reduced its crime rate by 42% after implementing drones into the area two years ago, making it the second city in the country to report back benefits from drone technology.

Around two years ago, the city, headed up by Ruth Olvera Nieto, launched a drone surveillance program to ensure citizens’ safety and well-being. When the drones have been up, they have been used to check on people and catch crimes as they are happening.

When the pandemic arrived in Mexico, the drones were given the task of giving out messages using a megaphone and ensuring people in high-risk areas were following COVID orders. The drones were mostly flown around shopping malls, markets, and hospitals as these are the busiest areas.

The drones used have a flight time of up to two hours and can fly up to 500 meters (1640 feet) high. They are equipped with a zoom and thermal camera to find people during the day and night. The city has also worked with the national guard to ensure people are following orders.

With these actions, we reaffirm our commitment to being a governing entity that seeks and finds solutions through community empathy and the support of cutting-edge tools that enable us to serve people.

The municipality of Metepec in Mexico has been using drones for the last two years, with many people loving the high-tech addition. This month, Gabriela Gamboa Sánchez, Constitutional President of Metepec City Council, announced a new drone program to make it an even better place for residents to live.

The new drone program will focus on five key areas, crime prevention, the recovery of stolen vehicles, surveillance in busy areas, event coverage, and rescue efforts. The drones will also be used in any other ways that might be seen as useful, including preventing the spread of COVID-19. They have been broadcasting messages into public areas, reminding people to follow COVID rules.

Since the drones were introduced, the crime rate has dropped by 8%, as they have been used alongside the traditional CCTV cameras to watch over blind spots and hard to reach areas.

We are aware that the good results are achieved with the correct collaboration and integration of solutions that allow us to offer greater security and well-being to each of the inhabitants and to anyone who visits our beautiful Municipality of Metepec. We are a government that listens, attends, and resolves.