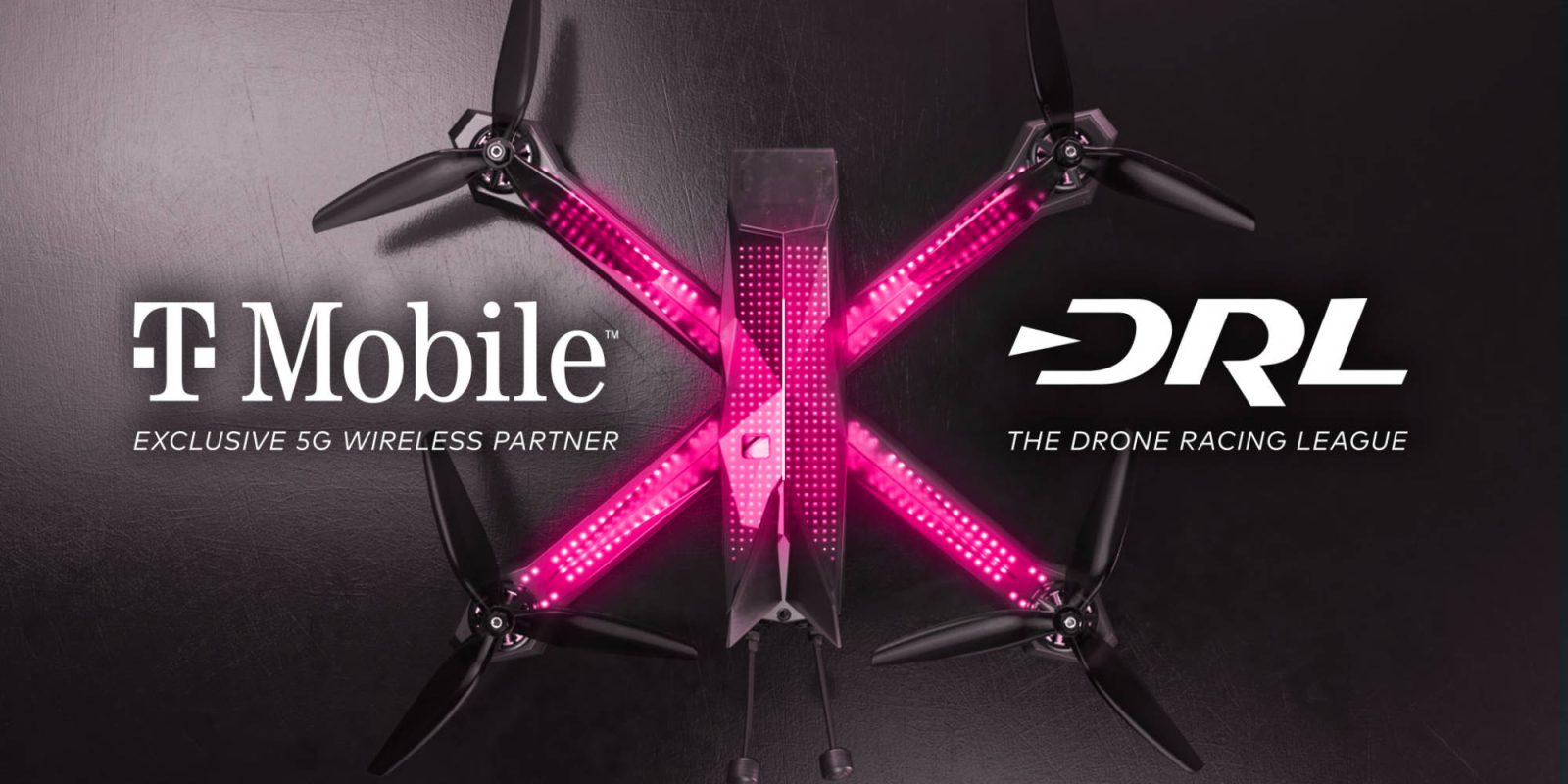 The Drone Racing League (DRL) has partnered with the telecoms giant T-Mobile to explore 5G drone technology in the world of sports. The partnership will see DRL developing 5G drones that fly on the T-Mobile network, opening up new drone-racing opportunities.

In the new partnership, T-Mobile has invested in the Drone Racing League through its venture fund and is now the exclusive 5G partner of the league.

Starting next year, the drones you see racing around tracks will be equipped with T-Mobile’s 5G, with the hope for them to be smoothly integrated into the sports and become the go-to drone to use in races.

As the drones will always be connected to the network, DRL will soon stream the view from all the drones live to fans without interruptions. The drones will also allow companies to create unique and immersive experiences in the world of drone racing and other drone saturated industries.

We invested in DRL to fuel innovation in two large and growing markets — drones and tech-powered sports — and we can’t wait to supercharge both with T-Mobile 5G. The world’s fastest drones and the nation’s largest 5G network — now that’s a fantastic combination!

As a result of the partnership, you will also begin to see T-Mobile 5G branding before races and on the course. The branding will also be added to the DRL SIM in the future. An educational series on 5G technology and drones will also be produced as a part of the DRL Academy.

T-Mobile is one of the most innovative marketers in sports, entertainment, and technology — sharing our mission to bring the most immersive experiences to millions of fans around the world. With a foundation of the best 5G wireless technology to power our racing drones, we’re excited to set the new standard for sports and create cutting-edge content and collaborations across T-Mobile’s sports, music, and lifestyle properties.

T-Mobile’s parent company Deutsche Telekom launched its 5G network earlier this year in Germany using 300 drones to light up the sky. The drones created some impressive-looking 5G-related images and allowed people around Germany to see the show as it happened from their homes.