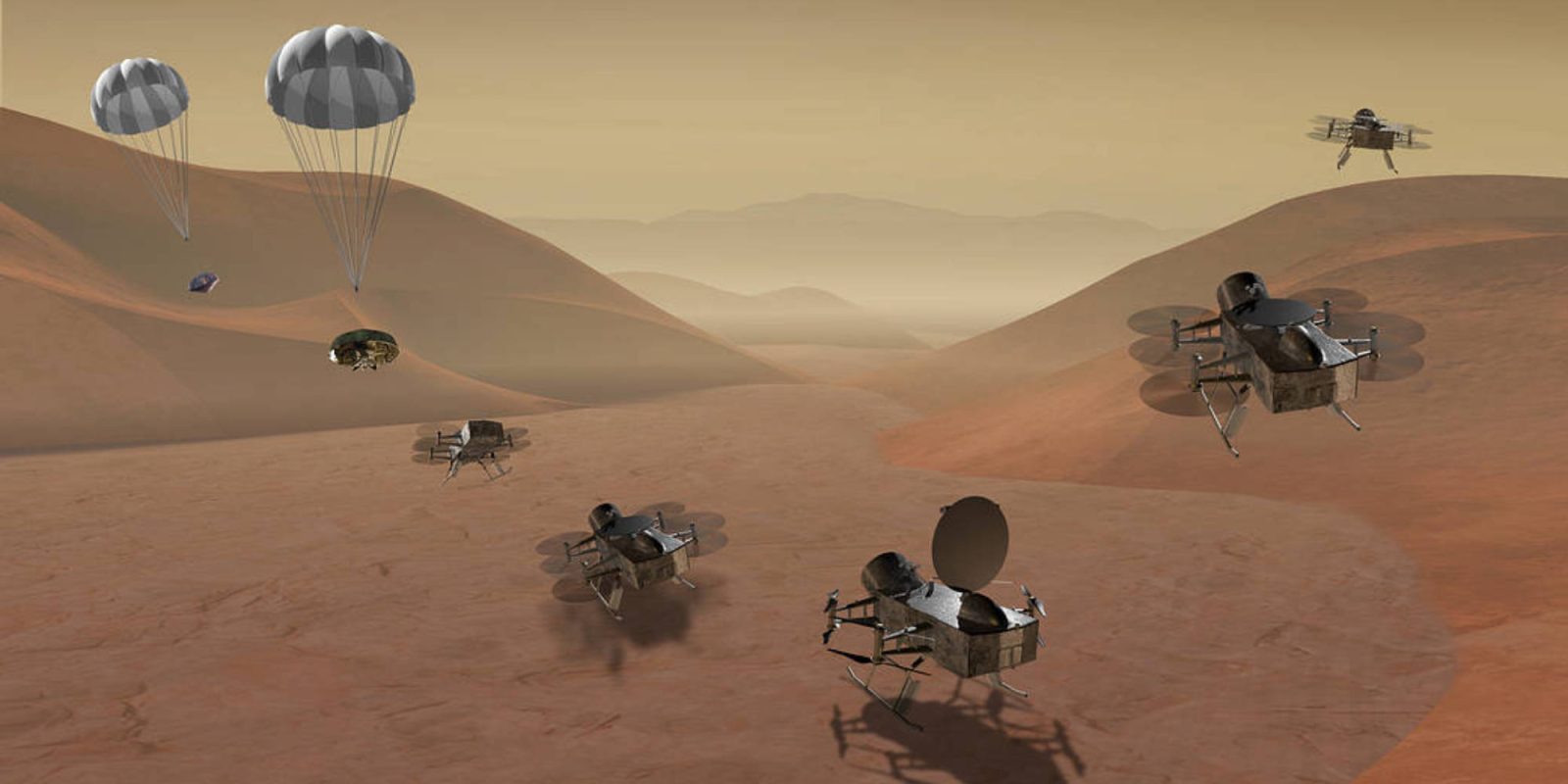 In an overview of the year, American space agency NASA has shared a few drones and drone-related milestones its flight team has had. Along with the usual space-related work NASA is known for, it also works on many drone projects to advance future use of the technology.

The massive list of milestones the agency has achieved over the last year is impressive, especially in spite of the COVID-19 pandemic. You can head here to check out the drone milestones and the rest of them as well.

This post will focus on four points made in the yearlong achievement list and one other achievement that is pretty cool for drone and space lovers.

NASA has continued to work with the FAA throughout the year to ensure the future of air transport vehicles, specifically drones, can fly in harmony with current aircraft in the sky. The two completed a dry run to learn the best way to integrate drones into the airspace. The results from these dry runs and future tests will help the FAA make informed decisions on future policies.

Around the middle of the year, NASA took to the sky at its Ames Research Center in California to begin test flights of a new drone monitoring method called Time-Based Conformance Monitoring (TBCM). The system works by looking at the flight trajectory and continuously evaluating the time it takes to get to certain points in the flight. Knowing all of this data, the system can know if the drone stays on path or needs to be brought back. The data was collected over 26 flights and has come about due to the surge in drone deliveries.

NASA has created an augmented reality solution that can run on commercially available headsets. The software allows pilots and air traffic controllers to see key information about aircraft in the air and the flight path of each one. This allows for better situational awareness and allows for better on-the-go decisions to be made. The software receives data from NASA’s unmanned traffic management (UTM) system in near real-time.

NASA began a new research activity called Scalable Traffic Management for Emergency Response Operations (STEReO). The research team began work on the tools that will be required to use drones as a way of responding to natural disasters such as wildfires and hurricanes. The new system requires NASA’s existing UTM platform to be integrated with communication networks, autonomous flight systems, and software that allows remote sensors to be read from the ground. NASA is working with the US Forest Service, the Federal Aviation Administration, the California Department of Forestry and Fire Protection, Microsoft, AiRXOS, Inc., and Avision Inc.

Earlier in the year, NASA sent up its Perseverance Mars rover along with a special Ingenuity helicopter drone to serve as an eye in the sky. Around a month after the duo was sent into space, the drone powered on for the first time after the batteries charged 35% over an eight-hour period. The key objects NASA has set out to fulfill with the Ingenuity helicopter is to demonstrate powered flight in the thin Mars atmosphere, demonstrate miniaturized flying technology on another planet, and finally get the helicopter to operate autonomously.