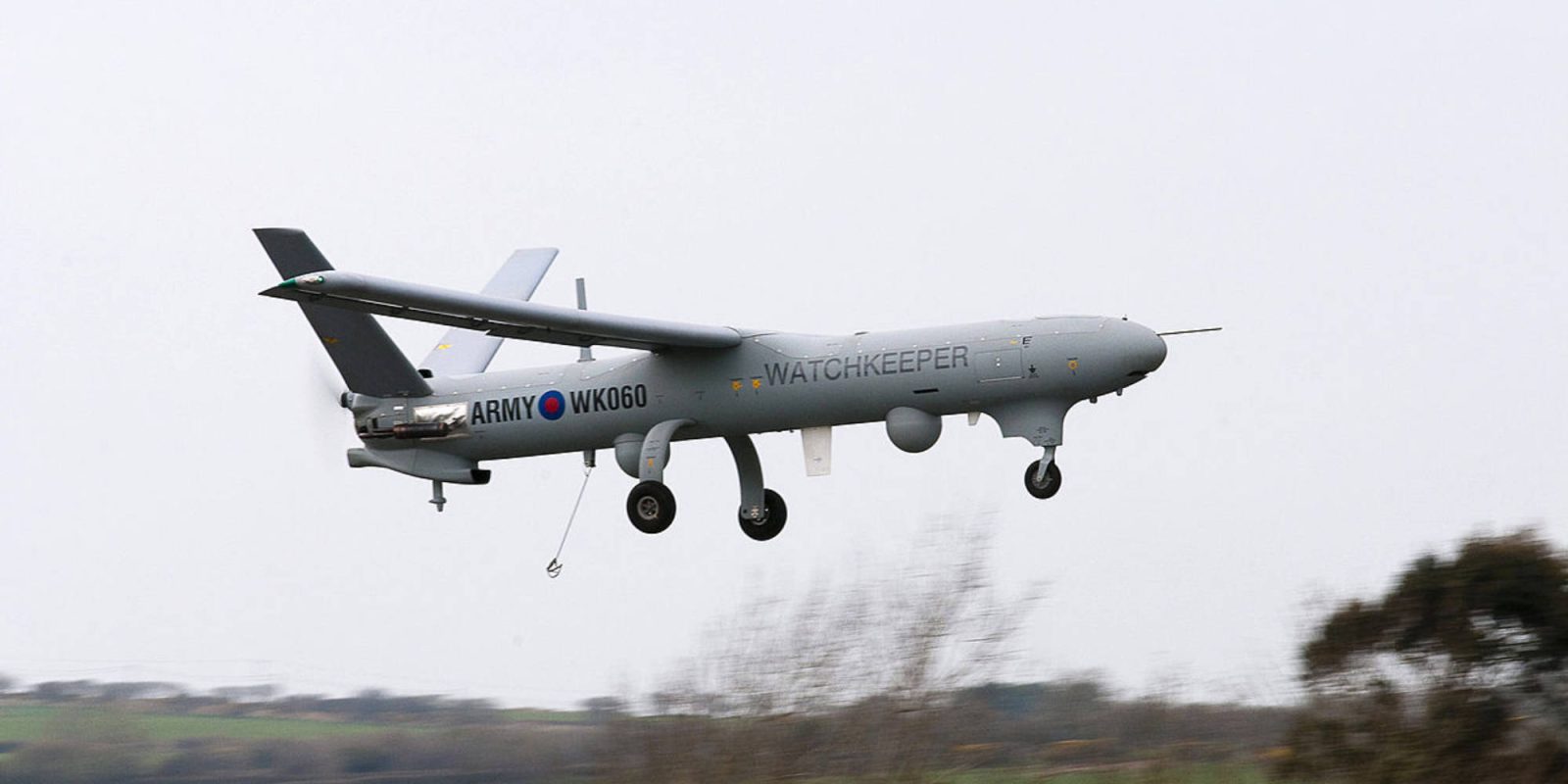 A British military drone has, unfortunately, hit the ground during a recent test flight in the Middle Eastern country of Cyprus. The Watchkeeper WK450 drone is believed to have crashed during a training session back in October, which has just be made public by the Observer.

The Watchkeeper drone is a joint venture between Thales Group and Elbit Systems. The drone is based on the Israeli-made Elbit 450 drone. The drone has a length of 6.5 meters (21 feet) and a wingspan of 10.9 meters (35 feet). Watchkeeper cruises at 143 kph (88 mph) and flies at a maximum altitude of 16,000 feet.

Thanks to a Freedom of Information request, it turns out that the drone hasn’t added as much practical value as first thought. The drones being flown under Operation Devran have reportedly only been flown for a total of 43 hours and 52 minutes during September.

During October, the drone only saw the sky for a total of 23 hours and 54 minutes. Chris Cole, director of Drone Wars UK, which has been looking into the use of these drones, said the following:

The drone was originally meant to be used as a surveillance drone in Afghanistan but has been used by the UK Border Force to patrol channels for illegal boats trying to enter the UK. That being said, the Watchkeeper has had quite a history with incidents. During trials back in February and March of 2017, Watchkeeper drones crashed, which resulted in all being grounded for four months.

The only things we know about this latest crash are the location, month, and year. Due to the drone’s nature, the UK is likely hiding the reason, and many of the other details that have caused the drone to crash.

The use of military-grade drones at borders is the beginning of the use of drones that blur the boundaries between military and domestic policing. As the concept of border security extends from the border and intrudes further into everyday life, the rights implications will begin to swiftly move beyond migrants and impact all of us.