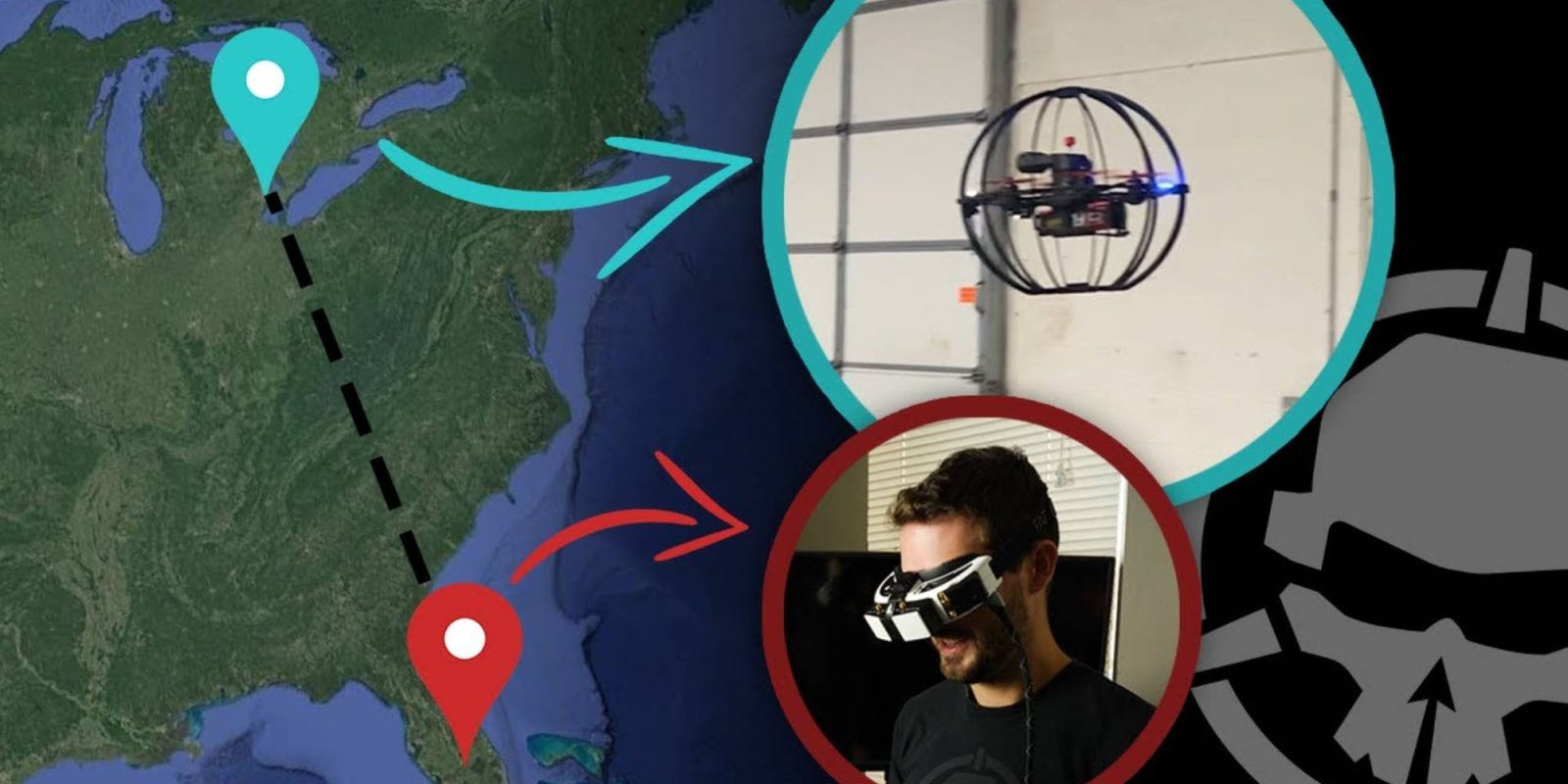 Thanks to a new partnership with Skypersonic UAV, Fat Shark has managed to fly a drone from 1,200 miles away with minimal lag. The system uses custom-developed hardware and software from Skypersonic and Fat Shark’s Shark Byte system.

Rotor Riot released a video a few days ago of one of its pilots flying a drone from Florida to Michigan, approximately 1,200 miles. The tech to make this possible is Skypersonic UAV, which has developed a platform that allows pilots to control FPV drones from anywhere in the world.

In the video, there was a pilot in Florida, while the drone was all the way in Michigan. The drone was using Fat Shark’s Shark Byte system for video and the company’s remote pilot tech.

The ability to control the flight of a drone from thousands of miles away should accelerate the commercial adoption of drone technology, expand the number of business services that can be provided by drones, and lower travel and training costs for companies deploying drones. The combination of our recently launched Shark Byte digital system and Skypersonic’s patent pending software platform provides video resolution that will enable pilots to navigate more safely and execute commercial flights that were not possible with an analog system.

Using a special computer program, the pilot could connect a drone controller, have it automatically detected, and connect to the drone 1,200 miles away. To make this possible, the drone’s signal is sent to Skypersonic’s server in Europe, sending it back to the pilot and vice versa.

Once in the air, you could see that the drone was controlled without any issues. The pilot was able to get a feel for the drone and move it around. There is some lag, which is expected from a system like this. That being said, the applications for this kind of platform don’t require amazing latency anyway.

We are upgrading our entire fleet to the new Shark Byte digital system. Global customers like Exelon rely on our drones to safely reach places that are difficult expensive and dangerous to inspect by manned teams. Shark Byte’s low-latency high-definition video, a significant advance from prior analog systems, will enable our customers to take their inspections and security applications to a higher level of performance and safety.

This combination of technology from both companies is perfect for situations that might be too dangerous for a drone pilot to be in. The area might unstable or hazardous to humans, making it perfect for someone to be as far away as possible.

Another use case could be for companies with drones around the US and pilots in one control center. This would allow the pilots to access and control the drone without needing to travel to the specific location, which cuts down on costs and time needed to complete a job.

The Shark Byte system offers users near-zero latency while providing them with a 720p 60 fps video feed when paired with Fat Shark’s goggles. Up to eight pilots can be flying in the vicinity, making it a great choice to use on the race track and in the backyard. The goggles can also be used alongside analog systems without any issues.

The digital system mounts to existing Fat Shark goggles and allows them to be used in the new digital and older analog modes. The digital module comes with a battery in the box but can be used with 3S to 4S batteries for longer flying days.

To work with the new digital system, FPV camera maker RunCam has developed its new RunCam Racer HD – a 14 x 14 mm camera that is perfect for the smallest to the largest of builds. The transmitter has also been reduced in size to fit the standard 20 x 20 mm mounting holes and has been upped to 500mW for increased range and a cleaner signal.