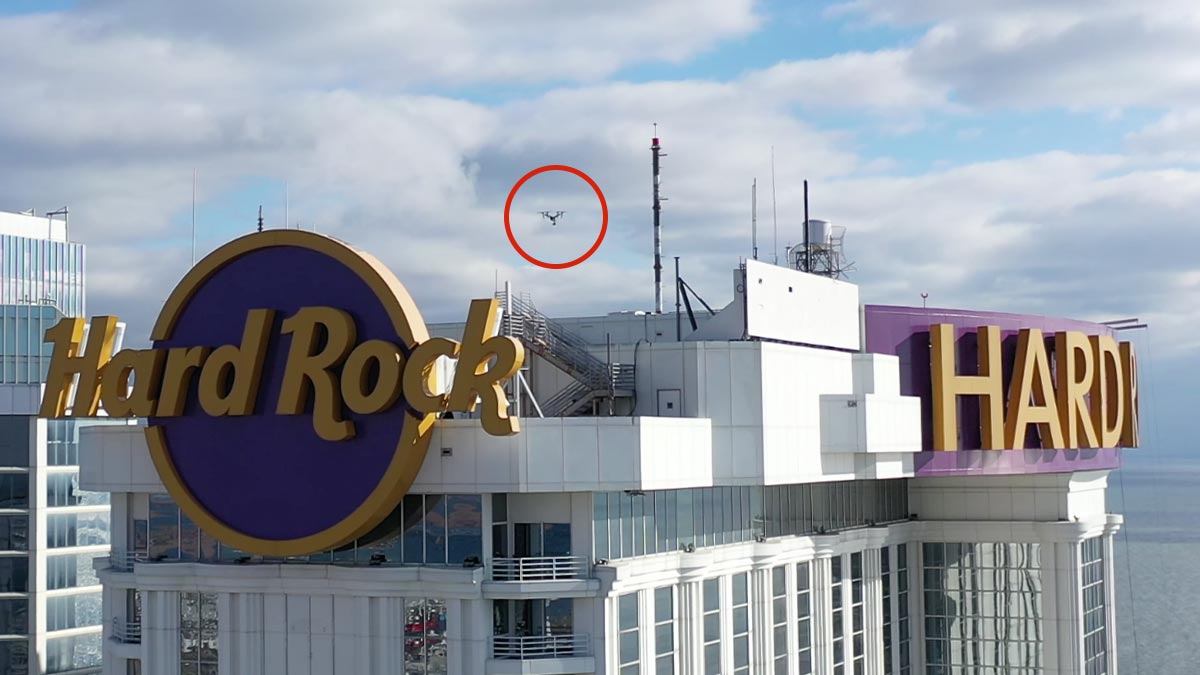 At the end of 2020, the Hard Rock Hotel & Casino created some fun posts for their “Elf on a Shelf” campaign. With the aid of a few drones, they were able to give their audience a new, unique perspective.

It’s fun to see companies embracing drone work more and more. Though a drone offers a great perspective, the proper creative ideas and execution can help bring things to the next level. I had the honor of being able to work with the Hard Rock to help them film these holiday videos. This was their first time using drones for creative marketing.

It all started out when a buddy of mine working at Hard Rock called to see if I’d be willing to help their marketing department create some content. After hearing their ideas for a bit of a silly campaign with “Elf on a Shelf,” I was in! Knowing I had the right team to help with the project, I got all the details set up and planned a date to film with the Hard Rock team.

The unique thing about this project was that it was all filmed by drone. We had the Inspire 2, Phantom 4 Pro, Mavic 2 Pro, a cinewhoop and freestyle quad. With all these options available, we had to use the right drones to get the shots both parties had in mind.

It was fun to hear that Hard Rock wanted the Elf to Zip-line in for a grand entry. The creative team at the Hard Rock really went out of their way to set up different scenarios for this Elf. The first shot was a bit extreme and required some fishing line and roof access. Someone would then slide the Elf down the wire, past the guitar, to ground level. For this shot we decided to track the Elf with the cinewhoop and GoPro at a slower frame rate. With ducts or prop guards on, this 3″ FPV drone could get super close to the subject without having to worry about the props bumping into something.

Our second shot of the day was to shoot the Elf just sitting on the Guitar at the entrance of the casino. With the Elf being so small (around 9″ tall), our team decided to fly Inspire 2 with the X5S and a 45mm lens. Essentially this would give us a 90mm perspective in 4k with the micro 4/3. Flying a longer lens like this allows us to be further from the subject while actually being really tight on it because of the lens.

For the third and final shot of the campaign, we decided it was best to fly from the top of the parking garage. This would give us plenty of open space to fly without having to go over the main entrance area with people and cars. The Hard Rock crew set up to the roof standing a little over 40 stories tall. They put the Elf inside of the letter “c” on their main logo of the building. Once everything was in position, we launched Inspire 2 with 45mm lens to achieve that up close, yet far away type shot (as seen in thumbnail).

Lastly, we decided to spend a night there to shoot some of our own creative ideas. Since we were granted access to fly on their property, we figured we would make the most of it. Our buddy Martin Sanchez was able to join us for this shoot and had an idea to bring this guitar to life. His idea was to draw patterns over the guitar with Lumecubes on a drone. In this sense, this was a visual representation of the “electric” that runs through the guitar.

This special piece added a little bang to our visit by showing the Hard Rock what a drone can do when combined with a creative idea. This relates to the New Years Light Paintings I posted about last week. Sanchez essentially layers these drawings up to produce an animated image. That animation is then turned into a unique light show that is new and quite catchy to many people.

In the end, we used a variety of different shots from the Mavic 2 Pro, Inspire 2, and Cinewhoop. With creative direction from Hard Rock, we were able to produce a few fun pieces of content. This creative drone marketing lets them distribute engaging material to their audience.

We love to fly and show others what drone technology is capable of doing. After completing the actual shoot, we volunteered to stay and create something we had in mind. Though we know what we are able to create, it’s hard for others outside this field to understand until they see examples. By producing a little bit of extra content, we are able to visually show possibilities for future projects/campaigns.