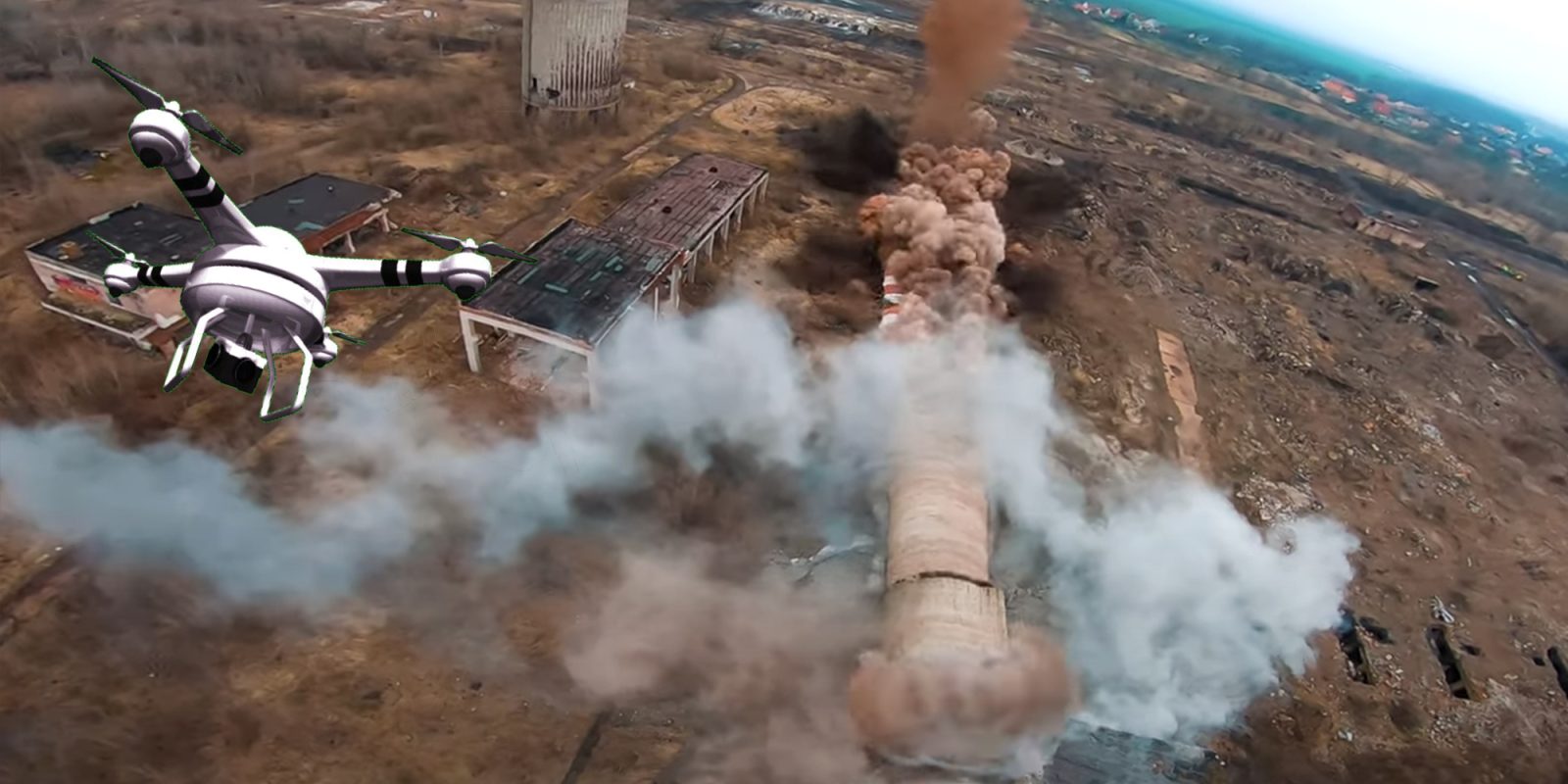 When the wreckers blew up the Wood River Power Plant in Illinois this month, we thought, “Cool, they photographed it with a drone.” But it turns out demolitionists have used drones to document their end-of-life endeavors for some time. Their results are often spectacular. So we thought we should package a drone demolition roundup to showcase a few “creations.”

Environmentalists worry the debris thrown up by the Wood River demolition might send a dangerous plume of dust over the surrounding Madison County communities. Judging by the color of that cloud, they may be on to something.

Their worries were fueled by this demolition in Chicago last year.  Following the pulverization of the Crawford Coal Plant, dust smothered a low-income neighborhood. A drone captured the explosion at the 0:07 mark. And then starting at 1:31 you can see the cloud envelop the Little Village neighborhood.

Demolition News (yes, it’s a thing) reports that drones have become an essential part of many demolition company’s tool kits. It seems a natural choice.

The work is so dangerous, why not use a drone to investigate rather than risk a photographer’s safety?

Many of these videos contain a lot of dramatic buildup, so we’ve provided the start times for the money shots because, we know: You’re busy.

There’s some amazing FPV work in this destruction of a former meat processing plant. At least until the very end when (spoiler alert) it appears the drone itself gets demolished. But start at 0:36.

We covered only one drone demolition video before, of a sad old transmission tower in Denmark. It seemed impressive at the time, but this genre of drone noir had yet to be a, um, smash.

The Republic/National Bank of Dallas looks barely old enough to knock over, but the wrecking crews arrived anyway in 2019. The drone watches it all collapse and then rise again in one of those pervasive clouds of dust.

Pilot Trevor Scherman captured the last moments of a grain elevator in Rockhaven, Saskatchewan. They really know how to build them in the prairies because the wood structure barely breaks. A lot of unpleasant looking stuff falls out of the top, though.

We’ve seen the future of drone demolition videos, and its all FPV. Watch pilot Le Drib photograph the destruction of yet another power plant. The wreckers invited him to take video of the event, so his timing is perfect. Even so, it’s a wonder he caught as much damage as he did. Start at 3:34.

Last March, pilot András Piroska had a once-in-a-lifetime chance to photograph a chimney demolition in Hungary. He does not disappoint. Start at 0:39.

Smokestack demolitions seem to be a popular subject for drone photographers. So here’s three at once. If those plumes of smoke disturb you, consider this. The Navajo Generating Station in Arizona was the third-largest producer of greenhouse gas emissions in the US. So pick your toxic cloud. And start at 0:20.