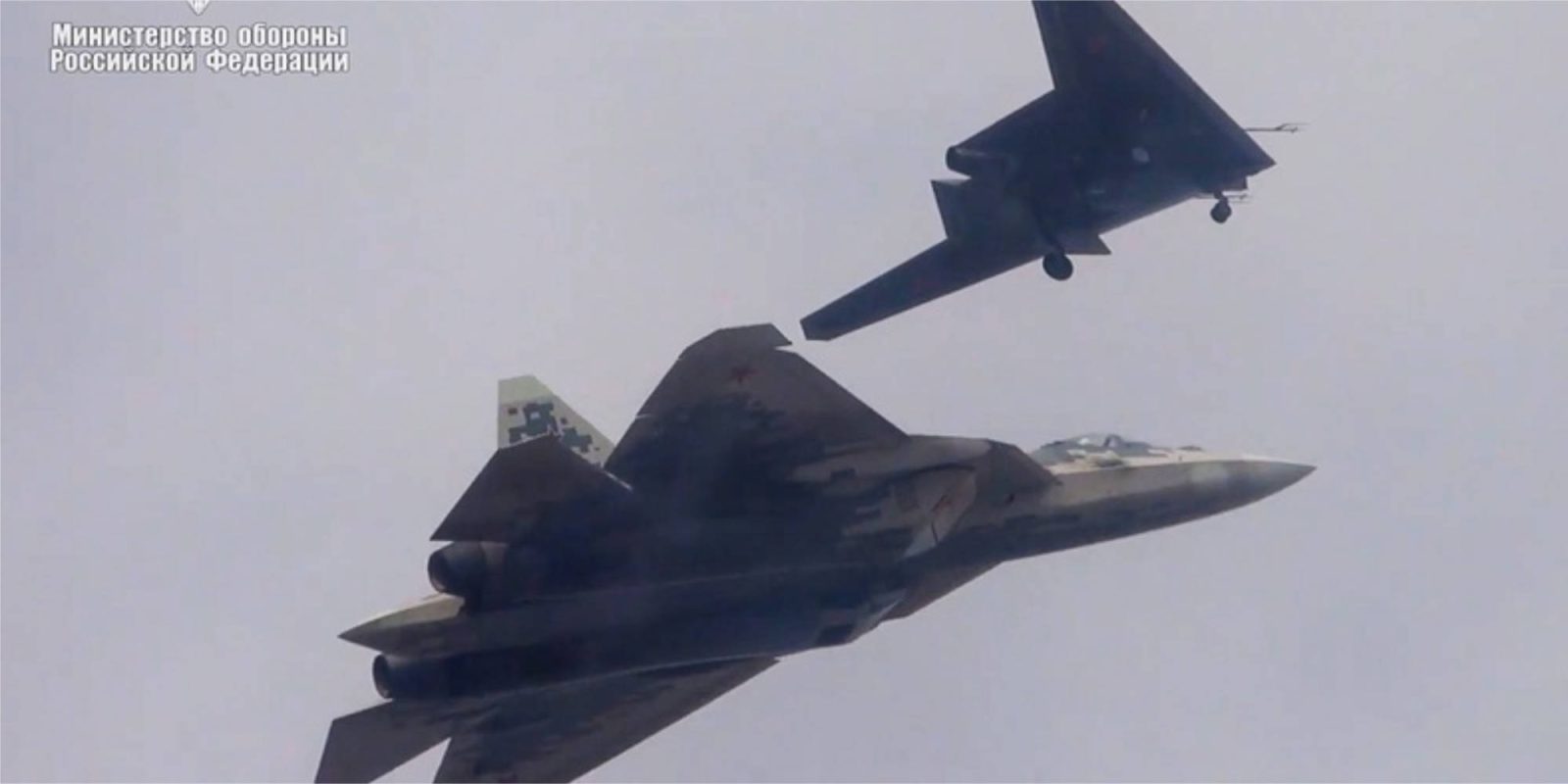 Russia is looking to join the United States in paring its fighter jets with armed reconnaissance drones to improve aerial combat. The news was shared by a Russian media outlet earlier this week.

Combining the two aircraft will allow the Russian defense force to close gaps in its air defense systems, closing hundreds or even thousands of miles of space, essentially creating an impenetrable wall of defense.

The Okhotnik stealth fighter drone features the latest stealth technology, follows stealth design language, and has a take-off weight of 20 tons. The drone is powered by a jet engine that allows it to fly at around 1,000 kilometers per hour (621 miles per hour).

According to the Russian Defense Ministry, the drone is also covered in an anti-radar coating and is packed with electro-optical, radar, and other reconnaissance hardware.

In today’s conditions, such a scheme can work. Remote control of aircraft from the side of another aircraft tried to establish during the Second World War. But then the technology was too raw. And now the fighter pilot will no longer have to be distracted to directly control all the actions of the drone.

In the video below, you can see one of the Okhotnik drones shown in 2019 during an international defense exhibition outside Moscow. You can see the stealth drone flying alongside a Su-57 fighter jet. The flight appears to be a short trip around the runway before it can be seen landing again.

The video description tells us that the drone was flown in a fully automated mode as a part of testing. The drone could extend the range of the fighter jet’s radar range by going out in front of it. The flight test lasted over 30 minutes and turned out to be a successful test for its army.