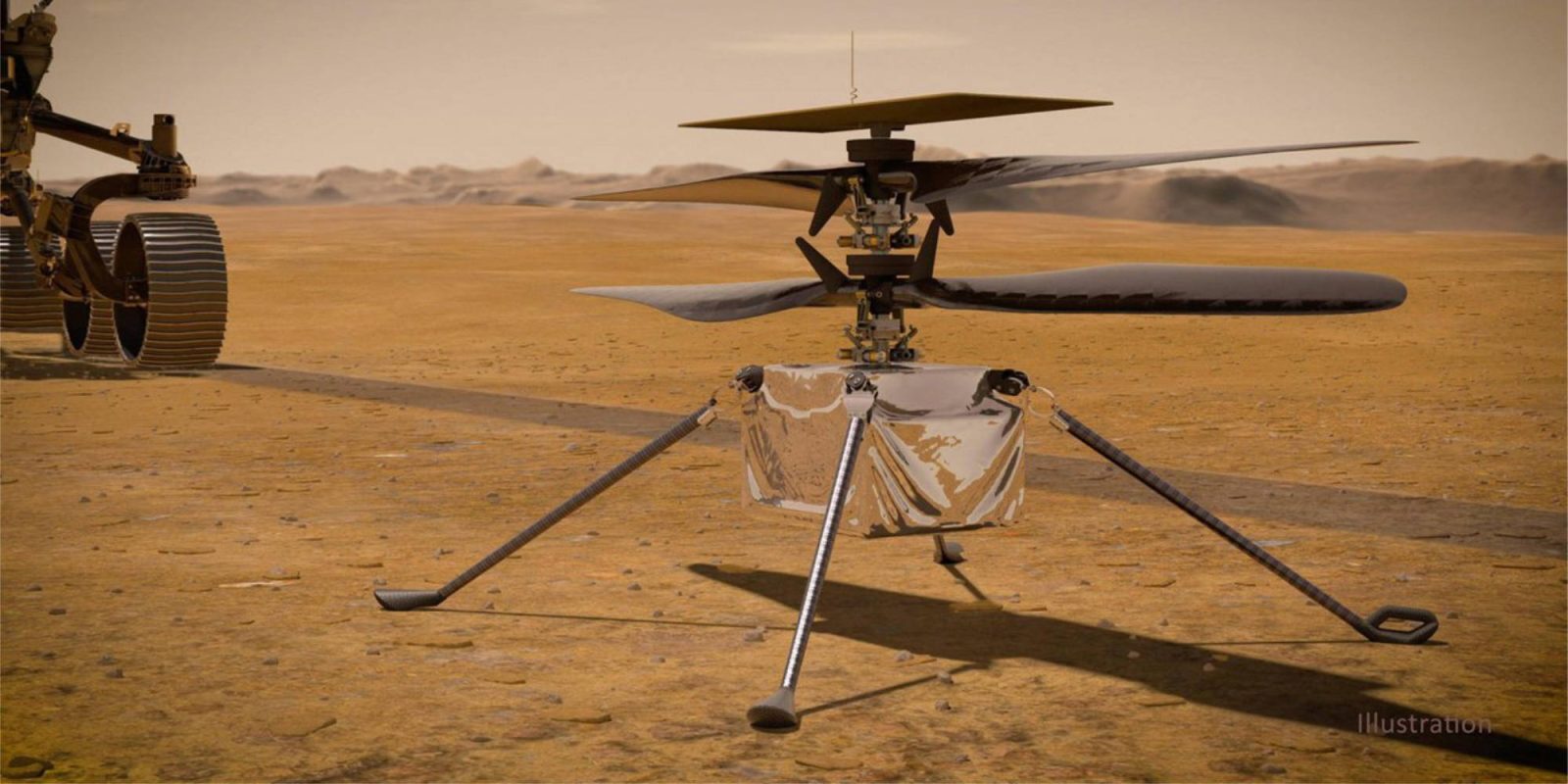 NASA’s Ingenuity Mars drone recently landed on Mars with the Perseverance rover. It is now preparing to take its first flight on the Martian planet. The downlink was received shortly after the landing, indicating the helicopter and base station are working correctly.

The helicopter drone will stay connected to the rover for the next 30 to 60 days as it receives its first charge on the planet. Ingenuity has already gone through a one-hour power-up to boost the batteries to around 30%, with another charge coming in the next few days, taking it to 35%.

The batteries will then be charged weekly while connected to the rover, with the charge data being compared to the flight to Mars. This will allow the Ingenuity team to better adjust for future charging sessions.

There are two big-ticket items we are looking for in the data: the state of charge of Ingenuity’s batteries as well as a confirmation the base station is operating as designed, commanding heaters to turn off and on to keep the helicopter’s electronics within an expected range. Both appear to be working great. With this positive report, we will move forward with tomorrow’s charge of the helicopter’s batteries.

Once ready, the Ingenuity helicopter will be released by the rover and explore on its own from then on. The drone will rely on its solar panels to charge and keep flying, as well as warmers to give it the best chance of surviving the minus 130 degrees Fahrenheit nights.

As this is the first time for an attempted flight on Mars, getting the drone to fly isn’t the main focus. Getting Ingenuity to survive the journey and land safely with the rover has been just as important as a flight would be on Earth. That being said, if the helicopter does take off, it will mean it has achieved over 90% of its mission goals.

We are in uncharted territory, but this team is used to that. Just about every milestone from here through the end of our flight demonstration program will be a first, and each has to succeed for us to go on to the next. We’ll enjoy this good news for the moment, but then we have to get back to work.

The helicopter, Ingenuity, will allow NASA to get a new look at the planet from above. Much like a drone on Earth, the helicopter will allow scientists to capture high-definition images to better prepare for future missions where a rover or human might land.

The helicopter will be able to fly as high as 15 feet and as far as 160 feet with the longest flight duration being 90 seconds. To keep itself in the air, Ingenuity spins its propellers between 2,000 and 3,000 rpms. It also comes equipped with a solar panel to charge itself back up, onboard flight computers, navigation sensors, a color camera, and a black-and-white camera.