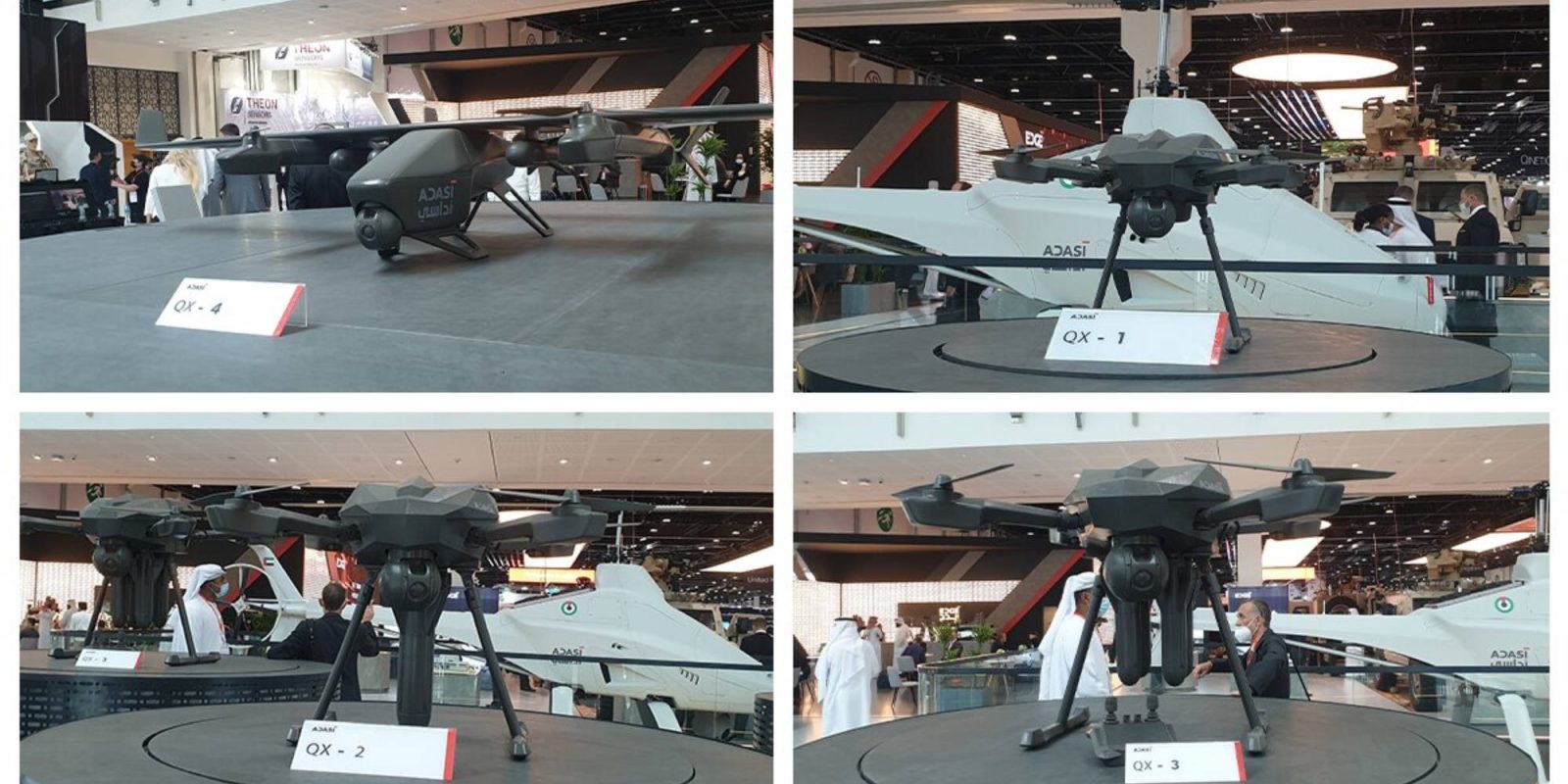 Drone manufacturer Edge Group has released its latest drones, the QX family of loitering or kamikaze drones, at IDEX 2021. The company has also used the show as an opportunity to show off its Shadow 50 and Shadow 25 drones and a new variant of the RW-24 drone.

The new family of QX drones consists of four variants, the QX-1 micro drone that can carry a payload of up to 0.5 kilograms, with an overall weight of 3 kilograms.

The QX-2 is a larger drone with a 1.5-kilogram payload, while the QX-3 can carry up to 5 kilograms of weight of four guided munitions. The biggest of the lot, the QX-4, is a vertical takeoff and landing drone with a payload capacity of 5 kilograms and can fly for up to 90 minutes.

The drones have been produced by the company’s subsidiary Adasi and are built locally. The drones use AI to detect targets and attack.

Edge Group has also shown off its Shadow 25 and 50 drones that are designed to carry 25 kilograms and 50 kilograms of cargo, respectively, with systems that allow both to work in GPS-denied environments relying on video feeds instead. The company’s RW-24 drone also received three new variations, with one accepting larger warheads and the other two able to carry larger payloads over a longer distance.

IDEX is a great event for established and new companies to show their technology to defense officials from countries around the world in hopes of landing a deal with one of them. The conference will occur at the Abu Dhabi National Exhibition Centre and began February 21 until February 25, with around 830 exhibitors.

At the conference, partnerships created usually result in long and positive relationships between the country and company, essentially rocketing smaller companies into the international spotlight.

Even if a company doesn’t land a deal with a country, other companies will often want to work with them to develop a product that relies on each company’s expertise. This allows them to build their network out slower but eventually results in lots of orders.

Check out the rest of our IDEX 2021 coverage: