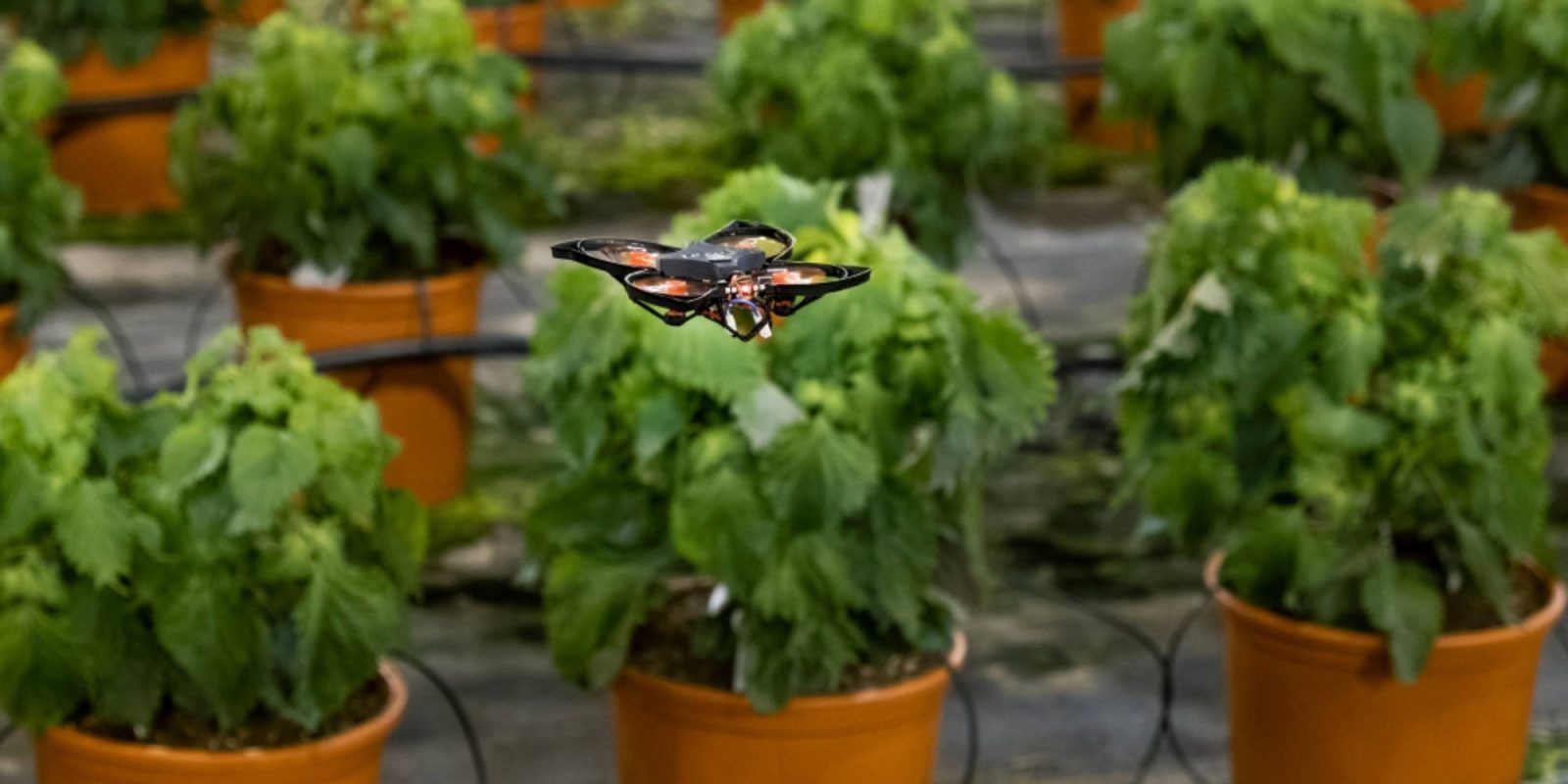 A cress grower from the Netherlands has turned to drones to protect crops from the moths and caterpillars that munch away at them. The greenhouse grower has enlisted PATS Indoor Drone Solutions’ help to get the high-tech security team in the air.

The drone system uses an array of cameras placed in the greenhouse backed by algorithms that can detect the moths in flying.

A drone is then told where the moth is, and it attacks. Flying into the moth and killing it almost instantly. Rob Baan shared that he has chosen to use the drone as he doesn’t want to use chemicals on his plants.

No moths were flying around during a recent visit to the greenhouse, suggesting that the system looks to be working great. The plants were also in the best condition they have ever been in due to the lack of caterpillars munching on the leaves.

The cameras are also able to see the differences between different insects flying around in the greenhouse.

“You don’t want to kill a ladybug because a ladybug is very helpful against aphids. So they should kill the bad ones, not the good ones. And the good ones are sometimes very expensive — I pay at least 50 cents for one bumblebee, so I don’t want them to kill my bumblebees.”

While the technology is still in its early stages, the results it has seen so far are impressive and will result in widespread adoption within the Netherlands and eventually the world. The system still requires many drones to ensure each moth is killed, something that Baan isn’t a fan of.

“It’s still a development product, but we… have very good results. We are targeting moths, and we are taking out moths every night in an autonomous way without human intervention. I think that’s a good step forward.”