This is what a DJI FPV drone crash looks like: total destruction 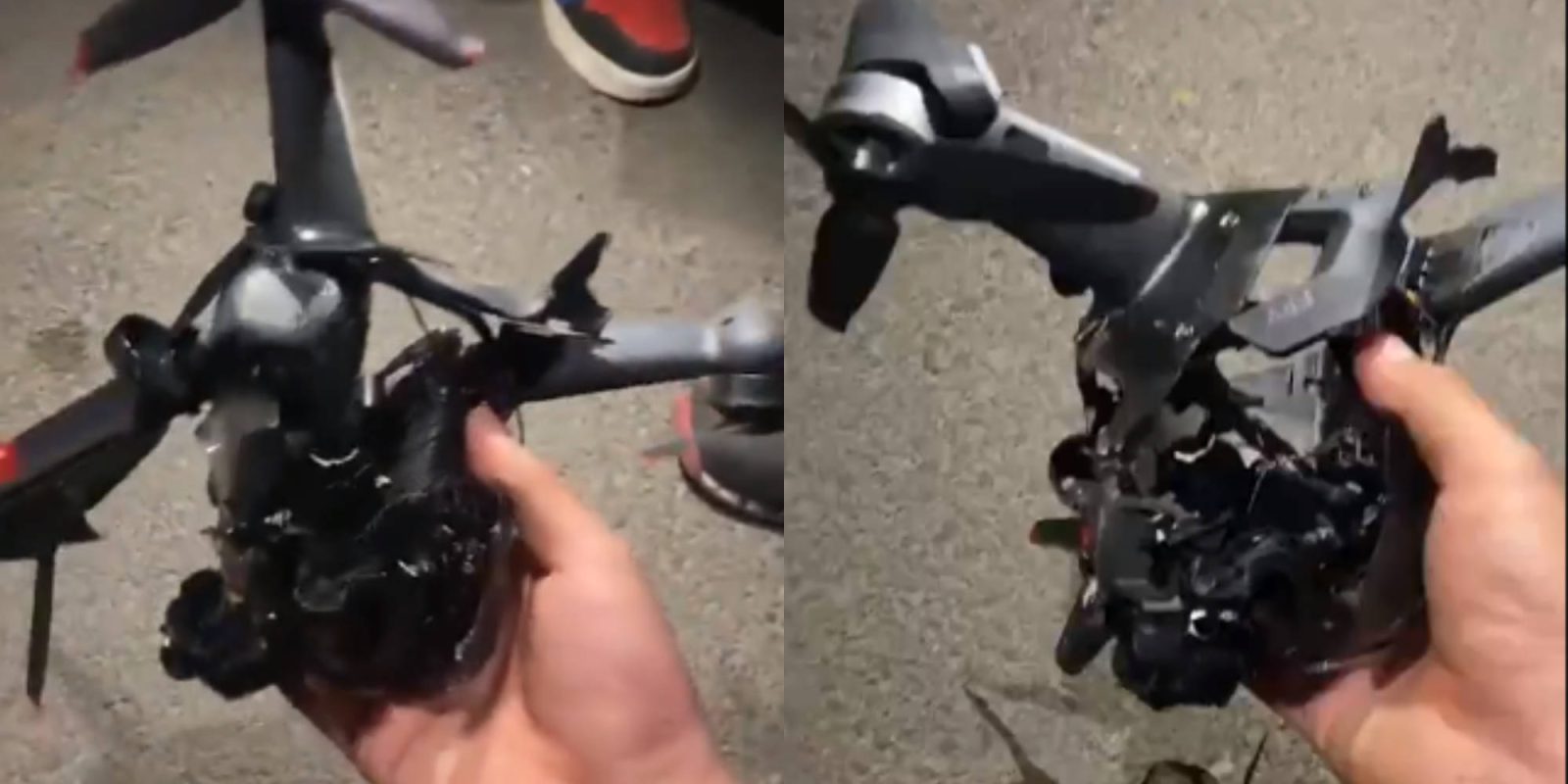 After being out for less than a week, the DJI FPV drone has already begun to see its first crashes, with this one causing total destruction. The video doesn’t show the crash but rather what is left of the drone after what looks to be a high-speed impact.

Taking a look at the video from KANZHAJI on Twitter, we can see the drone being shown off after it was involved in a pretty devastating crash. You can see the canopy and the front arms have separated from the rest of the body, only holding on with a few wires.

The actual arms, motors, and propellers of the FPV drone appear to be untouched and still in working conditions, while the battery compartment appears obliterated. Depending on the wires’ state for the arms, the drone’s brains can likely be replaced while they have been reused to keep repair costs down.

This video is a great reminder of how the DJI FPV drone is no toy – even though it is equipped with obstacle avoidance sensors and DJI’s smart modes, the high rate of speed it flies at is no joke.

With its first FPV drone release, DJI has made sure to build it a little different from its previous drones to make it easier to repair and replace parts. DJI has also put various parts expected to break on its website for those wanting spare or replacement parts.

DJI already has a few parts available in its store. For now, you can only get a replacement gimbal camera, landing gear, and arm braces, which look to be an add-on to make the drone more resilient to crashes.

The limited number of parts in the store could just mean that these are the only things you can officially replace, but to us, it seems like DJI doesn’t have enough stock to be selling replacement parts just yet. We also expect the third-party market to become a big thing around this drone, allowing you to customize it to your liking.