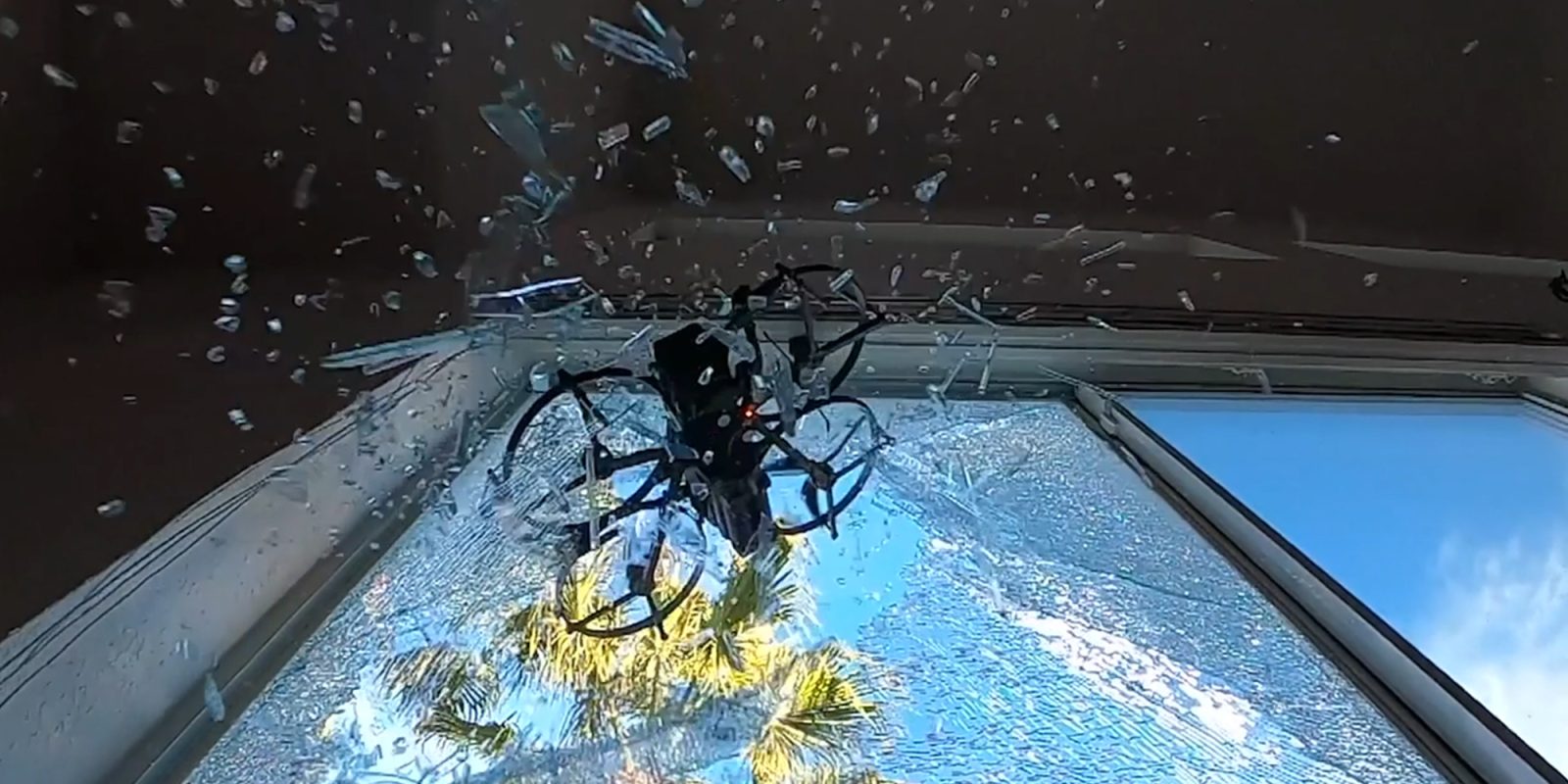 A new UAV marketed to police SWAT teams includes a feature we’ve never seen before: The drone has a whirling blade that smashes glass.

SWAT teams face criticism for their no-knock warrants that kill or injure people – including bystanders and police. If surprise is necessary, sending a drone first into a dangerous situation could theoretically save lives. But how to get a relatively light drone into a locked apartment? The LEMUR’s answer is to just smash through the window.

The LEMUR is built by BRINC Drones to help police locate, isolate, and communicate with suspects. It has an encrypted cellphone link for two-way communication and can right itself if it crashes upside down. But it’s that remarkable glass smasher that sets it apart from the many other police drones we’ve seen.

BRINC says the 5-inch blade has tungsten teeth and can spin at up to 30,000 RPM. It’s enough to break tempered, automotive, and most residential glass. It’s an add-on feature to the drone, but it can be quickly attached with three thumb screws.

Drone has a whirling blade

You can see it in action at the :08 mark. BRINC points out it can also open doors… if they’re already ajar. You can see that at :27, but it’s not terribly impressive.

And there’s a tight shot of the blade mechanism at 1:26 mark in this video.

Viewers of Battlebots know if a whirling blade comes into contact with a stationary object, at least SOME of the energy is absorbed by the blade. A 2.4-pound drone would be knocked reeling from a 30,000 rpm collision. The video doesn’t actually show that moment of impact, but the fact it hits the floor upside down suggests there’s no fancy electronics or damping to keep it stable.

LEMUR has little legs to sit on in case it becomes engaged in a long negotiation with a suspect.

And it’s designed to be flown in first-person view.

LEMUR is distributed by Drone Nerds, and a fully equipped kit can cost as much as $8,999