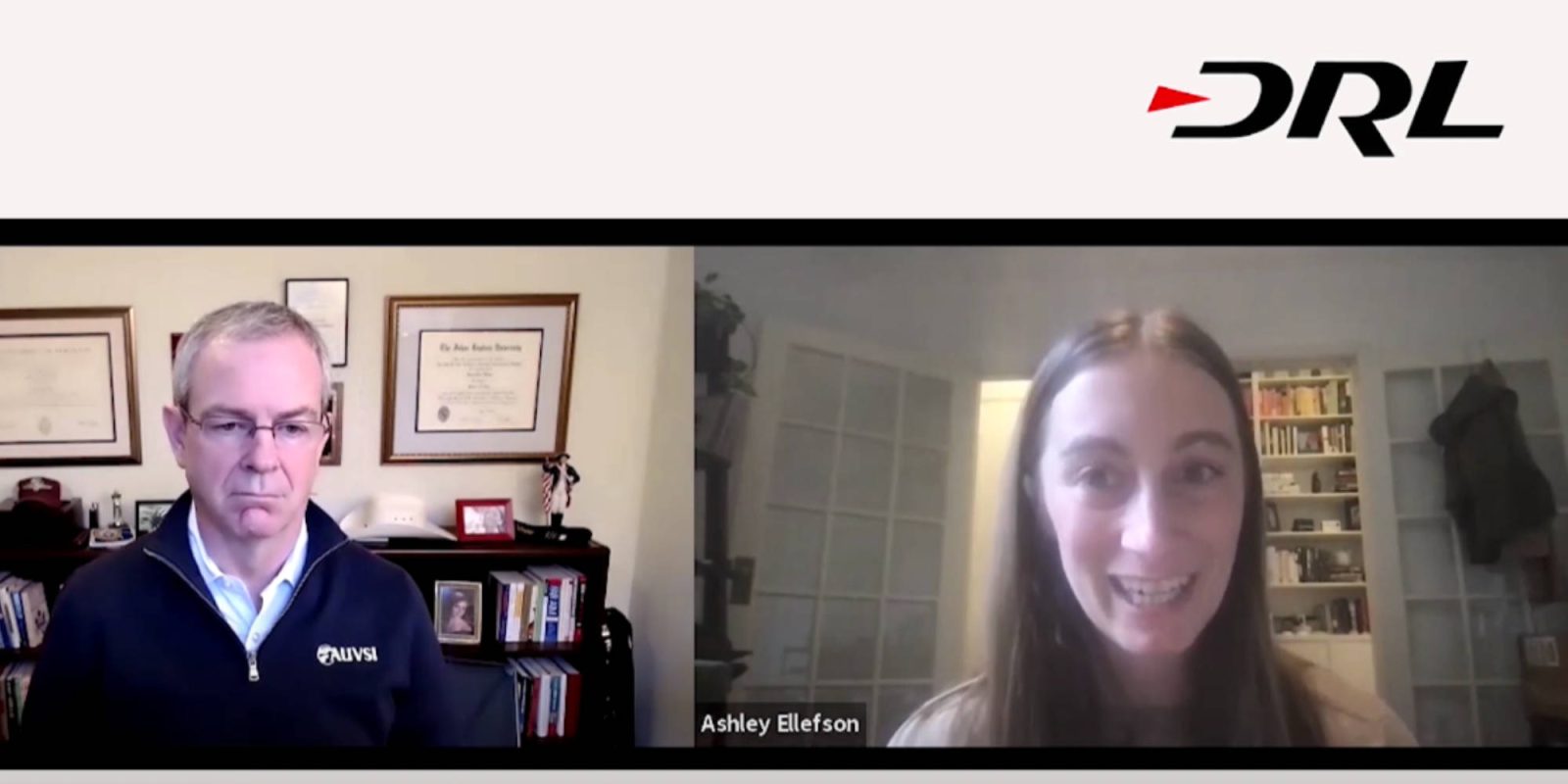 AUVSI president and CEO Brian Wynne recently sat down virtually with Drone Racing League (DRL) COO Ashley Ellefson to discuss drone racing and adapting to COVID-19. The two discuss how DRL has been able to keep on its promise of drone racing from a virtual setting and allowing fans to bet on the sport from home.

The conversation started around how the DRL team has managed to create a company with professionals able to produce the drones, capture the drones, and manage the live in-person events, and for it all to be stopped by COVID-19.

This then resulted in DRL pivoting to online drone racing, with events being streamed across the internet and on TV and then partnering with DraftKings to offer drone racing sports betting to give fans a chance to feel more involved.

Wynne then asks Ellefson about her history, creating courses for Tough Mudder and being one of the first to get the concept off the ground. This also was her connection into the world of drone racing as the DRL founder also came from the Tough Mudder world.

Ellefson discusses the new market that drone racing has been able to tap into, along with the ability for pretty much anyone to become a drone racing pilot and be the best at it. She also spoke about the technology and massive research and development time that goes into building the drones and ensuring the signals transmitted are stable.

The discussion also talks about the recent partnership with T Mobile to bring 5G to the drone racing world. The partnership will see DRL developing 5G drones that fly on the T-Mobile network, opening up new drone-racing opportunities.

Starting next year, the drones you see racing around tracks will be equipped with T-Mobile’s 5G, with the hope for them to be smoothly integrated into the sport and become the go-to drone to use in races. As the drones will always be connected to the network, DRL will soon stream the view from all the drones live to fans without interruptions.

Be sure to watch the full episode below to learn more about the Drone Racing League (DRL) and the struggles it faced bringing drones into the mainstream of sports.

The DRL SIM is the Drone Racing League’s official drone racing and freestyle simulator. The simulator was built and improved upon over the years to get the drones flying as if they were in the real world. The team captured tracking data of drones flying around in real life to get the physics just right and buid a database of all the parts in the game to create over 260,000 drone combinations.

The simulator allows you to practice flying for the first time, fly in an open space as you like, or race against other people online to test your skills. You can even race for a spot in the drone racing league during the DRL SIM tryouts.