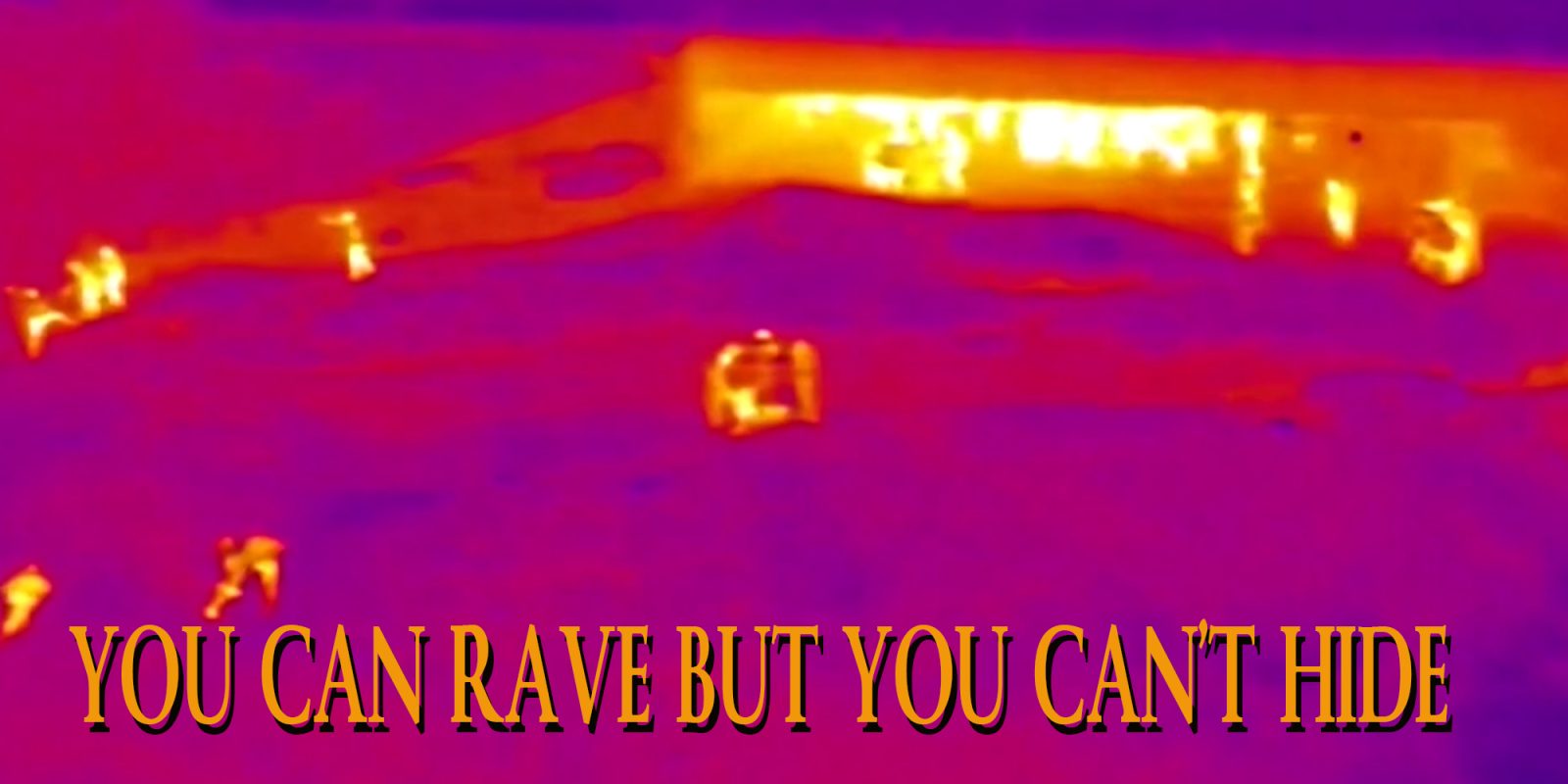 No one’s above the law, especially now that police routinely use drones as part of their investigative toolkits. Twenty-two people face fines in Birmingham, England, after a police drone spotted an illegal rave.

A member of the public complained to police that a party was under way beneath a motorway bridge in England’s West Midlands region.

Police decided not to move in immediately, instead calling in support from a drone and helicopter. Police believed the partygoers might make a quick break for it and fall into the River Cole or run across the motorway if officers suddenly rushed the rave.

Thermal imaging cameras on a drone spotted about 30 revelers, and bright lights from a chopper subsequently broke up the rave. And the police were right about the river: They helped one woman out after she’d fallen in.

Police arrested a man carrying a suitcase with sound equipment and seized a van they believe was used to set up the event after it became stuck in mud.

“This was an unauthorized event that would have been illegal outside of COVID-19 legislation.” said Assistant Chief Constable Chris Todd. “But considering the public health context, it’s an even more irresponsible act.”

“I understand people’s frustrations at having endured a long lockdown, but amassing in large numbers like this for an unlicensed event in such a dangerous environment is not acceptable and we have to take action,” said Todd.

West Midlands Police say the organizer could face a fine of £10,000.

Twice in the past month we’ve reported on police using drones to help capture suspects. The use of law enforcement’s eyes in the sky remains controversial with the public. But it looks as though the police have firmly embraced their use.