Wanted Montana man captured with the help of a drone 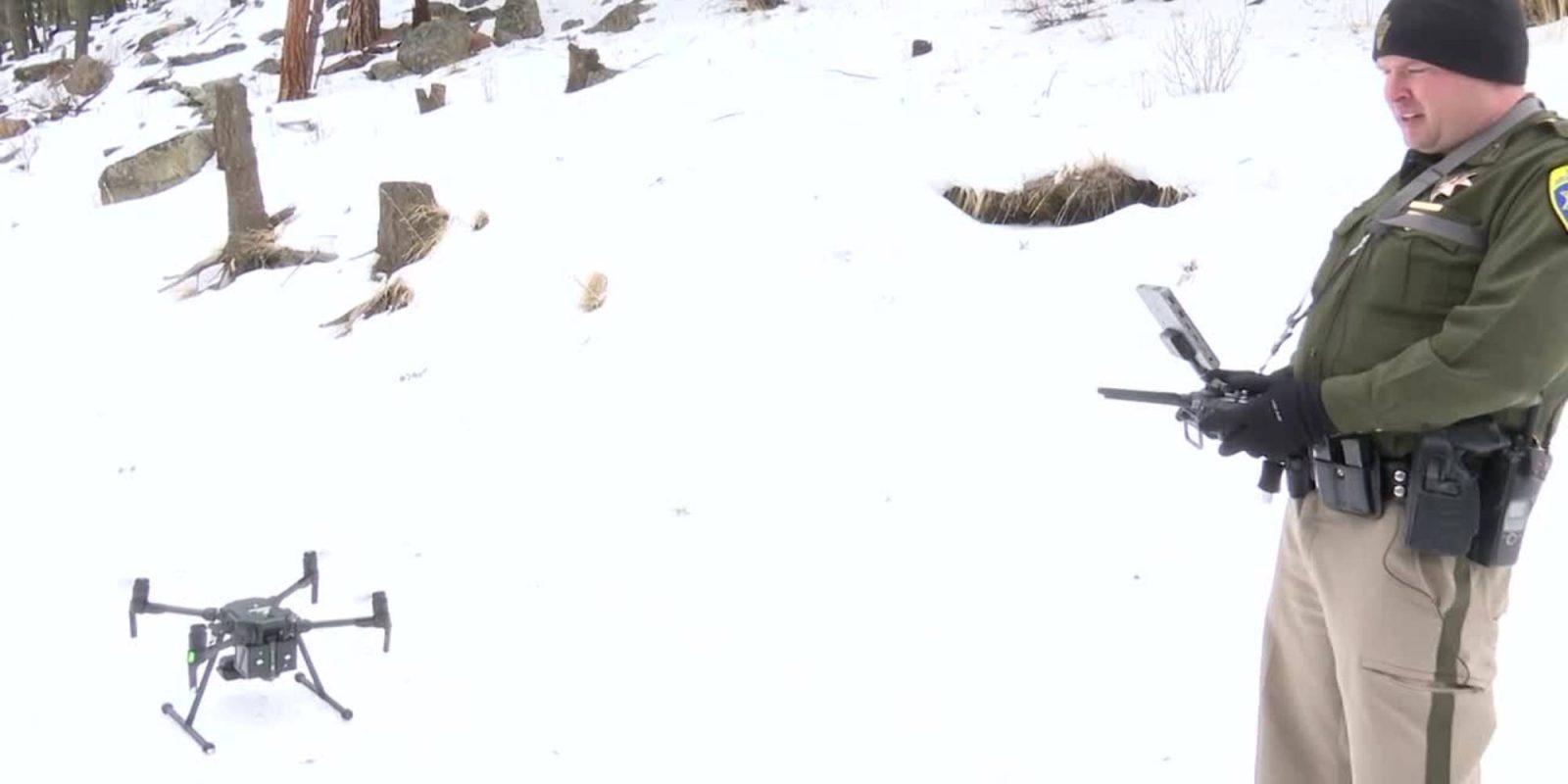 A wanted Montana man was captured early last month by police with a drone’s help after the man hid from police and cut down a tree to block the road leading to him. The drone was able to take the helicopter’s place and aid in the arrest of the man.

The man was wanted by police for trafficking methamphetamine and led police on a five-hour chase until eventually being caught.

Officers from the Helena Police Department and Deputy US Marshals of the Montana Violent Offender Task Force set out to arrest the Wingate Hotel suspect. The man ended up fleeing the area, taking police down back roads and those heavily covered in snow.

Eventually the man was able to get so far ahead of the police that he managed to cut down a tree with a chainsaw, blocking the road. Luckily one of the officers involved in the chase had a fairly large pickup truck with a winch that could move the tree trunk away.

Before that was done, the police first thought it might have been an ambush point, which prompted them to send their DJI Matrice 200 into the sky to look around. The Matrice 200 is equipped with a thermal camera, which allowed the officers to look for heat signatures in the snow.

“I can tell you in my 23 years in law enforcement, this is the first time somebody has cut down a tree in front of us. So immediately when we came to this location, we started looking 360 degrees because we don’t know if we are going to be in an ambush position. We put the drone up immediately to look for any heat signatures.”

The man was then picked up by the drone’s thermal camera and eventually surrendered. He was taken into custody and booked into Jefferson County Detention Center, where he remains. The drone flew through all three of its batteries and played a key role in locating the man, leaving officers happy with the high-tech investment.

Check out some of the great ways drones are being used by first responders to save lives.