Drones are being used to start prescribed burns in Virginia 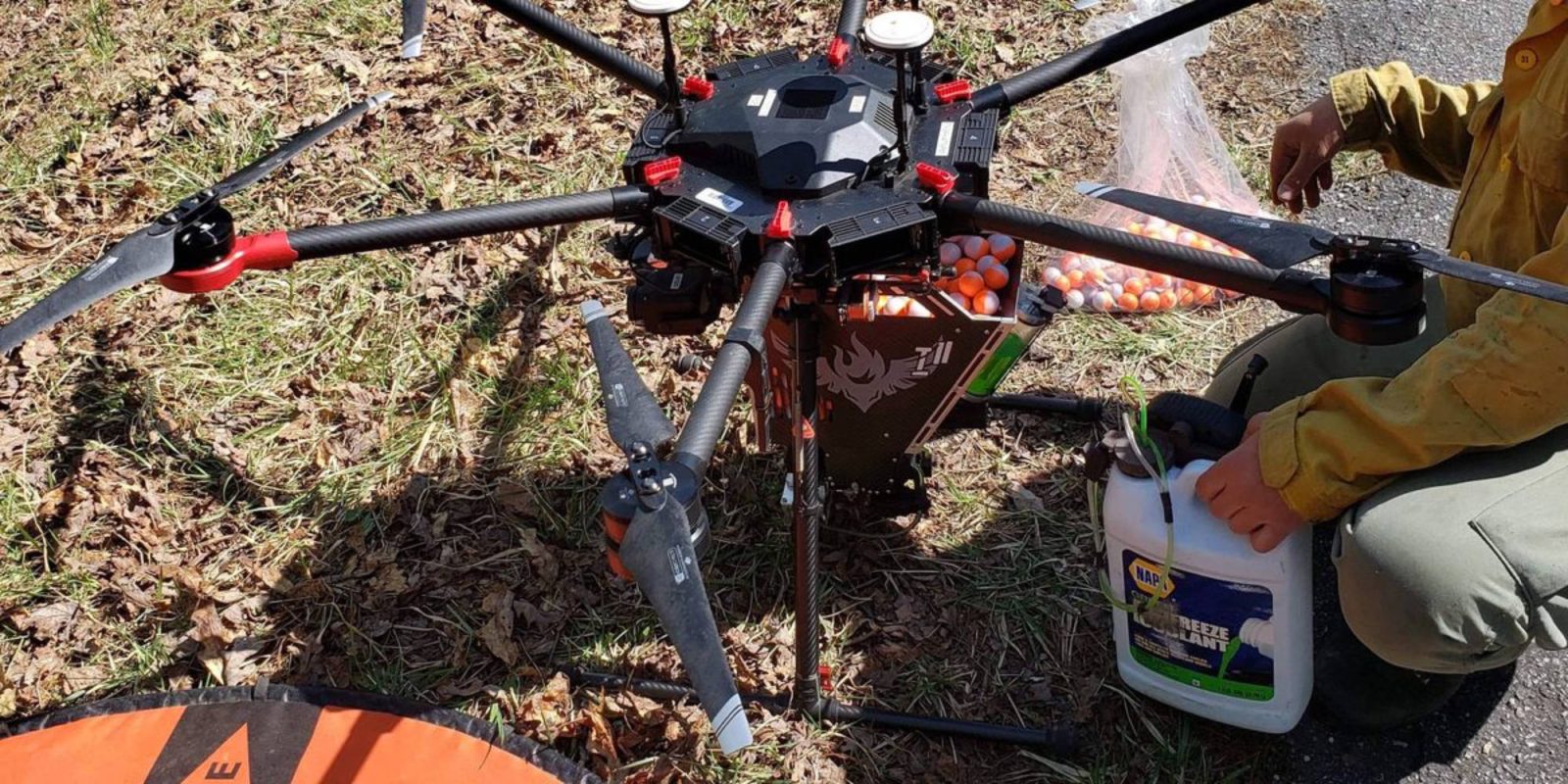 Fire managers across Virginia are turning to drones to help start prescribed burns to save time and ensure the correct areas are burned. The drone drops “dragon eggs” made up of a combustible material that ignites on impact with the ground.

Earlier this week, fire managers posted on social media an alternative method to start prescribed burns using a drone. The team posted a picture of a drone with ignition spheres in an updated model of the system we first saw in 2018.

The system works like any other drone. You send the drone up into the air and hit start. The drone will then start flying on a pre-determined path and drop the “dragon eggs” in specific areas built in to the flight plan. This allows for unique burn patterns to be started without the expert knowledge needed to do it manually.

The drone allows the prescribed burns to be started in a much shorter amount of time with higher precision than manually doing it allows for. Since the system also removes humans out of the equation, the process is now much safer if anything were to go wrong.

If the drone loses connection, it will stop dropping the balls to prevent unwanted fires and return home. The drone can also be flown during the night, saving even more time and getting the job done faster. For those that aren’t aware, prescribed burns are done to prevent larger fires from starting, minimizing the spread of pest insects and disease, and promoting growth.

The system used to drop the “dragon eggs” isn’t new. It was released in 2018. It allows for up to 30 ignition spheres to be dropped per minute and has the capacity for 150 spheres. The system can cover up to 50 to 75 acres in a single flight.

Check out some of the other ways drones are being used to help fire fighters.