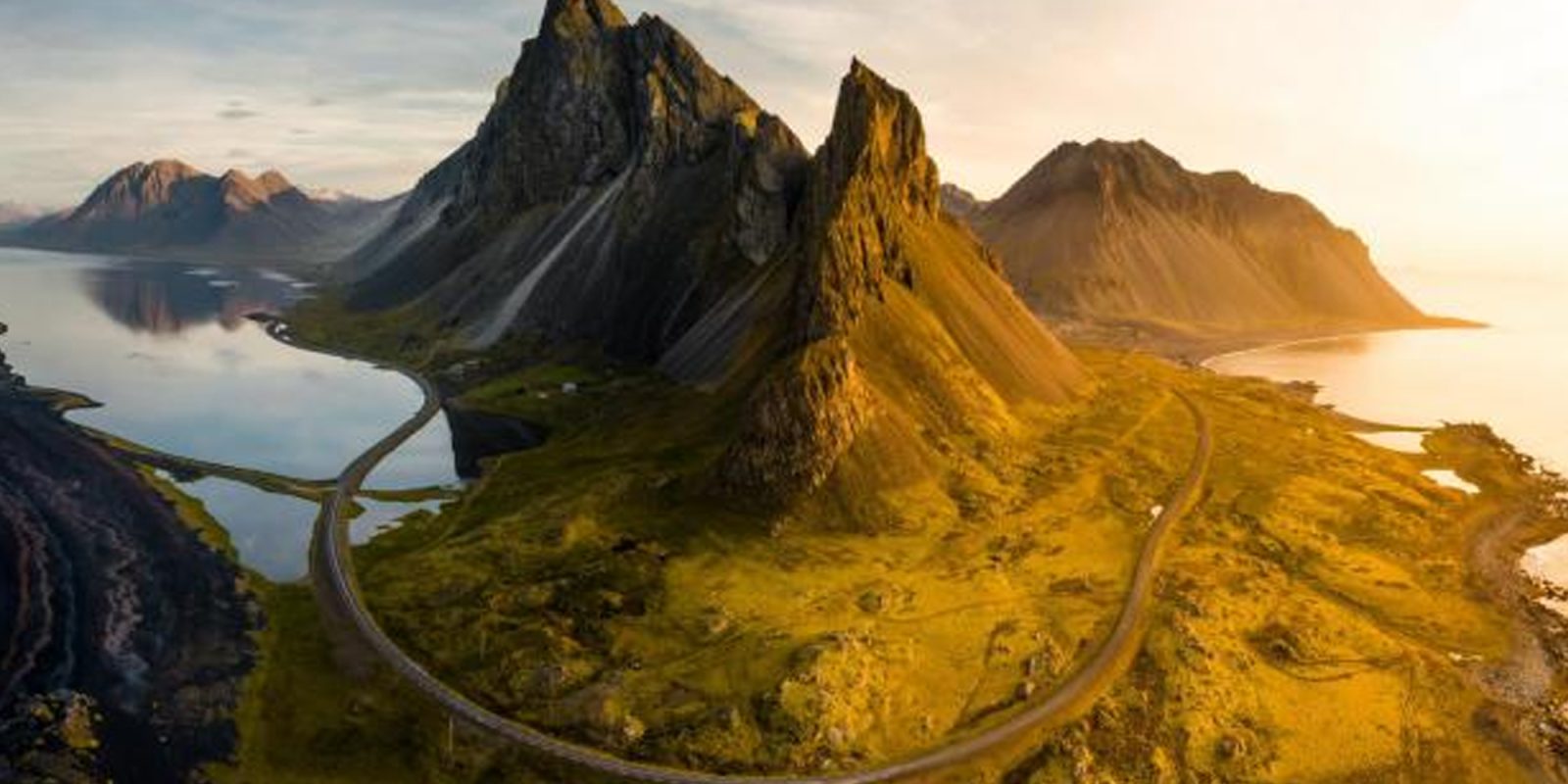 Hugo Healy is a 25-year-old photographer from Brighton, England. He stitched together four images for this special still. “Having arrived at 3am, in the dark, the daylight slowly emerged until it flooded the scene with golden rays, striking the mountain peaks, creating dramatic contrast. This image has a special light and colour contrast,” he told The Argus.

The photo emerged from a recent road trip he made to Iceland. Healy also made a video of that road trip, and it’s simply not to be missed.

When it comes to great locations for drone photographers, we all know by now that Iceland stands out as one of the best on earth. But Healy took it to new heights.

“I wanted to recreate it for others, portray the sense of wonder, awe, and desire to explore, as these were the feelings that I experienced in this magical location. I want to encourage others to pack their car, hit the road, and explore these wondrous hidden places of our world, ” he says.

Healy uses a Mavic 2 Pro drone to get these shots, although he told mpb he often uses a Mavic Air 2 for some of his riskier sequences. Both DJI and Iceland tourism should take note of his work.

It looks as if Healy had a wonderful trip. You will too.