Drones show extent of the biggest British rockfall in 60 years 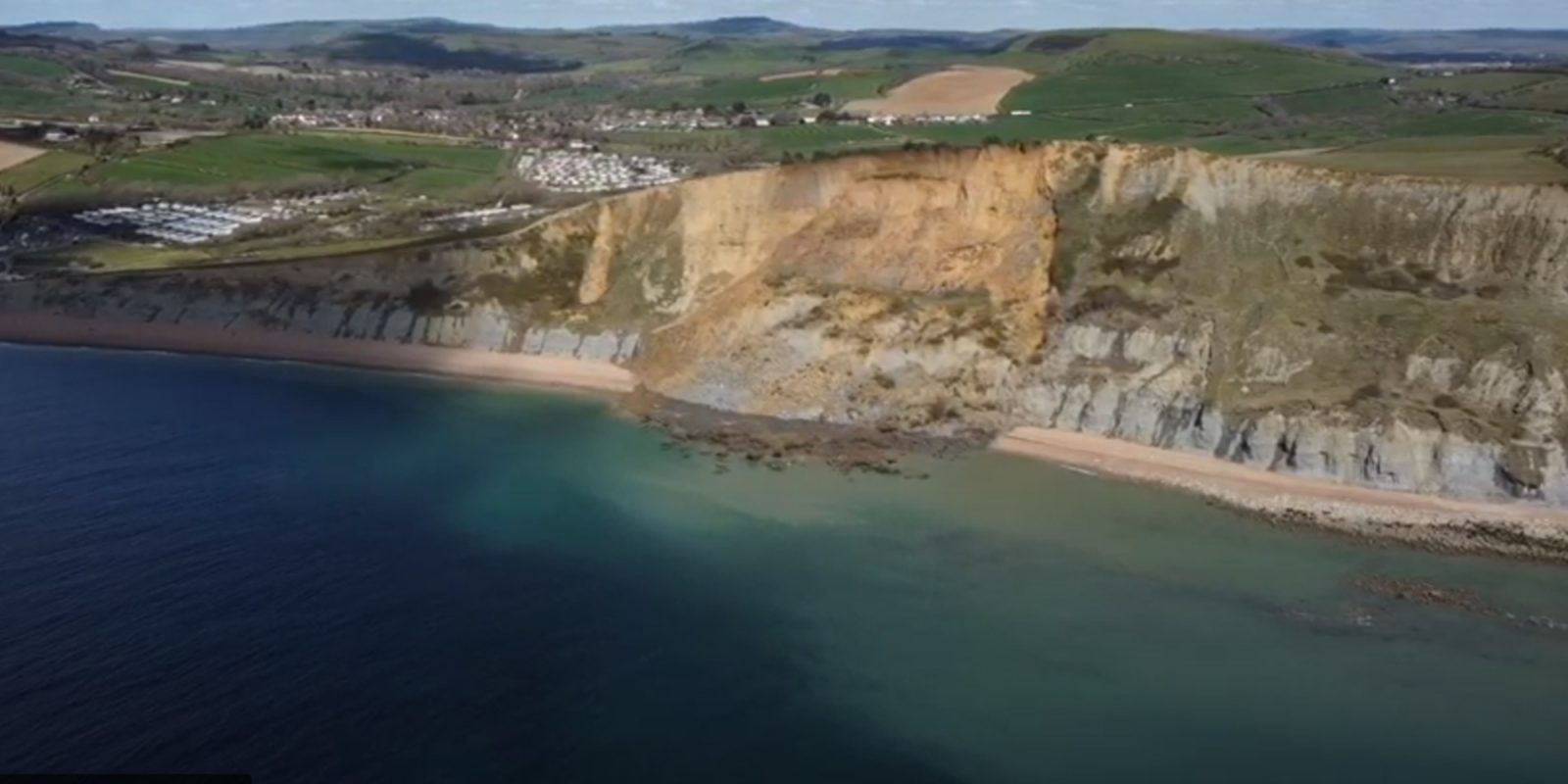 The biggest British cliff collapse in more than a half-century sent 4,000 tonnes of rock down the Dorset coast. Drones reveal just how much rock that is.

The BBC reported that Britain just got “a little bit smaller.” A huge section of a cliff on what’s known as the Jurassic Coast in Dorset collapsed on the beach below. The rockfall happened just west of the seaside town of Weymouth, and Dorset council expects more of the cliff to be lost. People are urged to stay well clear of the area. Parts of the coastal path are cordoned off.

A spokesperson for the council told the Guardian:

Further movement is expected with fresh cracks affecting the fence line but not the coast path. Now the ground is drying out, there is the possibility of more slips and falls and they can happen very quickly.

Here’s another view of the collapse.

The cliff became soaked with rainwater over the winter, and this is apparently what happens when it dries out.

“I’m a geologist so this kind of thing really excites me,” Sam Scriven of the Jurassic Coast Trust told the BBC. “But my second thought is what has to be done to make people know of the hazards.

Drones can give a revealing look at what happens in a coastal collapse that’s not obvious from the ground.

“Wind, waves, and weather all act on the cliffs, which can fall and slip without warning. So stay safe – keep away from the tops or bases of the cliffs and stay off slip material on the beach,” the Dorset council tweeted.

The Jurassic Coast is a World Heritage Site stretching from East Devon to Dorset. Many fossilized creatures are preserved in the rocks. But fossil hunters are warned not to go near the rubble. Just this week the council reported another “substantial” rockfall on the same bit of coastline.